How to spend $700 billion in 6 months on the military

It looks like the Defense Department will finally get the money it wants in 2018 by the end of March if Congress can pass an appropriations bill, but there is one problem. The Pentagon will have to spend $700 billion in six months.

Even as the biggest spender in the world, the military services and DoD say they will have trouble doling out $700 billion in...

It looks like the Defense Department will finally get the money it wants in 2018 by the end of March if Congress can pass an appropriations bill, but there is one problem. The Pentagon will have to spend $700 billion in six months.

Even as the biggest spender in the world, the military services and DoD say they will have trouble doling out $700 billion in just half a year. That’s because some of the money is going toward things that can only be paid for once in a certain time period, mainly operations and maintenance dollars.

“You can’t double train in the same period of time,” Walters said.

You can’t fix a plane that hasn’t broken yet, for example. That’s why Congress put a one-year limit on operations and maintenance (O&M) funds as opposed to procurement funds, which DoD has three years to spend before it dries up. So right now DoD has to either spend the money by Sept. 30 or it will lose it.

DoD still doesn’t know how much O&M money it will have to spend for 2018 without an appropriations bill, but the 2018 defense authorization act allows for nearly $250 billion for O&M accounts.

So, how is DoD going to spend it all in 2018? It’s going to ask for more time. But there are a lot of options as to how that will happen and a lot of regulations to untangle.

“O&M also pays for a lot of other things so we are going to have to deconstruct those funding lines and find out which ones make sense to give us the authority to cross the fiscal boundary. [Congress] hasn’t agreed to that yet, but we’re working on that because the [Bipartisan Budget Act] got us to the things to the things I just talked about. All the services have increased their lethality,” Walters said.

A couple of options are being thrown around, but DoD is no doubt going to have to move some serious money around in 2018 and 2019.

House Armed Services Committee Ranking Member Adam Smith (D-Wash.) said DoD might just have to do everything in an ad hoc fashion.

“I believe that it will happen. I do believe we will get an omnibus by March 23. But there’s still a couple things to jump over. … What’s going to happen is the Pentagon’s not going to be able to spend all the money. So we are going to get a lot of requests for reprogramming along the way. Whether or not we do something formally to spend the money in the new year, I don’t know, but we are going to set a record for reprogramming requests starting about the second half this year. We will see what those reprogramming requests are and which ones the majority wants to grant and don’t, but that’s the way I think they’ll handle the money for the next six months,” Smith said.

Reprogramming can be tricky for DoD. It basically moves funds from one account to another and in small amounts. DoD can do it as long as it notifies Congress.

In larger amounts, DoD has to receive approval from Congress to move money from one account to another.

According to the DoD comptroller, Congress needs to approve reprogramming requirements for any increase or decrease of $15 million or more.

And if the O&M budget ends up being nearly $250 billion, that’s going to be a lot of approvals and potentially a lot of partisan bickering.

There are some other longer term options.

Walters is a fan of reprograming on a larger scale.

“Look, you’ve got to give us a little more time to spend the 2018 money and we have low threshold reprogramming authorities right now. What I say is triple it and put whatever hooks you want in.,” Walters said. “Triple the authority and if we are going to go over that existing authority right now make us come over a week before we are going to do it and brief you, I don’t care, just give us the authority for 2018 dollars across the 2019 line.”

Of course, that gives up some of Congress’ constitutional power. It is giving up some of its power of the purse and oversight by letting DoD transfer money without congressional approval up to $45 million.

Seven Democratic and Republican senators wrote a letter to the Senate Appropriations Committee March 5, to explore other options.

The letter proposes making an exception to the “80/20 rule, which  states DoD can’t spend more than 20 percent of its budget in the last two months of the fiscal year. That’s something that might further hamper DoD’s ability to use its O&M money before the timer hits zero.

That’s something Sen. Roger Wicker (R-Miss.) is suggesting as well. He thinks giving DoD two years to use O&M money might help out.

“The fact of the matter is the legislative process has changed, so I think we should try on this one area that has been pointed out by the studies as problematic and see how that works,” Wicker said.

Lt. Gen. John Murray, the Army’s deputy chief of staff for G-8, said expanding the O&M timeline would be beneficial as well.

“To me it would make sense for some sort of slip. I’ve heard people say two years,” Murray said. “There’s going to be a lot of issue with that. I think it makes sense for Congress to at least consider that if you had a six month [continuing resolution] that you get a year to spend the money appropriated to be spent for a year.”

Not all the services are in a bind by the six month time crunch though.

Air Force Secretary Heather Wilson said she thinks her service will be fine in spending its O&M money in time.

“We have not been sequestering ourselves or operating on last year’s budget so we don’t have the problem of how do we expend, how do we ramp up expenditure in the last six months when we were underspending the first six,” Wilson said. “There was a certain amount of risk with that decision, but we have been operating as though we would get the 2018 budget roughly where we expect it to be. What we will have to do in the last six months is a lot of the new contract starts will be compressed into that six months and that’s difficult to do.” 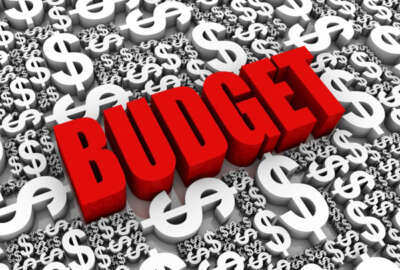 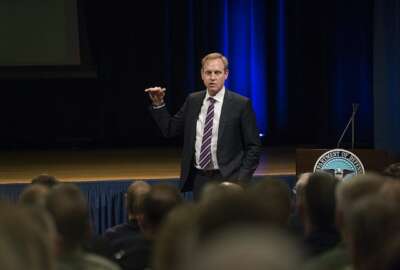