It’s been several years since budget challenges caused federal agencies to offer widespread buyouts and early-outs to their workforces, but the Defense Contract Management Agency is finding itself in that position now.

DCMA cites budget pressure as it begins to reduce workforce

It’s been several years since budget challenges caused federal agencies to offer widespread buyouts and early-outs to their workforces, but the Defense Contract Management Agency is finding itself in that position now.

DCMA has implemented Voluntary Separation Incentive Pay (VSIP) and Voluntary Early Retirement Authority (VERA) programs because of shortfalls in both its operations and maintenance budget and in the money it receives via the Defense Acquisition Workforce Development Fund, according to a memo to employees obtained by Federal News Network.

The agency wants to use the authorities to reduce its headcount by 301 positions in the areas of contract closeout, commercial item determinations and funds cancellation, but officials cautioned it is only the “first step.” Interested employees will have to decide quickly — applications are due April 27.

Congressional appropriators gave DCMA’s O&M budget only a slight cut in 2020 — down 0.5% from the previous year. But the Trump Administration has proposed even larger cuts for 2021 as a result of Defense Secretary Mark Esper’s Defense-Wide Review of all “fourth estate” DoD agencies. That review targeted $111.7 million in savings in DCMA.

According to its 2021 budget proposal, DCMA is one of the few DoD agencies that’s a net “revenue generator” for the department. Officials say the return on investment over the past four years has been about $3 for every dollar appropriated toward the agency. — JS

The Defense Production Act is being used to source urgently needed goods and services in response to the coronavirus. Where the money actually goes can get a little murky, however. The American Enterprise Institute is tracking how the government is spending DPA money in response to COVID-19.

The tracker identifies companies by state, sector and response to the DPA. For example, Dead of Night Distillery in California, a company that usually makes distilled spirits, is using some of that potent alcohol to make hand sanitizer for the government.

AEI admits the tracker is not perfect, but the think tank is trying its best to stay up to date.

“Despite our best efforts, we know we have room to grow. For example, in Michigan alone, a reported 600 companies are responding to COVID-19 in some shape or form,” the website states. “We welcome the opportunity to refine and expand our current research based on user feedback and interaction.” — SM

DoD’s institutions of higher learning – including the U.S. Naval Academy – have tended to shy away from in-person graduation ceremonies in the midst of the coronavirus pandemic. The U.S. Air Force Academy bucked that trend this weekend, even if it had to adapt the usual pomp-and-circumstance a fair amount.

967 cadets — including the first 86 academy graduates to join the new U.S. Space Force — received their diplomas on Saturday in a modified ceremony in Colorado Springs. Vice President Mike Pence delivered the commencement address, during which cadets stood eight feet apart from one another.

In another departure from the norm, no friends or family were allowed to attend the commencement, though they were able to watch via a live stream. The ceremony did, however, include the usual Thunderbirds flyover.

This year’s class graduated about six weeks earlier than usual, also because of the pandemic. The entire school has been holding classes via distance learning since March, when the academy also sent most freshmen sophomores and juniors home. — JS

The National Guard Association of the United States is calling on the Defense Department to provide Guardsmen with transitional healthcare as they come off deployments related to coronavirus. In a letter to Personnel and Readiness Undersecretary Matt Donovan, NGAUS President J. Roy Robinson said National Guard member need TRICARE benefits for six months to “help cope with post-deployment health issues.”

More than 30,000 Guard members have already been deployed in response to the coronavirus.

“Federal law is clear in its intent to provide all service members with transitional medical coverage after they serve during a war or national emergency,” Robinson said. “The problem is, Guard soldiers and airmen are mobilized under language — section 502(f) of Title 32 — that does not specifically mention such coverage.”

Title 32 pays for the National Guard with federal funds, but keeps the forces under the jurisdiction of the individual states. — SM

On a normal day the Defense Logistics Agency’s Disposition Services group spends its time finding new users for the military’s excess property , either other military units or other federal, state or local agencies.

But with the onset of a global pandemic, many of those “excess” items were suddenly critically in-demand. So about 300 Disposition Services employees at warehouses across 42 states are now reporting those critical assets to a COVID-19 task force at DLA headquarters.

So far, the task force has found new homes for 50,000 excess items, from N95 respirators to ventilators to vehicles and tents. By law, federal customers, including FEMA, have first priority for the excess property. But much of it has gone to state and local governments, including schools and law enforcement agencies, the agency said.

In one case, a retired Massachusetts National Guard truck is being used to deliver school lunches in Pennsylvania. Used computers have been popular too, as schools have had to find ways to deliver distance learning to students who don’t have capable devices at home. — JS

Germs aren’t the only thing the Defense Department needs to clean up during the coronavirus outbreak. A Government Accountability Office report published last week said DoD needs to take “decisive actions” to improve its cyber hygiene.

The report found DoD has not fully implemented three of its key initiatives to improve the way employees practice cyber habits. Those programs are the Culture and Compliance Initiative, the Cyber Discipline Plan and Cyber Awareness training. GAO found holes in each of the programs showing areas where the initiatives never took off, places where DoD never reported progress and trainings that were never completed.

GAO made seven recommendations, the first being pretty obvious: Fully implement the programs. Besides that GAO said DoD leaders need to be more informed on cyber hygiene and practices and that specific entities need to be designated to monitor how the programs are implemented. — SM

Fifteen watchdog groups are speaking out against a legislative provision proposed by the Defense Department for the 2021 National Defense Authorization Act that would weaken lobbying laws. The provision would water down restrictions on lobbying activities by former senior DoD officials. It would also replace the words “lobbying activities” with the more narrowly defined “lobbying contacts” in the law.

The Project on Government Oversight, Open the Government and other organizations wrote to the leaders of the Armed Services Committees in opposition to the proposal.

“The department’s proposal would undermine the effectiveness of ethics laws to prevent undue influence, and therefore must be rejected,” the letter states. “Given the number of former industry officials and lobbyists in leadership, the proposal appears to be self-serving for their own future employment prospects.” — SM 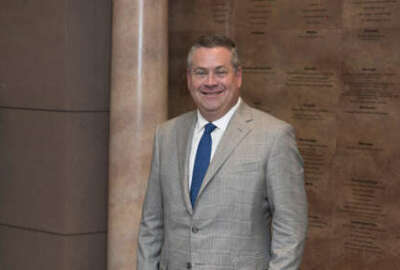