In a statement this weekend, the department said it would use Title III of the DPA for $133...

The Pentagon plans to announce contracts Monday, April 13, that would mark its first use of the Defense Production Act to fight the COVID-19 pandemic.

In a statement this weekend, the department said it would use Title III of the DPA for $133 million in spending to boost domestic production of N95 respirator masks over the next 90 days. The White House approved the projects on Friday evening.

DoD already uses Title III fairly routinely to issue contracts that shore up its domestic supply chain, but this would be its first use for the coronavirus. That section of the 1950 law is distinct from Title I, which gives agencies emergency powers to issue “rated orders” and demand that companies make and sell particular items to the government. —JS

Pentagon gets relaxed oversight rules for OTAs during COVID-19 pandemic

Many government procurement experts have already expressed concerns with the relatively low level of oversight involved in DoD’s use of other transaction agreements. During the coronavirus pandemic, they may receive even less.

As part of the CARES Act, Congress let the department delegate approval authority for new other transaction agreements to lower levels of the acquisition chain of command when DoD components are buying items related to the national emergency.

Last week, Ellen Lord, the undersecretary of Defense for Acquisition and Sustainment issued a memo laying out those new delegations. Among them: her office will no longer have to approve COVID-related OTAs worth more than $500 million; those can be greenlit by senior procurement executives in the military services. And approval awards below $500 million can be pushed even lower.

The CARES Act and the memo also do away with the requirement that Congress get advance notice when DoD plans to use an OTA. For this category of emergency awards, the department will simply have to notify lawmakers they’ve issued an OTA “as soon as practicable.” —JS

After last week’s kerfuffle over the situation on the USS Theodore Roosevelt, Congress wants answers on how the Defense Department is protecting service members from the coronavirus. Rep. Stephen Lynch (D-Mass.), the House Oversight and Reform National Security Subcommittee Chairman wants DoD to provide an inventory of medical supplies, COVID-19 tests and hospital beds for each combatant command.

“Without essential medical supplies and personal protective equipment, the coronavirus crisis could expand rapidly from a medical risk for DoD personnel to an operational and strategic threat to our national security interests,” Lynch wrote in a letter to Defense Secretary Mark Esper. “It is critical for Congress to have a complete understanding of any equipment or capability limitations the Department and military planners have identified so that supplemental appropriations can be made in forthcoming legislation to support the health and readiness of our military forces.”

Lynch pointed to how quickly the virus spread on the Roosevelt, noting the number of cases on the ship grew from eight to 173 in a matter of 11 days. —SM

The Air Force says coronavirus hasn’t completely closed off its pipeline of new recruits, but the pandemic has crimped it in significant ways.

As of Friday, the service was onboarding recruits at only about 60 percent of its normal pace, partly due to a week-long pause in basic military training (BMT) to improve social distancing measures and sanitize barracks. But Lt. Gen. Brad Webb, the commander of Air Education and Training Command told reporters it was infeasible to halt basic training for much longer than that.

“In BMT, we normally graduate about 3,000 airmen each month. If we stand this capability down for a month, it will take a year to recover,” he said. “Currently, we are accepting only about 460 new trainees every week instead of the usual 600 to 800.”

Also, the Air Force is testing a “proof-of-concept” in which it’s doing some BMT at Keesler Air Force Base in Mississippi instead of the usual location at Joint Base San Antonio-Lackland. Keesler hasn’t hosted BMT since the 1960s, but officials hope the measure will improve safety by reducing travel for new airmen, since that’s the base where post-BMT technical training happens for 160 different career fields.  —JS

One unexpected repercussion of the military stop move order is having an effect on man’s best friend. Heather Blas at Continental Pet Relocation — a company that helps send pets to their military owners during permanent changes of station — says her company is unable to send pets to their owners if they made a move before the order went into effect.

Blas says her company has pets from 33 families, most of which are military families.

“We are only able to move pets on only a few select nonstop direct routes,” Blas said. “Most of our military relocations are to Germany, Italy, Korea, and Japan so unfortunately there are currently no options for pet flights at this time. We are in a holding pattern, but keeping everyone up to date and eligible for country import once the flights resume.” —SM

Despite all the halts in progress due to the COVID-19 outbreak, Army’s Future Command is moving forward with some of its prototypes for more innovative weapons. The command conducted the first soldier-operated flight during an assessment of the Future Tactical Unmanned Aircraft System last week.

The Army plans to award its $100 million drone contract by the middle of 2022. Currently four companies are developing competing prototypes for the award to replace the RQ-7 Shadow.

The Arcturus JUMP 20 weighs 210 pounds and has an 18-foot wingspan. Over the next several months five battalions will test the different prototypes including the Martin V-Bat, Textron Aerosonde HQ, L3 Harris FVR-90, and a second Arcturus JUMP 20. —SM

U.S. Transportation Command is planning an overhaul of its system for moving servicemembers’ household goods around the world. TRANSCOM believes moving to a single service provider to manage all of its arrangements with moving companies will dramatically improve service while keeping the government’s costs about the same.

But it’s hard to know whether that’s true, according to the Government Accountability Office, because the command doesn’t plan to conduct a detailed manpower study until three years after the new Defense Personal Property Program contract has started. TRANSCOM said the waiting time has to do with the fact that the new contract won’t be fully phased-in until year three.

“However, we have determined that TRANSCOM does not have a process in place to track data that would inform its manpower study in year three, such as how many personnel within each military service are needed to perform contract oversight duties and the costs associated with these personnel,” GAO wrote in a report last week.

The GAO findings are likely to be of interest to some members of Congress who have expressed worries that the revamped personal property program could end up repeating some of the mistakes DoD made in its privatized housing program. In that case, the department has acknowledged the housing quality issues stemmed mainly from inadequate contract oversight. —JS

The Armed Services YMCA and Care.com are helping service members who need childcare during the coronavirus outbreak. The two organizations are offering free, 90-day premium memberships to the 25,000 service members who depend on the YMCA for childcare or before- and after-school care. The membership will provide access to caretakers in their community.

Service members can go to asymca.care.com to enroll to find childcare or to provide childcare. About 1.6 million children have a parent in the military. Since the crisis, service members have said childcare has been especially hard to find.

“It’s difficult to get childcare without a crisis, it’s impossible to get it during a crisis,” one Air Force spouse told a recent “Pain Points” survey by Blue Star Families. “My special needs child requires four Pediasure a day to avoid having a feeding tube. The stores are limiting Pediasure sales and they are running out. What do I do?” —SM 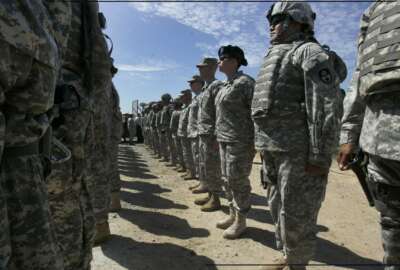 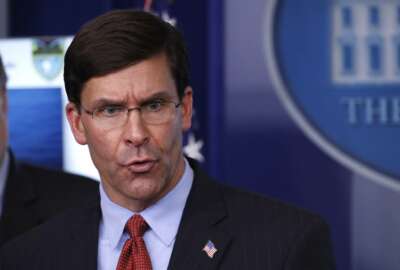 Military relief organizations bracing for surge in requests from coronavirus