A new top cybersecurity position may be forthcoming
The United States may have a new top cybersecurity position within the White House as Jim Langevin, chairman of the House Armed Services Emerging Threats and Capabilities Subcommittee, got an amendment to the House version of the 2021 National Defense Authorization Act that will create a National Cyber Director within the executive office of the president.

The position would serve as the principal advisor to the...

A new top cybersecurity position may be forthcoming

The United States may have a new top cybersecurity position within the White House as Jim Langevin, chairman of the House Armed Services Emerging Threats and Capabilities Subcommittee, got an amendment to the House version of the 2021 National Defense Authorization Act that will create a National Cyber Director within the executive office of the president.

The position would serve as the principal advisor to the president on cybersecurity strategy and policy. The role would also consult with federal departments to develop the U.S. national cyber strategy and supervise its implementation.

Langevin told Federal News Network that he pushed for the role because the Trump administration got rid of the cybersecurity coordinator position on the National Security Council, and because cybersecurity needs a leadership position in the White House.

“The position would be really be heavily involved in coordinating all the defensive cyber policy for the country,” Langevin said. “They would be the person that is coordinating defensive cyber policy to protect the country from cyber incidents of significant consequence. In order to do that, you really need somebody at the top and helping to coordinate that to begin with, and that has both policy and budgetary authority to reach across government, see across government, understand where the cyber vulnerabilities exist in the first place.”

Lawmakers from both sides of the aisle co-sponsored Langevin’s amendment. The provision also creates two deputies — one for strategy, capabilities and budgets, and another for plans and operations.

“We’re trying to prevent the next Office of Personnel Management hack from happening with this role,” Langevin said. “That OPM hack was probably one of our worst intelligence failures and pulled off likely by China. It stole valuable security clearance data of people applying for security clearances in very, very sensitive positions. That data being stolen, and what the Chinese can now do with it, is going to damage our national security for decades to come.” — SM

Defense employees, both in and out of uniform, are no strangers to computer-based training requirements. But another big one just landed on their plates.

It’s big in the sense that it applies to every single military member, civilian employee and contractor working for the Defense Department. It’s made up of four mandatory courses, all focusing on operational security.

DoD employees and contractors have until Sept. 18 to finish the training, which was developed by the Center for the Development of Security Excellence, part of the Defense Counterintelligence and Security Agency.

He did not specify which leaks or which types of leaks had prompted the new concern, but the comments came in the context of questions from House members about news coverage of alleged bounties paid by the Russian government to the Taliban to target U.S. servicemembers in Afghanistan.

However, Esper and other DoD officials have said the intelligence about the bounties did not originate with any of DoD’s intelligence agencies, and that the department has no information to corroborate it. —JS

Controversy brewing over military use of Esports

Esports have been a boon for recruiting in the military, especially for the Army. However, that could potentially come to an end. Rep. Alexandria Ocasio-Cortez (D-N.Y.) introduced an amendment to the House defense appropriations bill that will ban the use of funds for the armed forces to maintain a presence on Twitch or any other video game, Esports or live-streaming platform.

The Army said Esports have helped it reach people who would have never thought of joining, and helps bring in people with diverse skills. The military services each have teams that compete in Esports tournaments and attend conferences.

However, there have been controversies surrounding the teams.

The Knight First Amendment Institute at Columbia University sent a letter to the leaders of the Navy and Army recruiting commands stating that the military is violating free speech. The Army and Navy banned viewers of its Esports live stream after they questioned military misconduct on the stream’s comments, specifically war crimes.

“The Army and Navy Esports teams’ banning of users based on their speech about war crimes is unconstitutional,” the letter states. “When the government intentionally opens a space to the public at large for expressive activity, it has created a ‘public forum’ under the first amendment, and it cannot constitutionally bar speakers from that forum based on viewpoint.”

The argument has precedent. Last year, a federal appeals court ruled that President Donald Trump cannot block someone on Twitter because they criticize or mock him. The court stated that the account is used to conduct government business and therefore he cannot exclude Americans from reading his posts.

The Army contends that the users violated the terms of service of the streaming platforms.

The Nation also reported that the Army was linking to fake giveaway contests, which Twitch has since put an end to.

The House Rules Committee will decide if the amendment can go forward on Monday. — SM

Among the numerous other ways the COVID-19 pandemic has affected DoD’s operations this year, it’s also created roadblocks along the department’s path toward earning a clean opinion on its financial audit.

Officials said the main problem has been travel restrictions. Among other things, they’ve prevented the thousands of independent accountants working on the audit from making site visits to military installations, where they uncover financial management weaknesses but also verify whether previous problems have been fixed.

Douglas Glenn, DoD’s assistant deputy chief financial officer, said that’s meant DoD hasn’t been able to close as many of its outstanding notices of findings and recommendations as it hoped.

It also will likely mean that the department won’t be able to eliminate a key material weakness from its financial statement, known as funds balance with Treasury. That weakness essentially indicates DoD is unable to balance its checkbook with the Treasury Department. It’s only one of 25 material weaknesses DoD still has, but officials had made it a priority for this year.

“Unfortunately I think COVID thwarted our chance of knocking down that material weakness this year,” he said during an event hosted by the Association of Government Accountants. “But if I was in Vegas, I’d be betting — and I literally have said this to Congressional staff — that we will close that material weakness next year.”

The pandemic may also delay the first clean audit for a military service. For years, DoD has been hoping the Marine Corps would be the first service to gain a clean opinion, and before COVID, officials had anticipated it would finally happen this year. —JS

The Joint Chiefs of Staff are meting out responsibilities to each of the military services to better joint operations for air, sea, land, space and cyber so the Pentagon can have a full picture of the battlefield and deliver strikes across domains in short periods of time.

“Each of the services have has been given a line of effort that we were responsible for leading. Ours is Joint All-Domain Command and Control (JADC2),” outgoing Air Force Chief of Staff Gen. David Goldfein said.

“DoD makes an analogy with the ridesharing service Uber. The Uber application calculates a user’s geographic position and the position of available drivers. It transmits information over a cellular or Wi-Fi network and matches the customer to the ride through artificial intelligence and machine learning,” the report states. “The user’s screen provides situational awareness of his or her position, identifies features in the vicinity, the location of the driver, supports data exchanges, and can coordinate multiple responses and riders in the same car. The military services contend that enhancing old processes and capabilities is insufficient. Each service is advocating for this type of advanced technology to support operations in a highly contested fight, ensuring not just cars, but aircraft, munitions, satellites, ships, submarines, tanks, and people are at the right place at the right time prosecuting the right target with the right effects, in seconds.”

Of course, just seeing the battlefield is only part of the total picture. Goldfein said the “Navy is looking at global and joint fires, the Army is looking at logistics and how we deal with logistics under attack.”

The services are doing something called “prisoner exchange” to facilitate connection between the branches.

“I’m going to give my best colonels,” Goldfein said. “One to the Army, one of the Navy, one of the Marine Corps, and they’re going to work on that chief’s team, on that common house team, to be able to ensure that we drive forward on joint solutions.” — SM 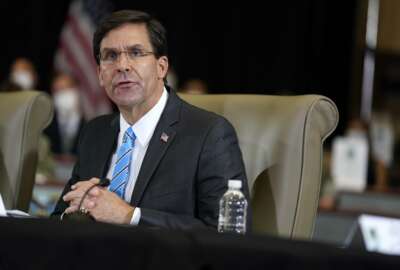 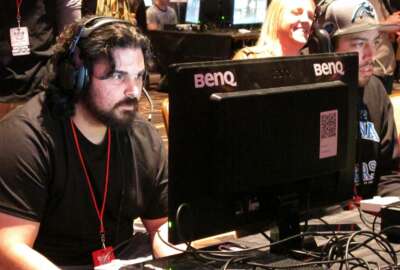