DoD is not getting what it wants from subsidized industry research
Most of the $4 billion to $5 billion the Defense Department gives to corporations each year to subsidize their research is not used in ways that work toward the Pentagon’s goals, a report from the Government Accountability Office found.

The study may be further ammo for DoD’s previous effort to have more control over the way corporations use their independent research and development...

DoD is not getting what it wants from subsidized industry research

Most of the $4 billion to $5 billion the Defense Department gives to corporations each year to subsidize their research is not used in ways that work toward the Pentagon’s goals, a report from the Government Accountability Office found.

The study may be further ammo for DoD’s previous effort to have more control over the way corporations use their independent research and development (IRAD) money; something the companies have strongly fought against.

“DoD does not know how contractors’ IRAD projects fit into the department’s technology goals,” the authors of the report wrote. “As a result, DoD risks making decisions about its multi-billion dollar science and tech investments that could duplicate work or miss opportunities to fill in gaps that the contributions of private industry do not cover.”

In 2018, only 38% of corporations’ IRAD money went to the 10 topics DoD has outlined as its most important modernization priorities like cyber, artificial intelligence, microelectronics and biotechnology.

Corporations spent about 80% of their IRAD month on short-term investments intended to maintain near-term profitability, according to the report. Only 20% went to long-range research investments meant to disrupt current technologies. Those longer-term investments are the ones DoD has been telegraphing a need for since the middle of the Obama administration when the Pentagon shifted its focus to near-peer competitors like China and Russia. One of the first big pushes for renewed radical innovation came from the Third Offset Strategy, headed by former Deputy Defense Secretary Bob Work, which sought to keep the United States technologically superior to its adversaries.

“The unique business environment in which many defense contractors operate — DoD is often their primary or only customer — incentivizes them to pursue IRAD projects that they anticipate will be of interest to DoD and offer potential future business opportunities,” according to the report. “This dynamic contributes to a natural feedback loop that exists between DoD and the defense industry regarding IRAD. Essentially, contractors rely on DoD to communicate its modernization needs as a key input to the IRAD projects they choose to undertake, and DoD relies on contractors to share information about these projects to inform DOD of industry’s progress in advancing technology.”

However, according to Dan Grazier, a fellow at the government watchdog group Project on Government Oversight, the IRAD process has been disjointed for years.

“IRAD has long been a way for the defense industry to get the government to pay them to develop products that aren’t likely needed,” he told Federal News Network. “If the contractors can convince someone in the government to sign off on a program, they will get paid again to develop the product further before selling the product through a cost-plus program.”

Grazier also cast doubt on the concept as a whole.

“The services should already have a solid operational concept. In other words, they should know how to fight. Based on that knowledge, service leaders should develop the necessary requirements for a particular weapon or piece of equipment then approach industry to build them the simplest possible tools to carry out their missions. IRAD, as this report shows, is used to conduct expensive technological fishing expeditions that rarely produce more than marginal improvements to existing products.”

GAO found that DoD did not do itself any favors in trying to get insight into companies’ research to Grazier’s point.

“DoD acknowledged in a 2010 memorandum that it lacked sufficient insight into industry IR&D projects and the extent to which these reimbursements have helped DoD improve its military capabilities,” the GAO authors wrote. “Such information gaps bring into question the benefits DoD has obtained from the tens of billions of dollars it has reimbursed defense contractors over the past decade for expenses incurred for IRAD.”

In 2014, DoD changed its policy on IRAD by lowering its oversight of the programs. The 2014 policy makes no mention of considering the work and accomplishments of contractor IR&D programs when planning, programming, and budgeting for research and development.

Luddy said he does not think DoD does enough to leverage private investments like IRAD through developing technology roadmaps or program requirements.

The National Defense Industrial Association and the Professional Services Council were also contacted for this story, but did not chose to comment.

GAO suggested that DoD review projects annually as part of its strategic planning process for IRAD, however the report may give the Pentagon more fuel to revisit an IRAD rule change it proposed in 2016.

The rule would require companies to describe in detail the nature and value of prospective IRAD projects on which the company would rely to perform a contract.

The rule stemmed from DoD’s concern that companies were using IRAD money when calculating a bid for a contract to make it look like the they could do a job for less. Basically, using IRAD to subsidize their contract rather than using it to explore innovations.

Defense industry groups fought against the rule and it eventually faded away. Now DoD can turn to the GAO study to show that IRAD funds are not being used in the way the Pentagon hoped they would. — SM

More huge single-vendor IT awards in the DoD contracting pipeline

The Defense Department is still fending off court challenges from two major instances in which it decided to take a winner-take-all approach to information technology contracting. But that evidently hasn’t deterred officials from continuing to structure high-dollar-value contracts as single-award.

In two upcoming contracts, DoD plans to consolidate several smaller existing awards into a single large one, while building new capabilities at the same time.

In the first, the Defense Health Agency is preparing a final solicitation for a single integrator to manage what it calls the Enterprise IT Services Environment. The EITSI blanket purchase agreement, which DHA plans to issue under GSA’s IT Schedule 70, will last up to 10 years; it’s estimated to be worth $662 million over that timeframe.

DHA said the EITSI contractor will handle overarching tasks like general IT management and service management, while specific functions like cloud hosting and end user hardware will be handled by other contractors, which the EITSI vendor will help oversee.

“This strategy optimizes centralized control by awarding coordination, integration, and management activities to a contractor that specializes in these capabilities,” officials wrote in a draft performance of work statement issued Friday. “It enables reduction of site-specific solutions and increases in centrally managed IT services because separate contracts … can be awarded for new or modernized services while the [EITSI contractor] provides continuity.”

But to award the EITSI BPA, DHA will have to bundle together six of its existing contracts – four of which are with small businesses.

“Currently, several tools purchased by the government are being utilized at a fraction of their potential due to ineffective and fragmented deployment of the tools across the six separate contractors,” officials wrote in a legally-required bundling justification document earlier this year. “Having one contractor properly deploy the tools across the enterprise with the integrated staffing necessary to use all of the tools’ capabilities will bring those efficiencies and resultant cost savings to fruition. Additionally, bundling the six into one contract will eliminate the duplication of administrative management efforts on the government side.”

DHA estimates consolidating those contracts into one will save $162 million over the 10 year period. The agency says it’s also a necessary part of its new responsibilities to manage the IT for the military’s entire network of hospitals and clinics, and that it fits in with DoD’s Fourth Estate Network Optimization (4ENO) initiative.

And that brings us to our next big single-award contract. Under 4ENO, the Defense Information Systems Agency is supposed to take over “common use” IT for 22 Defense agencies, while the agencies themselves continue to deliver mission-specific IT services.

To build and maintain that common-use network, DISA is planning an even bigger single-award indefinite-delivery/indefinite quantity contract, called Defense Enclave Services. The agency expects it to be worth $11.7 billion over 10 years.

According to a draft RFP DISA issued earlier this month, the contractor is expected to use the “DoDNET” architecture DISA is already building for 4ENO as the technical baseline, and migrate 11 DoD agencies to the new common network by 2025; nine more are expected to follow in 2026.

“DES will provide all required transition, infrastructure, network operations and management engineering and innovation, cybersecurity, and technical refresh support services for a [single service provider] network environment with all 4th Estate users,” officials wrote in the draft solicitation. “DES will also support the legacy operations and sustainment requirements of Defense Agency and Field Activities mission partners as separate task orders until such time that the DAFA is ready to fully implement standardized DES operations and management.”

Like DHA, DISA said one of the primary goals of the single-award approach is to reduce the costs and complexity of multiple contracts managing its enterprise IT environment.

In this month’s draft solicitation, the agency said it wants to “provid[e] singular Command and Control focus across DAFAs for Common Use IT operations, decreasing redundant costs and enhancing cybersecurity,” “reduce contract overhead through the consolidation of multiple support contracts,” and “generate and identify opportunities for new technology insertion to enhance the cybersecurity posture of DISA and its mission partners.” —JS

The Pentagon on Friday announced selections for two of the most important positions in its IT leadership structure.

Maj. Gen. Robert Skinner has been nominated to be the next director of the Defense Information Systems Agency, the department said. Skinner is currently the chief information officer/J6 at U.S. Indo-Pacific Command. He’ll replace Vice Adm. Nancy Norton.

It’s unclear exactly when the leadership transition will happen, but February would be a reasonable estimate: the position is a three-year tour, and Norton assumed the post in Feb. 2018.

On the same day, DoD announced the nomination of Marine Corps Maj. Gen. Michael Groen to lead the Joint Artificial Intelligence Center. He would be the second director of the organization DoD created in 2018 to synchronize AI activities across the military services.

Its first director, Lt. Gen. Jack Shanahan, retired earlier this year. Nand Mulchandani has been leading the JAIC on an acting basis since then. —JS 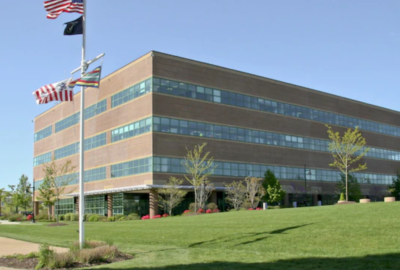