The Navy and Marine Corps are making a serious effort to more heavily incorporate drones into the way the services do business.

The services released an Unmanned Campaign Plan last week that will advance manned-unmanned teaming in naval and joint missions and build a digital infrastructure that integrates drones at speed and scale.

“It is imperative that we employ new and different strategies to win the future fight,” the authors of the plan wrote. “Unmanned concepts allow us to rewrite the narrative on traditional warfare. Through a capabilities-based approach we can build a future where unmanned systems are at the front lines of our competitive advantage.”

The plan comes with points of action that empowers leaders to push for more drone integration. It calls for budgets that bring in unmanned systems across the force; alignment of strategic priorities through studies, exercises and experiments, bringing in personnel to field and sustain autonomous operations and addressing policies and laws that may hinder operations.

The Navy and Marine Corps see areas of opportunity for drones in a handful of areas. One is routine areas like mine countermeasures to protect assess and another is using drones to collect intelligence. The services see drones as a way to increase capacity without as much cost as manned systems and as an opportunity to design new systems for specific needs.

The services are trying to change the narrative around drones as funding a capability rather than funding an independent platform.

To do that the Navy and Marine Corps are planning on investing in drones from a variety of angles, including commercial options and investing in a wide industrial base.

“Maintaining the department’s technological advantage will require cultural changes across the ecosystem, innovative investment strategies, and thoughtful consideration of research protection across the national security innovation base,” the authors wrote. “Successful execution of this campaign requires that the Navy and Marine Corps collaborate with and inform industry and academic partners to develop technologies, concepts, and approaches with naval unique needs in mind.”

The plan says the services will explore opportunities like ocean of things – a program seeks to enable persistent maritime situational awareness through a distributed sensor network over large ocean areas by deploying thousands of small, low-cost floats that transmit data via satellite for storage and real-time analysis.

Other areas of exploration include ships that can operate for long periods of time without humans, drones that are able to swarm enemies and sea trains, which are a system of connected vessels.

During the hearing, Rep. Elaine Luria (D-Va.) said she found the plan short on details and full of platitudes.

Navy leadership reinforced the need for a hybrid force.

“Unmanned systems have and will continue to have be a key enabler of our distributed force lethal scalable connected and cost effective,” said acting Assistant Navy Secretary for Research, Development and Acquisition Jay Stefany. “That is why the Navy is developing a range of unmanned systems to augment our traditional forces and improve in relevant platforms. The hybrid force of the future will provide the Navy and Marine Corps team, the necessary capabilities and capacity to operate in day to day competition, as well as the high-end fight, allowing us to maintain the advantage over our adversaries.” — SM

A little bit of cash can go a long way, especially during a global pandemic, and its showing as the military services are reporting to Congress about the health of their organic industrial base.

Both the Navy and the Air Force took $475 million each from the CARES Act and the beginning of the coronavirus pandemic. The Army, on the other hand, did not and it’s now paying the price.

Army Lt. Gen. Duane Gamble, deputy chief of staff for logistics, says he has “significant concerns” about the Army’s Working Capital Fund and expects it will need a deposit of $600 million to $900 million later this year.

Gamble said the Army is now “pulling levers” to restore cash to the fund. The money will come from inside the Army and the Defense Department.

“There’s almost no doubt in our mind that in the next six to eight months we will need a cash infusion to keep the Army Working Capital Fund solvent to the level where it can continue to produce the readiness it produces today,” Gamble said. “We’re not in bad shape. We are concerned and we’re watching closely.”

The military operates a handful of working capital funds to procure and provide materiel and commercial products and services to its forces. The fund works as a self-supported entity to fund business-like activities like buying parts, maintaining equipment, research and paying for certain personnel functions.

“These funds are designed to break even over the long term through fees charged for goods and services provided,” a Congressional Research Service report states. “Working capital funds offer benefits and flexibility to DoD procurement and disposal of materiel.”

While the Army is struggling, the Navy is in a completely different situation after taking the funds from the CARES Act.

In May, the Navy said it was reducing workforce and output temporarily to deal with COVID-19.

“We were able to exceed production requirements for aircraft and components came within 1% on engines,” Vice Adm. Dean Peters, commander of Naval Air Systems, said. “This was done while adding capabilities at the F-5 heavy line and while expanding capacity, such as on our T-6 line. Financially, we exceeded revenue targets for 2020 and made a very positive contribution to the Navy Working Capital Fund. Our allocation of CARES funding that associated with COVID-19 related costs was critical.” — SM 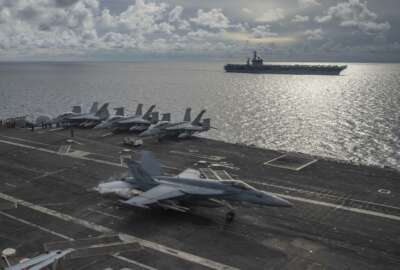 Sharp jump in US Navy transits to counter China under Trump 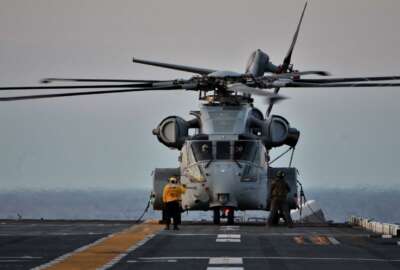