Congress is taking a particular interest in helping the Defense Department plug deficiencies in hard-to-fill positions, especially as near-peer competition with rivals like China and Russia continues to heat up.

“The committee is concerned that Department of Defense recruiting and retention programs...

Congress is taking a particular interest in helping the Defense Department plug deficiencies in hard-to-fill positions, especially as near-peer competition with rivals like China and Russia continues to heat up.

“The committee is concerned that Department of Defense recruiting and retention programs are not as effective as they could be to employ personnel for the challenging types of vacancies the department and the services have,” lawmakers wrote in a report accompanying the bill.

The legislation will direct a handful of reports and plans in order to address hiring shortages.

Perhaps one of the more notable provisions would require DoD to establish a Defense CTE and STEM Education and Workforce Pipeline Strategy after it delivers to Congress a report that delineates the programs and funding levels related to the programs.

“The report should clearly identify any programs and funding that promotes advancement for females, minorities, individuals with disabilities, military students, or veterans,” the lawmakers wrote. “For each program, the report should include the award recipients’ funding amount, use, and the effectiveness of the program to recruit students into CTE or STEM programs or careers in the Department, Services, or defense industry.”

The report would also include how modernization strategies may impact needs for hard-to-fill positions over the next decade.

Congress also wants DoD to coordinate with the Education and Labor Departments and the Department of Veterans Affairs and the Office of Science and Technology Policy on building the strategy.

“The strategy should also provide recommendations on creating and/or modifying all levels of current CTE and STEM programs and funding to develop a comprehensive group of programs to address current and possible future defense workforce gaps in this arena. Within the recommendations, particular emphasis should be placed on programs that encourage women, minorities, individuals with disabilities, and veterans to pursue CTE and STEM careers,” appropriators wrote.

The committee is particularly interested in how DoD can vary hiring authorities. For example, Congress gave the military the authority to conduct spot promotions in the 2019 defense authorization bill, which can move lower-ranking officers into important positions they may not have the grade for.

In a separate provision, the committee wants to keep a closer eye on how DoD is actually keeping up with the need to fill its positions.

The prompting for new information comes as a slew of reports from the RAND Corporation and others show that sexual assault and harassment are causing thousands of women to leave the military each year.

“We use lose nearly 16,000 man hours every single year because of early retention loss to sexual harassment and assault,” said Kayla Williams, who is part of the Independent Review Commission of Sexual Assault in the Military.

A recent report from the DoD Inspector General also found that the Pentagon is bungling the way it tracks cyber positions, often leading to an inability to understand what the military’s needs are.

The report found that DoD was not properly coding filled and unfilled cyber positions — one of the occupations the department is having the most trouble filling.

“The DoD components we reviewed did not always comply with work role coding requirements because the DoD components did not have a quality assurance process that ensured compliance with the DoD coding guide,” the DoD IG wrote.  “The DoD may be unable to properly target its recruitment and retention efforts without completely and accurately coding all of its civilian cyber positions. Until the DoD components’ application of work role codes is complete and accurate, the DoD may not have the information needed to identify and target the recruitment and retention programs to meet its greatest cyber workforce needs.” — SM

COVID prompts Navy to ask: How much office space do we really need?

The military services have long said they have more real property than they actually need. And in case that wasn’t clear prior to the pandemic, the dramatic changes COVID-19 brought to DoD’s willingness and ability to telework added an exclamation point.

So much so that the Navy has started to rethink how it uses its facilities, including how much office space it needs and how that space is used. The reassessment is looking at the degree to which information technology platforms have supplanted the need to work in the office, what types of jobs require in-person attendance, and how facilities should be designed in the future.

“We have more infrastructure than we can afford to maintain. That’s a fact,” Rear Adm. John Korka, the commander of Naval Facilities Engineering Command (NAVFAC) said last week during the Navy League’s annual Sea Air Space symposium in National Harbor, Md. “The focus is on generating readiness and lethality, and so we have to divest of infrastructure.”

Starting with a prototype project at the Washington Navy Yard, the Navy is trying to assess how much real estate it truly needs for each employee.

“We have set up design criteria based on the individual and how often that person may need to be in a building,” Korka said. “You could look at it as hoteling – you may just need a locker to put your stuff. You need a place to come in and connect. We looked at its collaboration spaces, so instead of 100 offices, you may only need five, and then three conference rooms. So we have actually set up the DoD criteria based on the requirements for what you may need.”

And if the Navy’s able to “compress” its actual requirements for office space, it may also be able to stop using leased offices.

Korka said the H.R.-focused assessments involving what types of positions require in-person attendance and how often employees need to be in the office are still ongoing, but in the meantime, NAVFAC is also examining how offices are designed to make them safer during situations like the COVID pandemic.

“We’ve looked at the components of the building, including the HVAC and the sensoring,” he said. “How do you open doors? How do you close doors? Where do you need stations? And so we have established that.”

If the effort yields meaningful reductions in the Navy’s facility footprint, it could help ameliorate the deteriorating conditions in many of its older facilities: like the other military services, the Navy has knowingly underinvested in facility sustainment, restoration and modernization (FSRM) for years.

And the 2022 budget proposal is no different. The service has requested only enough funding to meet about 80 percent of the maintenance requirements for the facilities it currently owns – well short of the 90 percent goal in DoD’s own facility sustainment model.

As of now, the Navy has a backlog of $17.1 billion in uncompleted facility maintenance, according to budget documents. —JS

DoD is lagging on human trafficking enforcement in contracting

The Defense Department has a zero tolerance policy for companies dealing in human trafficking, however a new report finds that the Pentagon is not fulfilling its duties in vetting contractors for violations.

The Government Accountability Office found some DoD components had limited oversight of contractors regarding human trafficking and that 12 of 14 Army and Navy contracting officers GAO spoke with were not aware of their responsibilities on the issue.

Even the Defense Department Inspector General’s Office was lacking. DoD IG failed to report all trafficking violations and investigations in contracts from 2015 to 2020.

“GAO also found that two investigations led to DoD taking action against the contractors, but the Army contracting officers did not report them as trafficking violations in a federal database, as required,” the authors of the report wrote. “DoD guidance and federal regulations have different requirements for who is responsible for this reporting, and the Army has not developed clarifying guidance. Without accurate reporting of actions taken against contractors in this database, contracting officers will lack complete information when making future award decisions involving contractors that engaged in trafficking.”

Since the 1990s, there has been allegations of abuse of foreign workings on U.S. government contracts overseas, according to GAO.

“Previous GAO and DoD IG reports on overseas U.S. military operations have highlighted the persistence of human trafficking among foreign workers employed on contracts,” the authors wrote. “We have reported that many of these individuals come from developing countries, and income disparities between their countries of origin and countries of destination, coupled with exploitative recruiting methods, often make these workers vulnerable to labor abuses.”

In 2017, the Army banned a subcontractor from federal work for almost three years after violating Kuwaiti laws and engaging in trafficking, including withholding payment for work.

GAO is making six recommendations on this issue. They include issuing guidance to reinforce trafficking responsibilities and clarifying which offices should be involved in receiving and reporting trafficking events. — SM 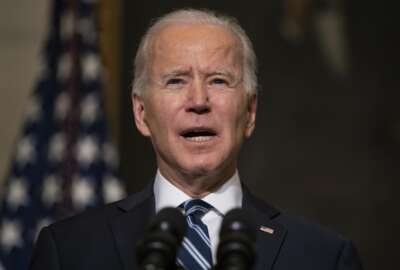 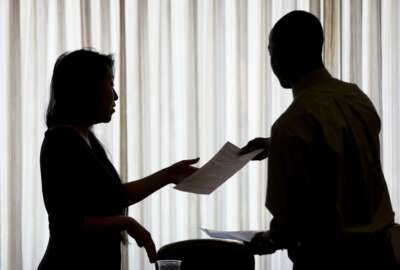