Most agencies rely on job candidates to self-certify their own skills and abilities, but those assessments bring in qualified talent about half the time, according to a federal hiring data dashboard.

The U.S. Digital Service teamed up with the Office of Personnel Management and the General Services to create the hiring assessment and selection outcome dashboard, which went live earlier this year.

They created the dashboard, in part, to help other agencies incorporate more skills-based...

Most agencies rely on job candidates to self-certify their own skills and abilities, but those assessments bring in qualified talent about half the time, according to a federal hiring data dashboard.

The U.S. Digital Service teamed up with the Office of Personnel Management and the General Services to create the hiring assessment and selection outcome dashboard, which went live earlier this year.

They created the dashboard, in part, to help other agencies incorporate more skills-based assessments into their hiring practices.

“Oftentimes today we know that HR offices use both federal resumes and a self-assessment questionnaire that applicants are given at the time that they apply to figure who is or is not qualified,” Stephanie Grosser, a team lead at the U.S. Digital Service, said Tuesday at Tableau’s Government Summit. “And oftentimes because there is no additional assessment used to verify someone’s qualifications, hiring managers end up with these lists of applicants that have a lot of people who may have seemed qualified but weren’t actually qualified because we never assessed their qualifications.”

The data, according to the hiring assessment dashboard, confirms that narrative — and provides a glimpse into the challenges agencies experience in searching for qualified talent in the federal competitive hiring process.

USDS, OPM and GSA initially saw the dashboard as a way to help agencies comply with an executive order from the Trump administration, which encouraged agencies to drop the self-assessment and evaluate job applicants on their skills needed to succeed on the job.

The project has since evolved to tackle a broader goal.

According to the hiring assessment dashboard, agencies relied on self assessments for 90% of the job announcements they posted to the public in 2020. That resulted in hiring selections 53% of the time.

The success of other assessment is a mixed bag.

Agencies infrequently used USAHire, an OPM platform that has job candidates take a behavioral or technical test to vet their skills.

About 1.4% of job announcements asked job candidates to take a self-assessment and another test through USAHire, according to the dashboard. Roughly 57% of those announcements led to an agency making a job offer.

A smaller fraction of the job announcements relied on a subject matter expert qualification assessment (SME-QA) pilot that OPM and USDS launched back in 2019. Under that pilot, agencies use their own subject matter experts to screen and interview job candidates. Hiring managers score and rank only the candidates who pass an initial round of interviews.

Agencies have used SME-QA to hire a relatively small number of data scientists, customer service matter experts and IT specialists, but the pilot is effective, according to the dashboard. Agencies selected candidates from all of the job announcements that utilized subject matter expertise in 2020.

Some agencies are using other methods to assess and vet candidates. According to the dashboard, those alternatives worked 37% of the time.

To build the dashboard, the team conducted interviews with seven users and collected feedback from 10 HR practitioners, Metzger said.

The dashboard itself pulls in data from USAJobs.gov and other talent acquisition platforms across government.

“Agencies always had this data available to them within their talent acquisition systems, but it was very hard for them to use because they would have to download the data, understand how to visualize it, format it, clean it and use it,” Grosser said. “A lot of HR practitioners don’t have time to do that.”

The Treasury Department and the U.S. Agency for International Development are closer to what Metzger referred to as the sweet spot, where an organization uses more assessments and sees more selections based on those announcements.

Treasury used additional assessments for 56% of their job announcements, according to the dashboard. About 47% of those postings led to a selection.

USAID added additional assessments to 45% of its job announcements in 2020, and 55% of them led to a selection.

The Small Business Administration, Education Department and Department of Housing and Urban Development are on the opposite end of the spectrum. About 27%-29% of job announcements led to these agencies choosing a qualified candidate.

The dashboard isn’t meant to shame any one agency, because each organization has different resources, Metzger said. The goal is to help agencies learn from their peers.

“We wanted to make sure that this dashboard didn’t look like it was penalizing agencies for assessments that they weren’t using, but instead it was encouraging them to learn best practices and to make better decisions moving forward,” Grosser added.

According to the hiring dashboard, agencies made no job offers based on 70% of public job announcements for psychology and financial analyst positions.

Agencies couldn’t make a selection based on 86% of the public job announcements for tax specialists or social services practitioners.

About 80% of the job announcements for air traffic assistance failed to bring in a candidate, while 85% of the job postings for “customs and border patrol interdiction,” didn’t lead to a selection. 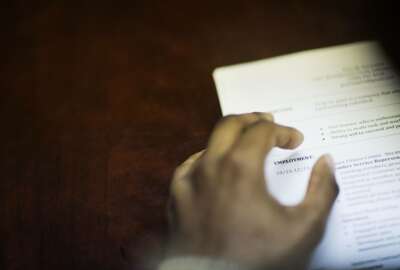 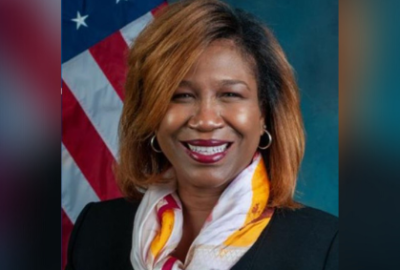