A federal judge says the government was wrong not to pay employees on time for their work during the first week of the 2013 shutdown.

In her decision filed Feb. 13 in the U.S. Court of Federal Claims, Chief Judge Patricia Campbell-Smith ruled in favor of more than 24,000 people who filed a class action lawsuit against the government, concluding it violated the Fair Labor Standards Act and is “liable for liquidated damages.”

She ordered the two parties to calculate damages and file a joint statement by April 7.

At the heart of the case are two laws: the FLSA and the Anti-Deficiency Act. The ADA blocks the government from spending money when “specific appropriations are not in place.” The FLSA sets guidelines for minimum wage and overtime pay.

The people involved in the class action case claimed that “despite prohibitions in the ADA, [the government] was still obligated to pay” them under the fair labor law.

The government for its part, argued that the shutdown “placed two seemingly irreconcilable requirements upon federal agencies.”

“The conflict in this case arises from the intersection of these ADA provisions with the FLSA,” court documents stated. “Plaintiffs worked during the first week of the 2013 shutdown, specifically between October 1 and October 5, 2013, but were not paid for this work on their regularly scheduled paydays because the government understood the ADA to prohibit payment until funds were appropriated for that purpose.”

About 850,000 people out of the more than 2 million federal workers were furloughed during the 2013 shutdown. In its post-shutdown analysis from 2013, OMB estimated that federal workers missed 6.6 million days of work and cost more than $2.5 billion in lost productivity, and pay and benefits for employees.

About 10,000 contractors were given stop work orders and received temporary layoffs.

The plaintiffs were eventually paid for their work, but according to court documents “eventual payment is not what the FLSA requires.”

Campbell-Smith said in court records that the issue is more complex than choosing which law holds more weight than the other.

“Defendant argues that it should be excused from liability for liquidated damages as
to overtime wages because ‘an event wholly beyond the control of federal agencies,’
namely the 2013 shutdown, prevented it from complying with the FLSA timely payment
rules,” the records stated. “Defendant argues that the agencies’ failure to timely pay overtime wages resulted from circumstances beyond the control of those agencies, inviting a distinction for
purposes of liability in this case between the executive and legislative branches of the
government.”

But this line of reasoning is another way of saying the government couldn’t meet its fair pay requirements because of the Anti-Deficiency Act, the judge said.

“The court has already found that the ADA does not excuse defendant’s FLSA violations, and to allow defendant to avoid liability under this exception would amount to an end run around that legal conclusion,” documents stated.

The judge in her decision also looked at whether the government acted in good faith when it came to balancing payment and shutdown requirements.

“By its own admission,” the court documents stated, the government didn’t consider before or during the shutdown, what would be considered an FLSA violation.

“Defendant further admits that it did not seek a legal opinion regarding how to meet the obligations of both the ADA and FLSA during the government shutdown … an action it now claims would have been futile,” court records stated. “Because the government admittedly took no steps to determine its obligations under the FLSA during the 2013 shutdown, no disputed and material facts exist, and the court cannot find that it acted in good faith.” 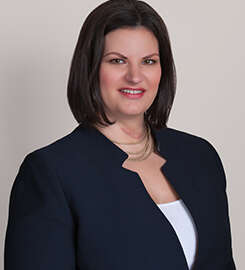 GAO: Some agencies hit harder than others during sequestration

Shutdown by the 2013 numbers