A key House Republican has unveiled a measure to deliver a huge budget increase to the Pentagon and prevent a government shutdown at the end of next week.

House Appropriations Committee Chairman Rodney Frelinghuysen (R-N.J.) introduced H.J.Res. 124  to fully fund defense through the end of fiscal 2018, as well as adding additional money for missile defense. It would also fund the rest of government operations through Jan. 19, delaying a potential Dec. 22 government shutdown and giving Congress more time to work out a budget deal.

“Funding national defense is a top priority, especially in these uncertain times of instability around the globe,” Frelinghuysen said in a statement. “Our troops and commanders must have the resources they need right now to advance peace and our nation’s interests abroad. This Continuing Resolution will fund national defense for the entire fiscal year and provide additional funds for missile defense.”

The bill would also raise the budget caps for defense and temporarily waive them for domestic spending in order to avoid sequestration cuts that would otherwise occur in January.

“This CR is not the preferred way to do the nation’s fiscal business,” Frelinghuysen said. “It is vital that all 12 appropriations bills be negotiated with the Senate and signed into law. However, this resolution will allow time for the leadership of the House and Senate and the White House to come to agreement on a topline spending level for this fiscal year. Once this agreement is made, my Committee will promptly go to work with the Senate to complete the final legislation.”

The measure could face a House vote next week, though there is pressure from Republicans from hurricane-hit states such as Florida and Texas to add tens of billions of dollars of storm relief.

The measure is seen by Capitol insiders as an opening salvo. Senate Minority Leader Chuck Schumer (D-N.Y.) has already dismissed the idea, and many lawmakers predict the Senate will quickly send an amended, bipartisan measure back to the House.

The Associated Press contributed to the reporting of this story. 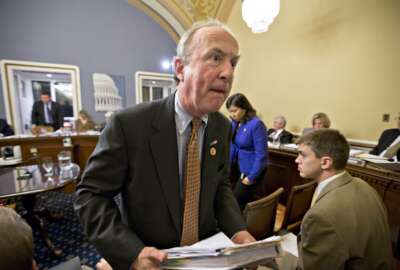 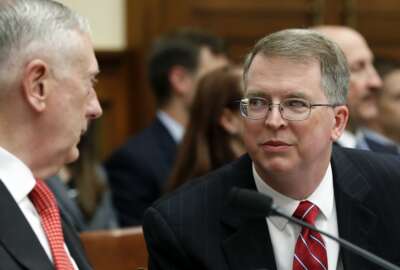