Just how big is the federal government? If you count contractors and grantees, it ranges from 9 million people to more than 11 million. Writing for the Brookings Institution, my next guest says the next president will have an opportunity to improve the balance of the blended workforce. Brookings Nonresident Senior Fellow Paul Light joined the Federal...

Just how big is the federal government? If you count contractors and grantees, it ranges from 9 million people to more than 11 million. Writing for the Brookings Institution, my next guest says the next president will have an opportunity to improve the balance of the blended workforce. Brookings Nonresident Senior Fellow Paul Light joined the Federal Drive with Tom Temin to discuss.

Tom Temin: And it’s good to hear that the pandemic and the general political discord, it’s kept you in the limelight, at least for all these many years and last few months, but you’re writing that the total government, 11 million, has grown under the Trump administration and that the next president, whoever it might be, can reset this. How do we interpret that number given that the standard workforce of the government payroll doesn’t fluctuate that much from decade to decade?

Paul Light: It really hasn’t fluctuated much at all, despite President Trump’s initial promise to shrink the federal workforce. All totaled, the federal government work for civil service is just a little bit bigger than it was in 2017, when Trump took the oath of office just about 140,000 more civil servants than there were, including traditional civil servants, and so forth. So we’ve got that, but where the real growth has occurred has been in the contract-funded and the grant-funded workforce. We continue to buy a lot of things. The President constantly talks about rebuilding defense, and that cost a lot of money and it produced a lot of contract jobs. And we also have spent a lot of money in recent years on transportation through transportation grants, infrastructure repairs, and so forth. So the federal government, in total, it’s blended workforce of civil servants, active duty military, postal workers, contract and grant employees, is now just a hair under its all-time top in 2010, when it hits over 11 million. It’s now about 10.9 million. Obama left the government smaller than it was at the top of the recovery from the Great Recession, and Donald Trump has built a jobs program in the contract and grant zones that is now bringing it back to that record level.

Tom Temin: In 2010, when it peaked under the Obama administration, there was, I guess, recovery from the Great Recession, and perhaps in 2020, we’ve had the great pandemic. So is it driven by presidential or even federal policy? Or is it driven by crisis to crisis, do you think?

Paul Light: It’s not COVID. Here, we looked for COVID effects. We did this just last summer, so it’s fresh. And we’ll do it again in December when the FY 2020 data are finally ready. It is not COVID. It is not a reaction to the pandemic. It is defense spending, and transportation spending that has increased the number of grant and contract employees. We do not expect, by the way, to see much of a COVID effect on total federal spending. What we’ve seen thus far is things like renewing and refurbishing veterans’ hospitals, building roads and bridges, buying weapon systems, technology enhancements. That’s where it’s been. And all of those activities produce jobs. And Donald Trump has not been shy about talking about defense spending, and transportation spending as a jobs program. These are good jobs. They’re full time. And they only exist because the federal government has hired these employees to pursue policy goals, such as infrastructure reform.

Tom Temin: Well, let’s define spending. There is the narrow piece of spending that is called discretionary that Congress looks at every year. And that’s been fairly steady at $1.2 trillion, now for many, many years. And the defense budget is roughly half that. It goes up $10 billion, down $10 billion. So it’s hard to square the growing numbers of jobs with the discretionary budget, which is stable. And with respect to the pandemic, they’ve already appropriated a couple of trillion outside of all of that, that are just simply sale of treasury bonds. So in that sense, spending has doubled because of the pandemic. So how does that square with the numbers of people employed?

Paul Light: Well, the the traditional numbers, the civil service and the military and postal, those are fixed. You’re right on top of it. So right now we’ve got a little over 2 million feds, 1.5 million active duty military, about a half million postal, but we did have a surge in defense spending year after year here. And that converted into jobs for building products, weapon systems, fighter jets, new battleships and so forth. And we saw this with traditional transportation spending. It doesn’t take trillions and trillions produce hundreds of thousands of jobs. And that’s what we see here.

Tom Temin: We’re speaking with Brookings Nonresident Senior Fellow Paul Light, longtime observer of all things federal. And so when you say that the next President will have the opportunity to rebalance, is there any objective reference that is the right number for the federal government in its blended workforce of grantees, contractors and federal employees?

Paul Light: I’m a big believer in putting everything on the table and counting heads across the blended workforce. We’ve had an ongoing debate about whether we have too many federal employees, not enough, and so forth. But we rarely talk about the number of employees that we recruit and hire and maintain in specific industries like defense and transportation, health, veterans, and so forth. We rely on a very large contract workforce. But when it comes time to talk about cutting heads and dealing with federal employment, we almost never talked about the contract workforce. Chris Van Hollen, over in the Senate has been an active advocate for putting all of the heads on the table. When you start talking about a 10% cut in federal employment, you ought to talk about a 10% cut in contract and grant employment, or at least we should have good, solid measures of what the total employment effect is of federal spending. So, the basic argument here is not to say, “Oh, we shouldn’t have all those weapon systems,” or “We shouldn’t have this agency or that agency.” It’s to say, “We have a blended workforce, and we ought to manage it as such.” Now, the Obama administration, when it came in, had this notion that we ought to have some insourcing, that we had gone too far on contracting out, whether it was in personal service contracts, or in these large technology contracts to what Obama was proposing is, let’s take a look. Did we go too far? Should we bring some things back in? Should we expand the civil service rather than the contract service? It’s all on the table. And the next president really needs to talk about the proper size of the federal government broadly counted. That’s what I’m suggesting here.

Tom Temin: Sure. And I guess it’s been quite awhile since we’ve had a good A-76 competition here.

Paul Light: I love that question. A lot of people would say, “Did you just use the word, ‘good’ with A-76?” But, we ought to talk about who should do the work of government and at what price? The Project on Government Oversight has shown year after year that contract jobs for the same service that the federal government provides are much more expensive. Then you get the Heritage Foundation saying, “Well, no, no, no. That’s not right, because the federal government does not pay for office space,” etc., etc. We ought to have a good conversation about how many people work for the federal government and whether we’ve got the right balance between public and private.

Tom Temin: And as a practical matter, that’s probably a difficult number to get at with too much precision. I’m just making the example of Boeing Company. And as of January, according to my search online, in two seconds, 161,000 employees, some of them work on commercial, some work on military side. But there’s probably lots of accountants and engineers that maybe straddle it.

Paul Light: Absolutely. Well, the question is where the money comes from, and what it’s purchasing and whether we’re getting the best deal for the money. So what we do in making these estimates–and these are just estimates–besides the federal workforce, which includes military and postal, in my calculations, we rely on estimates here. We know what the federal government buys. We have codes that tell us how much we spend for what, and then we have input/output models of the economy that give us some sense of how many jobs are created. Donald Trump, when he goes out and talks about, let’s say, a new drone program: He did this, he says, “I love federal spending, because I can see it producing jobs.” The question is whether the federal government is the most efficient way to produce jobs and whether these kinds of jobs programs undermine federal effectiveness, whether we have the oversight systems. It’s a good debate to have and it’s long overdue, and I’m guessing that a Biden administration would go back to it. And I suspect that the Trump administration, in the second term, would go much harder at federal employment.

Paul Light: You got me now thinking he got me thinking about good A-76, and now Keynesians. That’s great.

Tom Temin: All right. Paul Light is nonresident senior fellow for governance studies at the Brookings Institution. Thanks so much. 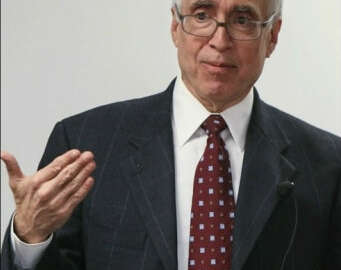 Paul Light: Some think tanks look down their noses at government 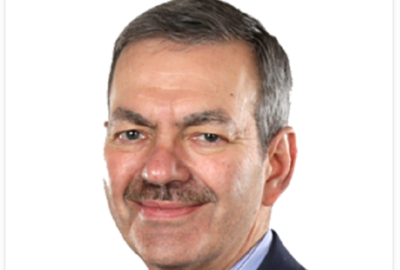