When people come together, the best ideas come, or do they?

While the world of work struggles with in-person or on-line questions, consider this: Groups generate more and better quality ideas when they meet in person, then when they meet on a video conference platform. That’s according to research by the Columbia Business School in an experiment with 1,500 engineers. Does that mean you’ve got to haul it...

While the world of work struggles with in-person or on-line questions, consider this: Groups generate more and better quality ideas when they meet in person, then when they meet on a video conference platform. That’s according to research by the Columbia Business School in an experiment with 1,500 engineers. Does that mean you’ve got to haul it back into the office every day? Not so fast, according to Bob Tobias, a professor in the Key Executive Leadership Program at American University. Tobias joins The Federal Drive with Tom Temin in studio to talk about the study.

Tom Temin  Tell us about the study because it really was very in depth on human interaction in the personal conference room setting versus the Zoom, Teams, you name it type of setting.

Bob Tobias  They did some fascinating research. They put in multiple cameras to measure reactions, to measure vision. And the thing that was interesting to me is they said, “If your vision field is narrow, than your opinion is likely to be narrow as well.” And what they were saying is that if you’re looking at a zoom screen, it seems to circumscribe your ability to be creative, because you’re so focused on that little screen, whereas in a conference room, or in a meeting room, you’re more relaxed, you’re looking around the room, and you’re able to generate more creative ideas.

Tom Temin  And I think the other thing is that a lot of people simply don’t like looking at themselves talking. And I encountered this all the time with video interviews. Some people say, “do you mind if I turn the camera off, because I just don’t like looking at myself,” and therefore that implies, I think, that people are not focusing on the ideas and the project so much as focusing on the weird details of these multi-panel screens.

Bob Tobias  So if people are focusing only on the screens and are uncomfortable looking at themselves, they’re distracted. Creativity requires that I’m free of anything else but just trying to create something new. Generate a new idea. Plant a new seed. And so if I don’t like looking at myself on Zoom, that’s going to distract me. Makes sense.

Bob Tobias  Well, what this study was about was non-supervisory included teams, self-managed teams, rather than a team headed up by a supervisor. And I think that makes a total amount of difference because, as we know, there are some supervisors who are command and control, and who could care less about receiving creative ideas. There are some supervisors who recognize that they’re not so good at running a meeting, asking for people to generate creative ideas. And so I think what’s missing with this idea about creativity is training leaders, giving them leadership development opportunities, so they can actually conduct meetings where creative ideas are generated.

Tom Temin  Yes, I think most managers in my experience working a very long time is they tend to try to dominate a meeting. In many ways, their correct role is to moderate it, but let the ideas flow and basically shut up. But a lot of them actually Big Foot meetings and therefore close down creativity.

Bob Tobias  Well, I think that those leaders who actually generate creative options are those who create a trustworthy environment where people are safe to generate off the wall ideas that may or may not work, where people learn from each other as they’re generating creative ideas. But supervisors don’t automatically have those kinds of skills necessary to develop that. And there’s another study that was completed not so long ago that showed that about 50% of black knowledge workers, who were working at home, report a 50% boost in their sense of belonging once they started working from home, because they weren’t subject to exclusions and smirks and macroaggressions. So these are folks who don’t want to come back unless they’re coming back to an environment that’s open and inclusive, which again requires leadership development.

Tom Temin  We’re speaking with Bob Tobias, a professor in the Key Executive Leadership Program at American University. So there seems to be then two possible conclusions and the first one is the hybrid mode — of people in the office when that’s indicated and working at home when perhaps just toiling away on a project is indicated — should be the mode. It should not be 100% telework or 100% everybody back into the pen, but the way it’s operating now should be managed better?

Bob Tobias  Yes, I think so, Tom. And you know, the Federal Employee Viewpoint Survey made that pretty clear, the largest drop in employee engagement and satisfaction reported by the Partnership for Public Service. A 4.5 drop occurred just last year, which to me indicates a problem with leadership in agencies.

Tom Temin  Right and an echo of that is that the worst engagement scores were for the 30 to 39 year old cohort, the very heart of, you know, your staffs and your future development of leadership, whereas it was highest in the 60 and older. And I presume 60 and way older.

Tom Temin  And this gets back to a theme you and I have discussed before, and that is the need for leadership, training, development. I guess kind of what you do for a living— but then to make these supervisors, that are presumably in their 40s 50s, and even 60s still if they stick around, such that they can foster the engagement of people who are going to be there sometimes, not going to be there physically sometimes, but how can they be engaged all the time, and therefore get that score back up?

Bob Tobias  That’s a fact Tom. I mean, it isn’t about skills training. Agencies provide a lot of skill training to supervisors and upper level managers, upper level leaders, but very little personal development, which is what I’m advocating for. The idea that I really would know myself better so that I could lead a group and create a collaborative environment. It’s not automatic, that I have that skill, especially if I’ve grown up in a command and control environment. Not so long ago at a graduation at one of the Key programs, one of the student presenters said, “You know, I’m 26 years in the Marine Corps and I love command and control. And I loved command and control. And then I came to work for the federal government, and could not figure out how to make my way because command and control didn’t work for me. But when I attended this program, this Key program, I learned how to create a collaborative, trusting environment.”

Tom Temin  Interesting. Yes, many years ago, I worked for a former Marine, and his command and control was pretty much in the pen. He didn’t use it very much. Once in a great while, he would say, “Look, this is how it’s got to be” and everybody, okay, great. But most of the time he let people flourish with their own ideas, and therefore enjoyed enormous respect. And sometimes as a boss, you do have to say, “sorry, this is the way it’s got to be,” but that should be used sparingly and when it really matters. Every hill is not to die on.

Bob Tobias  That’s correct. And, you know, this guy was truly troubled because he’d been so successful in one environment, but not successful in another environment. But to his credit, he sought how to change his behavior to be more successful in the federal sector.

Bob Tobias  It is always possible to change Tom. Even for us old guys.

Tom Temin  All right. Bob Tobias is a professor in the Key Executive Leadership Program at American University. As always, thanks so much. 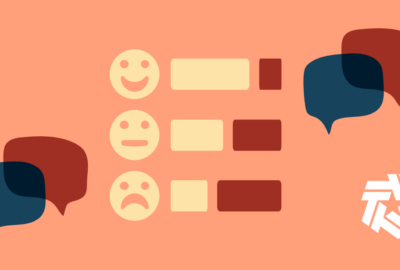 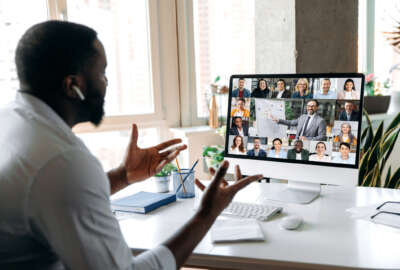 Zoom explains why the hybrid approach to work will endure