Ellen E. McCarthy, former assistant secretary of State for Intelligence and Research, joined Aileen Black on Leaders and Legends to talk about leadership. Ellen shared that great leaders possess a clear vision, are courageous and always honest, and that the best leaders take pride in the accomplishments and give credit to their people.

Prior to her return to government service, she was president of Noblis NSP overseeing the organization and leading its mission to...

Ellen E. McCarthy, former assistant secretary of State for Intelligence and Research, joined Aileen Black on Leaders and Legends to talk about leadership. Ellen shared that great leaders possess a clear vision, are courageous and always honest, and that the best leaders take pride in the accomplishments and give credit to their people.

Prior to her return to government service, she was president of Noblis NSP overseeing the organization and leading its mission to serve clients in the Intelligence Community. Before joining Noblis, she served as chief operating officer of the National Geospatial-Intelligence Agency, where she led the daily business activities of the agency and provided oversight for the execution and development of strategic direction, policy, guidance, and planning. She also guided the development and management of future capabilities and technologies supporting GEOINT requirements and provided oversight to NGA Portfolio Managers to ensure agency-wide integration in support of strategic goals. McCarthy also advised the director of NGA on a wide variety of issues related to strategic planning, programming and budgeting, corporate governance, and partner engagement.

She pointed out that the most successful leader during these stressful times understands the culture, the major stressors and then adapts to the situation.

“You need to learn about your people and give them the tools and resources they need to get the job done,” she said. “Your style should change based on the mission and urgency. This could be from coaching to being more collaborative but always approach it as a servant leader.”

Before joining NGA, McCarthy served as the president of the Intelligence and National Security Alliance (INSA), a role in which she led a number of initiatives that supported government policy and program development relating to cyber security, counter intelligence, acquisition, and homeland security intelligence.

Before that, she was director of the Human Capital Management Office (HCMO) and the acting director of Security within the Officer of the Under Secretary of Defense for Intelligence (OUSD(I)). As director of HCMO she was responsible for the development of policy, plans, programs, and oversight of personnel, training, education, and career development of civilian and military defense intelligence personnel with the Defense Department. Among her accomplishments, she developed and deployed the Defense Civilian Intelligence Personnel System (DCIPS). She joined OUSD(I) in 2004, where her primary focus was on the development of policy and strategy relating to intelligence reform which included resource management, acquisitions, collection authorities, and personnel.

McCarthy said that early in her career she learned some important lessons from leaders such as Fran Townsend, the original first assistant commandant for Intelligence of the Coast Guard. Townsend showed McCarthy that it is important to “be yourself and that you are empowered to be you.”

Tish Long, former director the National Geospatial-Intelligence Agency, taught McCarthy that “you need to know what you want and recognize your strengths and weaknesses.” She said having that knowledge will power your career and make you a better leader.

When asked about women and leadership, McCarthy said she felt that women bring a different life perspective and often bring stronger soft skills to the table. She said women also have a tendency to have stronger listening skills, which in times of stress can be a huge advantage and she advised women to get out and network. McCarthy helped start Amazing Women of the IC, a grassroots organization that is dedicated to the development of professional women serving the U.S. national security mission, with 40 members meeting for the first time in her living room. As the name implies, the group brings together impressive women throughout the intelligence community to support, empower, and inspire one another at all stages of their careers.

When asked about the relationship between leadership and culture, McCarthy recommended building on top of the culture and work with it.

“Listen more talk less, and if you listen you will learn and be a better leader within the culture and get people on board,” she said.  As a technology leader, McCarthy said you need to remember, it is never about the technology — it is about the people.  As a leader you need to show people where you want to go, provide a clear vision, with clear objectives or you will never get there.

Before joining the staff at the OUSD(I), she was the director of Intelligence Operations, Strategy, and Policy for the United States Coast Guard. In this capacity she played a critical role in moving the USCG intelligence program into the IC, establishing Maritime Intelligence Fusion Centers, expanding USCG attaché presence worldwide, and establishing new intelligence and law enforcement collection capabilities.

She has worked extensively with the Navy at the strategic, operational, and tactical levels having served as a Soviet submarine analyst at the Office of Naval Intelligence and at Atlantic Fleet where she supported the Navy’s undersea warfare community. Additionally, McCarthy provided direct support to joint forces as the deputy chief of Joint Analysis and Warfighter Support at the U.S. Atlantic Command focusing on counter drug and counter terrorism operations. Before her employment in the IC, she served as a technical research analyst at the Institute for Defense Analysis supporting the Strategic Defense Initiative Organization.

McCarthy, a graduate of the University of South Carolina and the University of Maryland — and a mother of two — closed the show with her advice for the next generations: “Follow your passion. Be hungry, don’t be satisfied with the way things are and above all don’t be afraid to fail, you will learn from it.” 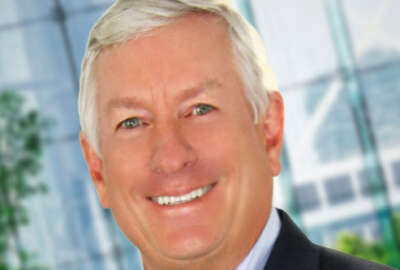 HP Federal president explains the challenges of leadership during the pandemic 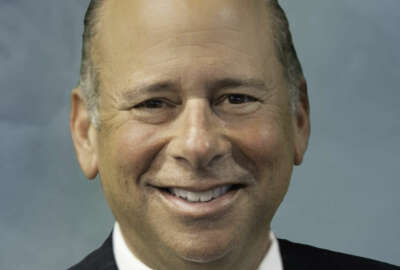 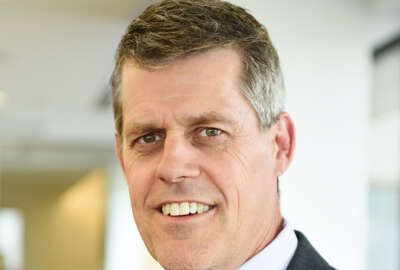 Altamira Technologies CEO explains how to lead through adversity