Members of Congress, federal employee advocates and the general public have spoken out against recent White House directives on agency communications, and now Freedom of Information Act officers are weighing in on the open government debate.

Members of Congress, federal employee advocates and the general public have spoken out against recent White House directives on agency communications, and now Freedom of Information Act officers are weighing in on the open government debate.

“Make access happen,” said Semo, adding that in NARA’s Office of Government Information Services, it’s business as usual sending out press releases and engaging with the public via social media.

Michael Marquis, director of the Freedom of Information and Privacy Acts Division at the Health and Human Services Department, said his office was working on maintaining a section on their website for transition documents.

“Right now there’s a tremendous interest in transition records,” said Marquis, who spoke during the FOIA advisory committee’s Jan. 26 meeting at NARA in Washington, D.C. “We wanted to make that information available on our website.”

The committee’s agenda didn’t touch on what is going on between federal agencies and the White House regarding rules on social media messaging and communications outside an agency, but Marquis did present some best practices for having a successful FOIA program at one’s agency.

Marquis managed three FOIA units in the past 20 years, including the past seven at HHS, and he’s exceeded former President Barack Obama’s 2009 Open Government Directive, which mandates agencies to clear their FOIA backlogs by at least 10 percent every year.

Marquis said managing FOIA operations is like solving a complicated puzzle. There are days that might seem like you’re forcing a piece to fit in a space where it can’t squeeze, and if that’s the case, “don’t panic.”

“Break it up, pull it apart, blow it up, as I tell folks,” Marquis said. “Although the puzzle may be put together the wrong way, you may be on the right track. Change the direction of the pieces, assemble them in a new way, envision what the finished puzzle — your FOIA program — is supposed to look like.”

Marquis said before you can effectively advocate for your FOIA program, you have to examine the workflow and identify opportunities for efficiency. Review key performance indicators, and develop goals to present to senior leadership.

“Share your vision of the finished puzzle of how the FOIA program should function,” Marquis said, and when you’re working with staff, “I cannot over emphasize the need to create a sense of urgency, to continuously implement improvements.”

A sense of urgency is one of four factors Marquis credits when it comes to his success in FOIA advocacy, along with accountability, leadership support and strategic intent.

When it comes to accountability, Marquis said at his office he’s made it clear to staff that the expectation is everyone has to pick up the pace when handling FOIA cases.

“We’re not going to burn out our most productive staff by transferring work to them,” Marquis said. “Accountability is the bottom line.”

Create a culture of accountability through the life cycle of a FOIA request, Marquis said, even through an appeal and litigation, and engage senior leadership on accomplishments.

“Engage them in being part of the solution,” he said, along with the requester community.

“We want to serve you, but we ask that you be part of the solution,” Marquis said. “Let’s talk about how we can provide you the access to records by identifying key search terms, and specific time frames.”

Marquis said his office is putting out a new report that will include all open, pending initial FOIA requests. While there are annual reports and chief FOIA officer reports, this new quarterly report will look at pending cases.

“It’s one thing to report on an annual basis what we’ve accomplished, it’s another thing to report what’s pending on a quarterly basis, so that not only the public can see what’s going on, agency leadership understands where the burdens are,” Marquis said. “So hopefully that will assist when it comes to addressing resource issues, addressing performance issues, etc. This will also, by posting this information, I hope will maintain that sense of urgency throughout the entire department.”

Searching for a solution

Marquis came to speak on behalf of the subcommittee on efficiencies and resources.

Chris Knox, advisory director for Deloitte Transactions and Business Analytics LLP, and a co-chairman of that subcommitee, said the goal is to eventually provide recommendations for the best and most efficient use of resources in a FOIA office.

“We’re going to start identifying what success looks like in various agencies, what various elements are of a successful agency,” Knox said

The subcommittee will also look at what factors contribute to a lack of success. The study will include multiple data sources, Knox said, such as privacy officer reports, variables such as case complexity, available resources, and budget. The group plans to meet again in two weeks.

During the meeting the other two subcommittees presented information on proactive disclosures, and on searches.

Nate Jones, committee member and FOIA coordinator for the National Security Archive, said the consensus of the searches subcommittee is that inefficient searches are a huge bottleneck for filling FOIA requests.

“It’s demoralizing,” said Jones, a subcommittee co-chairman. “If you have a good FOIA shop and good FOIA officers that are trying to do the good work and love openness and other people in the agency that you tell them to do searches are not doing it, I understand some agencies are fighting wars, every agency has important missions, there’s competing priorities. But the point is that there must be ways to improve and it’s a huge problem from a FOIA perspective.” 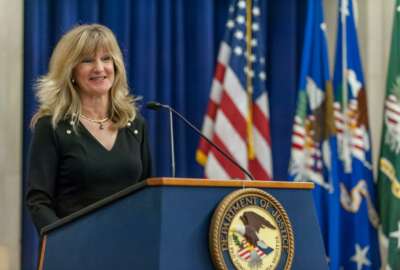