Ryan said in a statement that the policy’s goal is to raise awareness, but “also make abundantly clear that harassment in any form has no place in this institution.”

“As we work with the administration, ethics and rules committees to implement mandatory training, we will continue our review to make sure the...

Ryan said in a statement that the policy’s goal is to raise awareness, but “also make abundantly clear that harassment in any form has no place in this institution.”

“As we work with the administration, ethics and rules committees to implement mandatory training, we will continue our review to make sure the right policies and resources are in place to prevent and report harassment,” Ryan said.

The announcement comes a week after the Senate adopted a similar policy, and on the same day as a Committee on House Administration hearing at which members, and compliance and employment officials, urged mandatory training to help put a stop to all forms of harassment.

Barbara Childs Wallace, the chairwoman of the board of directors for the Office of Compliance, said her board has been “zealously advocating” in its biennial reports to include mandatory training to prevent and resolve harassment.

“It is with great satisfaction that this committee and the many lawmakers on Capitol Hill are responding to this recommendation,” Wallace said. “Before harassment can be corrected, everyone in the legislative community must understand the meaning of harassment, how to respond to it, and more importantly how to avoid it. Our board believes mandatory training on harassment, discrimination, and retaliatory behavior will provide the best avenue to not only avoid the conduct in the future, but help transform the legislative branch into a model work environment whereby the lawmakers can and do lead by example.”

Gloria Lett, counsel for the Office of House Employment Counsel, said she supports mandatory training, especially for managers, because managers can help stop a harassment situation at its earliest point.

“When we do training for managers, we tell them how important it is to talk to your employees, to walk around and respond to rumors or anything that you hear where someone might be feeling uncomfortable, and then have a conversation with them,” Lett said. “Often times if employers are aware of these issues, it can be addressed at the earliest possible state for employees. That’s what we all want, we want employees to have safe and productive work environments. I think it’s important for employers to say to their employees, ‘please come tell us.'”

Not having to worry at work

Required sexual harassment prevention and response training is the first of a three-step plan proposed by Rep. Jackie Speier (D-Calif.) for addressing harassment on Capitol Hill.

Speier, herself a victim of sexual harassment while working as a congressional staffer, proposed the bipartisan Congressional Education About Sexual Harassment Eradication resolution, or CEASE resolution, earlier this month.

“Under the current process, congressional employees are, at best, unaware or confused, and at worst are utterly betrayed,” Speier said.

Speier highlighted that the process of submitting a complaint and going through mediation with the Office of Compliance can be isolating, and the complainant must pay their own legal fees while the defendant and congressional member’s office is represented by the Office of House Counsel. Speier said she’s also heard of complainants having to go to mediation with their alleged harasser.

“Throughout this agonizing time, the employee must continue to work in his or her office alongside the harasser, without saying a word to friends or family, and while their employer knows that they are engaged in mediation or pursuing a complaint,” Speier said. “For the few survivors who secure a settlement, there is no disclosure of the office involved or the amount of funds paid. Taxpayers foot the bill and the harasser goes on with his or her life. Meanwhile, the survivor is faced with personal, professional, and financial catastrophe. Is it any wonder that many staffers never file formal complaints? There is zero accountability and transparency.”

Lett clarified that a complainant and alleged harasser were not required to be in the same room, and in fact, her office usually pulled in someone from management from the defendant’s office.

“I don’t find it to be particularly productive to have an alleged harasser and a victim sit across the table from each other,” Lett said.

Lett also defended her office’s mission, explaining it provided the same sort of legal services and protections that a private industry firm would offer to its employees.

“We have lots and lots of cases that are resolved through that process,” Lett said. “Employment cases in general, the overwhelming majority are resolved before full-blown litigation — I think the statistic is 85 percent of employment cases are resolved before full-blown litigation. I believe in this process. Once someone goes to the Office of Compliance and we engage in mediation, we may be hearing about the problem for the first time, but we do an investigation and we get to the bottom of what’s going on and we make recommendations to the office for corrective action.”

Wallace also explained that a 30-day window of “confidential counseling” is more like an intake process, where a complainant can get more information from the Office of Compliance about a claim they are filing.

The confidentiality is not a gag order, Wallace said, and while her office does not call up the employing office of the alleged harasser, the office also does not prevent a complainant from talking to their family and friends about an incident of harassment.

Speier’s recommendations were complemented by Rep. Bradley Byrne’s (R-Ala.) proposals for Congress. His suggestions also included mandated harassment training, along with a universal harassment policy for House employees, an increase in member accountability, and a review of the complaint and enforcement process under the Congressional Accountability Act.

“Our staff and this institution’s members should be free to do the important work our constituents sent us to do without having to worry that they will be a victim of any sort of inappropriate behavior,” Byrne said.

Rep. Barbara Comstock (R-Va.) said she’d recently been told by a trusted source that a currently serving member of Congress exposed himself to a staffer when she went to his home to deliver materials. The staffer quit her job.

“She left, she found another job,” Comstock said. “What are we doing here for women right now who are dealing with somebody like that? This is really a much more complicated situation. We need to have more training, to know about the [crime] that we’re seeing  … and then we have a much better process so that that person doesn’t have to give up her career.” 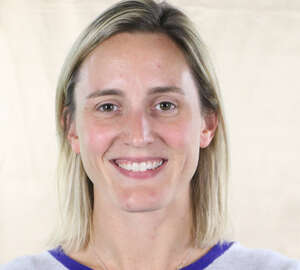