The Labor Department has quietly turned the corner on a host of management priorities.

And while it’s far from perfect, many of Labor’s achievements can be attributed to familiarity.

Labor’s chief information officer Gundeep Ahluwalia has been in his role for almost three years, making him one of the longest serving federal agency CIOs.

The Labor Department has quietly turned the corner on a host of management priorities.

And while it’s far from perfect, many of Labor’s achievements can be attributed to familiarity.

Labor’s chief information officer Gundeep Ahluwalia has been in his role for almost three years, making him one of the longest serving federal agency CIOs.

Bryan Slater, the assistant secretary for administration and management, served as Labor’s White House liaison during the administration of President George W. Bush. He also has spent time at the Transportation Department and the Small Business Administration.

Sydney Rose, the agency’s chief human capital officer, has been with Labor since 2012 and has over 36 years of federal service.

But maybe the most important reason for Labor’s progress is it’s the second tour of duty for Patrick Pizzella, the acting secretary. Pizzella, who could soon return to his day job as deputy secretary if the Senate confirms Eugene Scalia, whom President Donald Trump nominated in July to replace Alexander Acosta, spent eight years at the agency during the administration of President George W. Bush.

“I have a lot more knowledge about the department than I had when I came into it when I was the assistant secretary in 2001. That was a really big advantage,” Pizzella said in an exclusive interview with Federal News Network. “I could find my way through the maze of this building. I almost could recite the organizational chart from memory, and I did bump into a lot of former colleagues, some whom I’ve known longer than my wife. That made it a very easy arrival from that standpoint.”

The most obvious example of this familiarity is with technology.

Labor has addressed long-standing IT modernization needs, in part because Pizzella understands the challenges — having been CIO before.

“When I was here several years ago, I needed several more briefings to get comfortable with something than I need now,” he said. “Both the program managers and the folks in the CIO world probably appreciate that because it shortens that timeframe. I’m always wanting to compress timeframes anyways so because of some of the knowledge I’ve acquired in the past I feel comfortable in doing that in working with the staff here.”

Pizzella said Labor closed 61 of 74 data centers and received its best overall grade yet, a B-, under the latest Federal IT Acquisition Reform Act (FITARA) scorecard as well as five out of seven As on the sub-factors like software licensing and portfolio reviews.

Labor would’ve received an “A-,” but Ahluwalia doesn’t report directly to Pizzella and instead goes through Slater.

Maybe the biggest success story across Labor around IT modernization is how the agency saved about $70 million, and Ahluwalia applied that to getting rid of legacy systems.

“One of the things we have been particularly acute at is money we end up not spending, be it because of not being able to fill some vacancies or consolidating office space or being a lot more efficient in the purchasing of supplies, the money we are saving in those areas, we are applying to technology,” Pizzella said. “We have in place contracts that we then write task orders against. We don’t have to reinvent the wheel every time and scramble for a new contract. I just left a budget meeting as we are preparing for fiscal 2021 and when asked, the program managers said they want to take that money and put it on a contract to upgrade a specific system. They have already adjusted themselves to reallocating resources in a way that is aimed toward technology.”

He said there is a recognition across many of the programs that modernizing technology more quickly will have a greater impact on the mission.

Pizzella said the Wage and Hour Division collected a record $304 million in back wages for employees in 2018. He said it’s a credit to the career employees because the division didn’t have a Senate-confirmed leader for more than 500 days.

It’s that focus on the mission that is also driving changes to how Labor manages its workforce.

At the same time, Pizzella said he wants current employees to meet their performance goals and for those that don’t, he wants to deal with them swiftly.

“If there is a real problem, they are removed. I’m not someone who subscribes to the theory that it’s impossible to dismiss a bad performer. You can and it takes some work. Hopefully you don’t have many situations like that,” he said. “A bad performer is not only a hindrance to themselves, but a hindrance to the entire office. Most performers are doing a quite good job, but they see the person who is not coming in on time or that is turning in not a good work product. It undermines morale so I think by focusing on solving those few problem areas, we’ve helped the productivity of our overall workforce.”

Labor, so far, hasn’t moved to reduce telework or move any bureaus outside of the Washington, D.C. area, like some of its sister agencies.

Many of these issues will come to a head during impending negotiations with the American Federation of Government Employees (AFGE) and the National Union of Labor Investigators (NULI) over collective bargaining.

Pizzella said he’d like to get both contracts finalized before the end of calendar year 2019.

“I think we have a good relationship across the board with the Labor Department workforce. My style and certainly most of our agency heads has been a very inclusive approach to management,” he said. “We’ve had a negotiating team made up of management officials and they have selected their negotiating team of labor union officials, which is the traditional approach. Both sides have exchanged ideas and they have been meeting for about six weeks now.”

Pizzella said part of that inclusive approach to management is to maximize the use of the performance system’s bonus authority.

“I’m not a believer in leaving money on the table if there are employees who have contributed significantly to the overall mission of the department or to a particular program. We should reward them,” he said. “We’ve had some special ACT awards. We set up a system where people under our five-level rating system that if you are at least fully successful, you can participate in a performance management award. Some agencies have it a little different.”

All of these efforts came as Labor’s budget saw a $258 million cut in fiscal 2019. Pizzella said the good news was the agency received its budget on time for the first time in more than two decades giving them some certainty for how to deal with the reduction.

Pizzella said he meets with agency leadership at least weekly to ensure the CXO community is on the same page in dealing with the ongoing changes.

“I make sure they have a good amount of knowledge about one another’s doing so they can work together and find shortcuts that are good,” he said. “When we finish wrapping up fiscal 2019, we will have some very significant results in the management area because people didn’t stop and start and are not rushing to get contracts out the door in September. They were able to space that well.”

Pizzella said Labor is taking advantage of all the data it’s collecting and turning it into information to make better decisions.

“I’ve impressed upon the team at our department that they need to do that themselves if they are not getting the information from the data that’s collected,” he said. “There are certain things I’m always tracking like lapsed number of full-time equivalents (FTEs), projections on year-end and lapsed monies and FTE accessions and separations. I get that every two weeks and I’m meeting regularly with agency heads and some will bring a particular issue or problem around and I’ll always ask them to get a little more information from that data they leave me.” 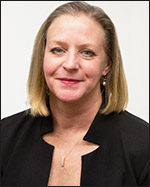 Former Labor CIO opens up about challenges of IT reform 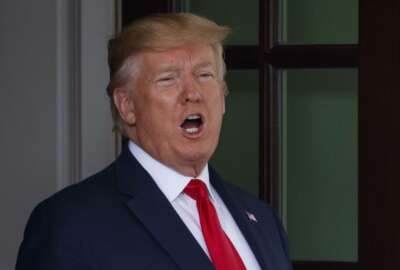 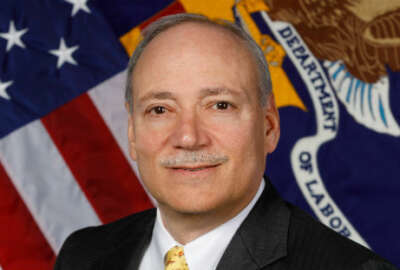