In July, NASA Administrator Jim Bridenstine demoted the agency’s associate administrator for Human Exploration and Operations. Though a career NASA employee currently fills the position on an acting basis, the lack of a permanent replacement could threaten NASA’s ability to meet some of the ambitious goals set by the administration.

“The problem is, there are a lot of really important decisions that have to be made in the next three-to-six months relating to the human exploration program,” Eric Berger, senior space editor at Ars Technica, told the Federal Drive with Tom Temin. “So if they really are serious about putting humans on the moon by 2024 — and I think there’s a lot of skepticism about whether that’s possible — but if they are serious about that, some very key decisions need to be made. And Bridenstine said he’s going to leave those decisions to the next associate administrator, so someone needs to be in place soon.”

But Berger said bringing someone in from outside is what Bridenstine has been looking to do.

“One of the popular names that did came out after Gerstenmaier’s firing was Gwynne Shotwell. She’s the president of SpaceX, and she’s very widely respected in the aerospace industry,” he said. “And there’s some feeling that Bridenstine would like to find someone who’s younger — Gerstenmaier was in his 60s — more diverse — so that’s a woman or a minority — and came in from outside of NASA. And she’d fit a lot of those qualifications, but she’s pretty happy at SpaceX.”

There’s also the question of conflicts of interest. Anyone filling this position is going to become the final word on a lot of major contracts, and having someone from industry put into that position could be an invitation for endless protests on any major future decisions.

But anyone looking to fill Gerstenmaier’s shoes is going to have to fit a very specific set of qualifications that limits the field of candidates significantly. That person is going to have to be able to understand the political landscape of dealing with Congress and the White House. But lawmakers and the administration will be coming to this person with technical questions about space flight systems, for example, so they’d have to be a competent engineer as well.

And they’d have to understand the rapidly changing landscape of private space industry. The traditional players — such as Boeing, Lockheed and Northrop Grumman — are very much still relevant, but newcomers to the space like SpaceX and Blue Origin are getting a lot of attention as well.

And then they also have to command the respect of the federal workforce itself.

“That’s one thing Gerstenmaier definitely had: They trusted him, they believed in him. And if he said something, they bought it,” Berger said. “There’s a real question, I think, in my mind, as to whether a new person, if they come in from the outside, whether that person is going to be known to the civil service workforce, whether they’re going to move as rapidly to implement his or her statements and wishes as they would have under Gerstenmaier.”

Gerstenmaier, Berger said, was the one trying to keep the programs on course as political pressures took NASA in different directions. The original plan was to return to the moon by the late 2020s, and use that as a springboard to possibly travel to Mars. But Vice President Mike Pence accelerated that timeline, saying it needed to happen by 2024. Then President Donald Trump said NASA should be focused primarily on Mars. And Congress has numerous different agendas, all with different goals and milestones to reach.

“There’s all these different political forces on NASA. And unfortunately, unlike during the Apollo program, they’re not all pushing in the same direction,” Berger said. “And so Gerstenmaier was trying to sort of steer the ship and keep it going in a single direction. So now where NASA goes is really going to be heavily dependent upon this choice that Bridenstine makes for this associate administrator position.”

Top NASA official gets look at next moon rocket 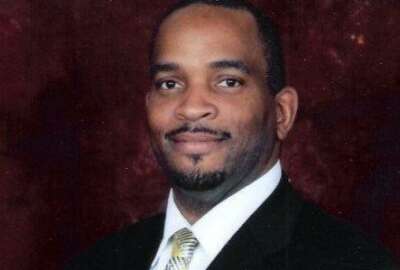 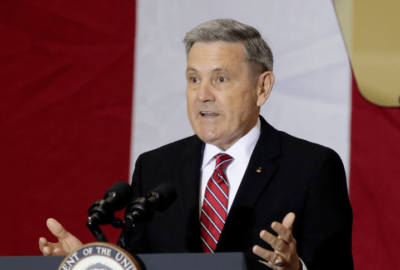