No surprise, several prominent members of the Obama administration have roles on the president-elect’s transition teams.

Chris Lu, a former deputy Labor secretary and President Barack Obama’s cabinet secretary, is heading up the team at his former agency. Seth Harris, Lu’s predecessor as Labor deputy, is also a member of the team, as is Jenny Yang, an Obama-era commissioner at the Equal Employment Opportunity Commission.

Carolyn Colvin, the former acting commissioner of the Social Security Administration, is leading the SSA team.

Nancy Potok, the former chief U.S. statistician, will serve on the team reviewing the Commerce Department.

Matt Bailey, a former advisor in the federal Office of the Chief Information Officer, will head up the U.S. Digital Service.

Ann Dunkin, a former CIO at the Environmental Protection Agency, has a role on the EPA team.

In addition to these names, read more about the teams reviewing the agencies most important to federal employees. See the full list of agency transition team members here.

Office of Personnel Management: Kiran Ahuja, a former chief of staff at the agency, will lead the OPM team. Ahuja served at OPM during the aftermath of the agency’s cybersecurity breaches. Prior to her OPM service, she led the Obama administration’s White House Initiative on Asian Americans and Pacific Islanders. Today, she’s the CEO of Philanthropy Northwest, a non-profit organization.

The rest of the team is filled with OPM alums who served at the agency as senior advisors during the Obama administration.

Office of Management and Budget: Martha Coven is steering the OMB team. Coven spent several years at OMB during the Obama administration, where she was responsible for the Labor Department, Social Security Administration and the Education Department budgets. She also served as a special assistant to the president’s Domestic Policy Council during the earliest years of the Obama administration, according to her Princeton University bio, where she’s currently a lecturer.

Bridget Dooling, a research professor with George Washington University and former analyst and attorney with the Office of Information and Regulatory Affairs, is also on the OMB team. Mark Schwartz, a longtime chief information officer for U.S. Citizenship and Immigration Services, is another OMB team member.

General Services Administration: Katy Kale had several roles in the Obama administration and will head up the GSA team. Kale served as assistant to the president for management and administration, director of White House operations and GSA chief of staff, according to her bio with Elevate, a grant writing company.

Defense Department: Kathleen Hicks, a senior vice president for the Center for Strategic and International Studies, will lead the DoD team. Hicks had several roles in the department under the Obama administration, including as principal deputy undersecretary of defense for policy and deputy under secretary of defense for strategy, plans, and forces.

The team reviewing the Pentagon is packed with other familiar names, including Sharon Burke, a former assistant secretary of defense for operational energy, Mike McCord, a former DoD comptroller, and Andrew Hunter, a CSIS senior fellow.

Shawn Skelly and Debra Wada, who recently ended their terms on the congressionally-chartered Commission on Military, National and Public Service, are also on the DoD team.

Department of Veterans Affairs: Meg Cabot, a senior director at Atlas Research and former director of VA’s Caregiver Support Program, will lead the team. Atlas Research has a longstanding partnership with VA.

Phillip Carter, a veteran and former researcher and fellow with the Center for a New American Security and Rand Corporation is on the VA team. Today, Carter is a corporate counsel for Tableau Software and an adjunct professor for Georgetown University. Baligh Yehia, who led VA’s Community Care Network during part of the Obama administration, is also a member, as is Andrea Ippolito, a former Presidential Innovation Fellow and leader of VA’s Innovation Network.

Department of Homeland Security: Ur Jaddou, a former chief counsel at USCIS and State Department alumna, will head up the DHS team. 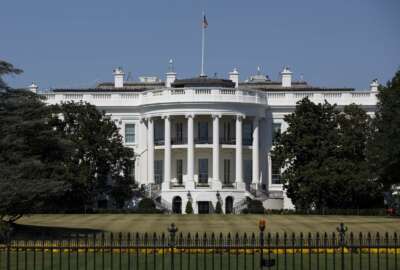