SSA sent the IRS data on 30 million Supplemental Security Income (SSI) recipients Thursday, which will allow the Treasury Department to move ahead on processing their Economic Impact Payments.

Top Democrats on the House Ways and Means Committee pressed SSA this week to send IRS the data “immediately,” so that lower-income Americans with disabilities receive their stimulus payments as soon as possible.

“The delays imposed by Commissioner [Andrew] Saul defied congressional intent and imposed needless anxiety and pain on taxpayers. Now the IRS needs to do its job and get these overdue payments out to suffering Americans. Further delays will not be tolerated by this committee,” the lawmakers wrote.

This exact scenario, however, is something the IRS tried to avoid in the CARES Act guidance it posted last year. It also underscores the challenge the IRS faces getting COVID-19 benefits to people who arguably need it most — individuals who don’t file annual tax returns — and creating ad-hoc data-sharing agreements with other agencies.

The IRS has sent more than 127 million EIPs under the American Rescue Plan totaling more than $325 billion. Most of those payments so far have gone to taxpayers who filed a 2019 or 2020 return, or non-filers who sent the agency information through an online portal last year.

For federal beneficiaries that don’t normally file tax returns or didn’t use the non-filers portal, the IRS said it’s working directly with SSA, the Railroad Retirement Board and the Veterans Affairs Department to “obtain updated 2021 information to ensure that as many people as possible are sent fast, automatic payments.”

Saul said SSA “successfully overcame the fact that the IRS did not have a mechanism to automatically identify Supplemental Security Income (SSI) recipients, some of the most financially insecure people in America.”

The IRS, in its earliest CARES Act guidance, developed a plan to get information directly from SSI beneficiaries. That plan asked non-filers to submit a simple tax return to receive an economic impact payment.

But days later, the Treasury Department walked that plan back. Under the new guidance, Social Security beneficiaries would automatically receive their EIPs, and wouldn’t need to file anything.

To get this information, Treasury said the IRS would pull data from the SSA-1099 forms that SSA already sends to the IRS every year.

While this updated guidance made it much easier for most SSA beneficiaries to obtain their EIPs, it also created a unique problem: SSI beneficiaries don’t receive an SSA-1099 form, which meant SSA and IRS didn’t have an easy way to send stimulus payments to SSI recipients.

In order for SSI recipients to receive their EIPs, Saul said SSA pushed the Trump administration and Congress last year to allow the agency to send the IRS a file of SSA beneficiaries who don’t receive an SSA-1099 form.

SSA, Saul added, sent the necessary files to IRS under the American Rescue Plan a week earlier than what it was able to accomplish under the CARES Act. SSA said last April that SSI recipients would receive their first-round of Economic Impact Payments under the CARES Act “no later than early May.”

Saul said SSA sent initial test files to IRS on March 22, and the IRS confirmed the tests were successful on Mach 24. SSA and the IRS also signed a memo of understanding to share this information on SSI recipients less than one week after Congress passed the American Rescue Plan.

“That process often takes weeks or months to complete, but we got the job done in a matter of days,” Saul said.

Chad Hooper, the executive director of the Professional Managers Association, said the IRS also faces a similar challenge getting EIPs to disabled veterans.

“Just replace ‘SSA’ with ‘VA’ and we get the same outcome: A group of folks receiving benefits that aren’t reported to the IRS, so we have no idea who they are without a tax return,” Hooper said.

Hooper said the simplest legislative fix would be an amendment to the tax code that requires SSA to issue a SSA-1099 to every single recipient of SSA dollars, rather than excluding SSI from the process.

“Having those documents prepared annually would mean the IRS always has an up-to-date record of everyone participating in their programs,” Hooper said. 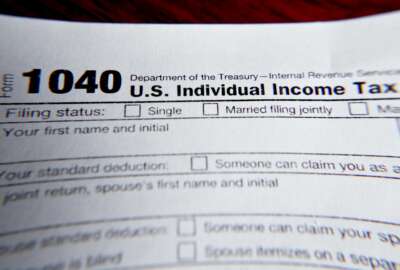 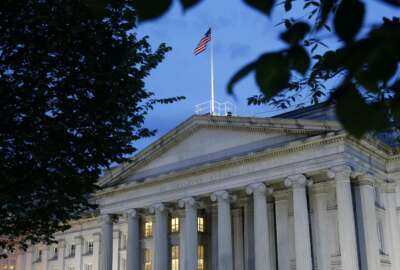