The White House on Thursday unveiled a series of new plans from federal agencies, which detail the steps they’ll take to ensure their operations, facilities and people can handle the risks of climate change.

A total of 23 federal agencies released new climate change strategies, part of their response to a January executive order from President Joe Biden. The order called on agencies to ensure they’re prepared for the ever-evolving impacts of climate change, from...

The White House on Thursday unveiled a series of new plans from federal agencies, which detail the steps they’ll take to ensure their operations, facilities and people can handle the risks of climate change.

A total of 23 federal agencies released new climate change strategies, part of their response to a January executive order from President Joe Biden. The order called on agencies to ensure they’re prepared for the ever-evolving impacts of climate change, from the risks severe weather might have on their facilities to the vulnerabilities such events might pose on federal employees and their ability to do their jobs.

The National Climate Task Force, White House Council on Environmental Quality’s, federal chief sustainability officer and the Office of Management and Budget have all reviewed the agency climate strategies.

“As part of these efforts, agencies will embed adaptation and resilience planning and implementation throughout their operations and programs, and will continually update their adaptation plans,” the White House said in a fact sheet describing the new strategies.

Agencies described a wide variety of risks that climate change might pose on their operations, plus steps they’re taking to mitigate them.

The Department of Veterans Affairs, for example, estimated it may need more than $2 billion in emergency funding every 7-10 years to replace or repair facilities damaged by major hurricanes and other storms. It used its experiences with Hurricanes Katrina and Sandy as the basis for setting that projection.

To mitigate potential damage to VA facilities, the department will reinstate climate resilience standards when analyzing the best way to repair, improve or replace buildings. The department said those standards were rescinded in 2017.

As the agency that releases federal employees in the national capital region, the Office of Personnel Management said it will review how weather events might impact the government’s operating status.

The Environmental Protection Agency will update the decision support tools its employees use to predict the probability of flooding and runoff.

The Department of Homeland Security set a goal of electrifying half of its fleet by 2030.

And the Education Department’s chief information officer is brainstorming ideas for reducing IT energy usage, which include, as an example, limiting the amount of IT equipment given to each employee, according to the agency’s plan.

Multiple agencies described plans to improve “climate literacy” among their employees. DHS said it would develop an education plan for its workforce, while OPM is looking for more opportunities to embed climate adaptation and resiliency training into its professional and leadership development curricula for employees and executives.

OPM also said it will support the administration’s climate change initiatives by helping other agencies leverage telework and other workplace flexibilities, which it sees as a way to ultimately reduce the federal footprint and limit traffic and congestion.

In addition, OPM is working with the White House Council on Environmental Quality to develop a new program, known as the Sustainability Executives Program. This program would bring climate experts from the private sector, non-profit space and academia into federal agencies to help them “solve complex problems related to the climate crisis,” according to the OPM plan.

The agency will launch the new program sometime in fiscal 2022 with a small number of executives at a few departments.

The General Services Administration has a number of initiatives underway to help agencies in preparing their facilities for the impacts of climate change, and it too described a need to educate its customers about this field.

It has a lot of ground to cover.

“GSA has made concerted efforts to build climate literacy with Public Building Service and its customers,” the agency’s plan reads. “However, significant confusion remains around the difference between climate mitigation and adaptation. The administration’s priority on climate change increases demand and the pace required for providing federal buildings with the appropriate levels of adaptive capacity and resilience. There is little time to build understanding of climate risks in PBS and its customer agencies, and this gap could slow the overall progress of addressing climate vulnerabilities to real property.”

Beyond the education efforts, GSA is collecting more data about flooding risks to federal facilities and updating its building assessment tool, which identifies, describes and prioritizes climate change risks.

The Public Building Service will consider including climate risk as a factor in its federal facility location policies, GSA added.

OMB and the Council on Environmental Quality will collect feedback on all of these agency climate plans. The public can submit comments until Nov. 6. 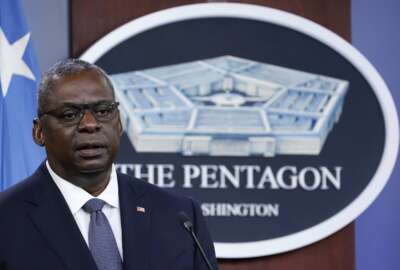 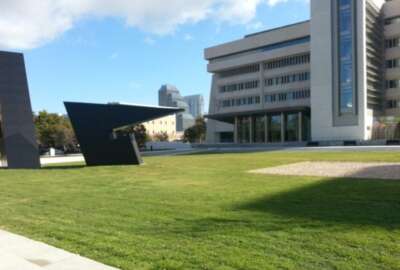 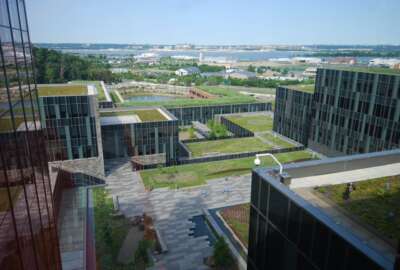