What happens when an agency inspector general appears to whitewash charges of sexual misconduct by a senior manager? In the case of the Securities and Exchange Commission, complaints from inside the SEC eventually resulted in an investigation by the IG from another agency. The Project on Government Oversight got hold of that report and the lurid events...

What happens when an agency inspector general appears to whitewash charges of sexual misconduct by a senior manager? In the case of the Securities and Exchange Commission, complaints from inside the SEC eventually resulted in an investigation by the IG from another agency. The Project on Government Oversight got hold of that report and the lurid events it uncovered. POGO senior journalist Adam Zagorin joined the Federal Drive with Tom Temin with more.

Tom Temin: Adam, good to have you back.

Tom Temin: So this is a weird case of the SEC inspector general. Just walk us through the steps that got to the point where you were able to obtain the most recent look by the Education Department IG.

Adam Zagorin: So there was a complaint — complaints, plural — back in, I want to say, 2016-2017 timeframe that a senior supervisory investigator in the Securities and Exchange Commission Office of the Inspector General had been doing various things. One of them was that he had allegedly been conducting an affair with a woman who was a direct report to him. That was one item. There was a related item to that, which was that, in the course of conducting this alleged affair, the two of them had been absent from the office for significant periods during business hours. And so there was the potential, or a finding, that they had been conducting I think it’s called “time and attendance fraud” on the government, because they had been spending many, many hours, according to the allegations, you know, simply not working and doing other things. And so all of this was brought to the attention of the IG and eventually to the five commissioners of the SEC itself. And there was an investigation conducted of these allegations. And the investigation was personally directed by Carl Hoecker, the Inspector General back then and still today of the SEC. And there were some peculiarities in this investigation that he conducted, which then led to complaints about him and the way he conducted it. The report of that investigation was what we at POGO obtained.

Tom Temin: I see. So complaints from within the SEC about the investigation by IG Hoecker then caused this to come to the attention of the Council of Inspectors General, correct?

Adam Zagorin: Yes, that’s correct. So the Council of Inspectors General is not a group that everyone is familiar with. But it’s significant, you know, it’s a government body. They don’t have a lot of staff themselves, so when they do an investigation, they typically get the investigative staff from some cabinet department. In this case, the Department of Education investigators did this under the supervision of someone who directs investigations for CIGIE. His name is Scott Dahl. And he oversaw this process and wrote an executive summary of it, which is even more pointed in some ways in the investigation that we also obtained. Scott Dahl, by the way, is a longtime Inspector General himself and served, for example, at the Labor Department when Eugene Scalia, a Republican, was the Secretary of Labor.

Tom Temin: Alright, we’re speaking with POGO senior journalist Adam Zagorin. So the Scott Dahl CIGIE investigation found that the Carl Hoecker SEC investigation was called a “whitewash,” according to the papers that you obtained. So what happened, then, when outside parties, and it was kind of blown wide open, that the investigation done by the SEC of the SEC is kind of brushed under the rug, these very serious allegations? Is that good way to put it?

Adam Zagorin: Yeah, I would actually take it a little further than that. So what happened was that there was this investigation of the investigation that was overseen by Carl Hoecker, the SEC IG. And they found, and let me just give you a couple of examples. First of all, they found that Hoecker, in the conduct of this investigation — and these are quotes by the way, this is not my opinion or anybody else’s opinion, this is direct from the report — so they found that he had abused his authority in the exercise of his official duty. They found that he had “engaged in conduct that undermines the independence and integrity reasonably expected of an inspector general.” They found that he had “exhibited a lack of candor.” Lack of candor is a nice way of saying that, I guess, they didn’t believe what he was saying was accurate. Here’s another quote: “It is clear from the record that inspector general Hoecker changes his story depending on what is most advantageous to him at the time.” Period, end quote. They also criticized him for contacting a protected witness, after that witness had given statements to investigators, and they essentially accused him of interfering with the witness in a way that is completely inappropriate. Let me just add one other thing about Mr. Hoecker. Mr. Hoecker is a respected longtime IG. He served at the FCC since 2013. He was appointed by President Barack Obama. But during this time, he also served at CIGIE — remember, the group that is investigating him in this matter, okay. And when he was at CIGIE, he was the head of something they call their investigations committee. And so what he did was he drew up and reinforced and spoke on behalf of the appropriate methods and procedures, etc. that should be followed by inspectors general when they do an investigation. So as opposed to just like these mistakes that they criticize him for being inadvertent or done by some person who didn’t have experience and didn’t know what to do, instead this guy was the standard bearer for correct conduct. So the idea that he didn’t know that he was committing this conduct in these many citations — some of which I just read to you — is really not in the cards.

Adam Zagorin: He know he broke the rules. They criticized him. And to finally answer your question, it’s not clear that really much of anything has been done about this at all.

Tom Temin: Right. In the case of his original investigation of the sexual misconduct, the person being investigated, the manager, had been hired, correct, by Mr. Hoecker? And therefore, I think the sense is that Hoecker should have recused himself from that investigation and had other staff do it.

Tom Temin: Got it, all right. So for POGO, then, I guess the concern is what happened next. And as you mentioned at the outset, Mr. Hoecker is still very much the IG. So no action happened. It seems like everyone kind of got away from this.

Adam Zagorin: Well, so just on that front, to be clear, I’m not sitting here saying something should have been done to him, or, you know, what should have been done to him. The report, they call for “appropriate disciplinary action for this serious misconduct,” comma, “including removal period,” end quote. So that was what the people who looked into this recommended, okay, is serious disciplinary action, including removal. Now, what we know is that they transmitted this report that they had done to a whole variety of people. I mean, it wouldn’t have been up to President Trump to decide this matter, certainly. But President Trump received a copy of the executive summary and perhaps the full report. Senior people in Congress, who have spent a great deal of time talking about accountability and transparency and all those kinds of good things, they also received copies of the report. And then the chairman of the Securities and Exchange Commission at the time, Jay Clayton, received one — a notification of this — and I believe his four fellow commissioners were also made aware of it. And there were no public statements about any of this, at the time, linked to Mr. Hoecker. And what we know, and it’s a complicated explanation how we know it because it came out in a almost hidden secret type way, but they appear to have suspended Mr. Hoecker for some period of time. I have not been able to verify how long that was. The appearance is it may have been a week or two. It could have been a little longer. And I believe that he may not have been paid during the time of his suspension. But there was never inside the SEC, or inside the SEC IG, any sort of public notice that this was going on. And so people only found out about it later. You know, like a year or two later, because this report became available.

Tom Temin: And you’ve been looking into it, and Reuters also did a story about it. And neither one of you could get much of a comment from the SEC on this whole matter.

Adam Zagorin: That’s correct. Let me just tell you, the SEC itself did not comment; Mr. Hoecker did not comment. I personally got in touch with Jay Clayton, the former chairman of the SEC, he was chairman at the time when this report was first delivered to him. He had nothing to say. And I also made calls to both sides of the aisle involving various people on the Hill who had been informed of this. None of them had anything to say.

Tom Temin: And so, once again, the Washington kind of machinery seems to exert its own rhythms, doesn’t it?

Adam Zagorin: Yeah, I mean, I feel very comfortable in saying this report, I’ve rarely read a report that has been this critical of an inspector general. One thing to note is that all this misconduct — and it’s really quite serious misconduct, the lack of candor, the contacting of a protected witness, it goes on and on, the failure to recuse — is quite serious, but it is not directly related to the main mission of the SEC, which is to monitor and keep track of the largest securities markets in the world that we have here in the United States. On the other hand, if this is the way that the top watchdog of the SEC is going to conduct himself, according to an official report, I don’t think it exactly contributes to the confidence that taxpayers and others would have in the SEC system and the way they do business. One would expect that there would be some comments, some response to this level of misconduct as officially identified. I don’t know why that hasn’t happened. But at least at the moment, that’s where the record is.

Tom Temin: Adam Zagorin is senior journalist with the Project on Government Oversight, thanks so much. 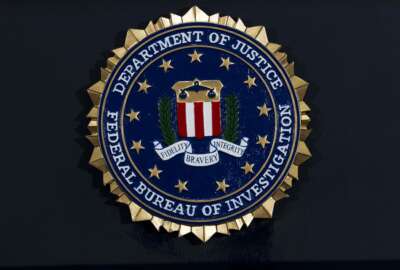 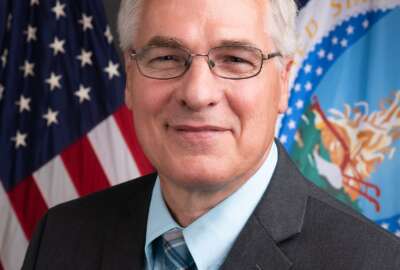 Meet the Presidential Rank Award winner, a cattle expert who sometimes gets cow pies on his boots. 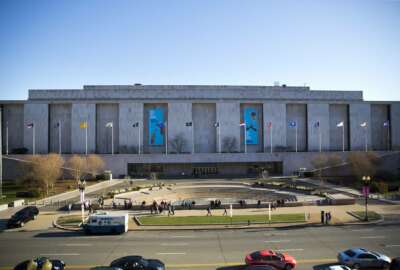