The Biden administration detailed more of agencies’ plans over the next couple of years to improve transparency in federal services.

The Open Government National Action Plan, which the White House published on Dec. 28, is the fifth of its kind, and the first for this administration. It focuses largely on developing the three key priorities of the President’s Management Agenda, and commits to actions aiming to foster a more open and transparent government.

The Biden administration detailed more of agencies’ plans over the next couple of years to improve transparency in federal services.

The Open Government National Action Plan, which the White House published on Dec. 28, is the fifth of its kind, and the first for this administration. It focuses largely on developing the three key priorities of the President’s Management Agenda, and commits to actions aiming to foster a more open and transparent government.

The action plan is “intended to help support a more equitable and accountable democratic government for all Americans — by improving how the federal government delivers benefits and services, providing its citizenry with broadened access to information and data, fostering greater participation in the work of federal government, countering corruption and promoting governmental integrity and ensuring equal justice and fairness for all,” the Dec. 28 report said.

Notably, the administration’s earlier priority of advancing equity and inclusion for underserved communities largely underscored the plans laid out in the report.

“Our hope … is that this document reflects the voices of more communities that have not typically participated in the work of government before, as well as new commitments to improving those communities’ inclusion in social, economic and civic life,” the report said. “Advancing equity, like supporting and promoting democracy, is an ongoing process — one that requires a sustained commitment from both government and civil society.”

Within each of the five themes, agencies have either already taken actions, or plan to take actions, to advance the administrative priorities, the report said.

For instance, under the first theme, the Biden administration said it plans to expand the use of equitable data, to better reflect the diversity of the country. The plan will include implementing recent recommendations from a data working group. Some of those recommendations were to promote interagency data sharing, and to more often include underused data, as well as create better feedback loops for agencies’ data leaders to connect with stakeholders.

Additionally, the Office of Management and Budget said it plans to review the federal standards for maintaining, collecting and presenting data on race and ethnicity.

“OMB has convened an interagency technical working group representing agencies that collect or use race and ethnicity data,” the report said. “The working group will examine relevant research and engage in meaningful ways with the public on its work.”

Another theme in the action plan looks at how to transform government service delivery. The key area relates largely to the second priority of the PMA — delivering excellent, equitable and secure federal services and customer experiences — as well as Biden’s executive order on improving federal customer experience.

The administration said it will continue implementation of the customer experience executive order, which just hit its one-year anniversary. In 2023, agency leaders will select specific implementation projects related to the order and share their progress on Performance.gov.

Another theme of the report centers on increasing civic space to engage the public. In that area, the administration said it’s taken some steps to broaden public engagement on agencies’ regulatory actions, such as an executive order to modernize the regulatory process.

“Over the next year, the federal government commits to supporting greater community engagement in the rulemaking process, including through its efforts to modernize the regulatory review process, through tools, guidance and other resources,” the report said.

For example, the Small Business Administration aims to more equitably distribute federal contracting dollars to better include small and disadvantaged businesses. And the Defense Department plans to consider the role that equity plays as it develops work on artificial intelligence.

Beyond the initial announcement on advancing equity earlier this year, a couple agencies are now planning to take further steps in that direction. For example, within the next two years, the National Archives and Records Administration plans to launch a new catalog site with an improved search function, as well as an update to its main website.

“Last, NARA commits to engaging with underserved communities and working with community points of contact to identify and prioritize records in NARA’s holdings that are important and impactful to those communities,” the report said. “This effort, organized over the next two to four years, will result in meeting with community points of contact, identifying pertinent records and prioritizing records for processing, description, digitization, bulk download, transcription or potentially other collaborative projects.”

Biden previously signed an executive order for the effort to advance equity during his first week in office, tasking agencies with assessing how well their services reach all individuals, including those in underserved areas. In areas where they’re lacking, agencies must work to improve how they’re delivering services.

“Over the next year, the federal government will continue to support agencies as they implement their equity action plans,” the report said.

The report also reemphasized the Biden administration’s commitment to several previous tasks for agencies, one of which was ensuring integrity and independence of agencies’ respective offices of inspectors general.

OMB previously released guidance to agency leaders to better cooperate with their IG offices, in part by communicating with their staff about the crucial role of IGs. The administration said it plans to continue working with agencies to promote positive relationships between agencies and IGs.

Additionally, the administration said it’s committed to ensuring federal employees have strong whistleblower protections, to be able to report wrongdoings without the fear of retaliation. Guidance from OMB in 2020 directed agencies to provide whistleblower training to employees, something that the White House plans to continue pushing agencies to implement.

Along with many of the efforts already underway at federal agencies, the administration said it plans to build out many of the broad goals and themes in the very near future.

“In the coming months, the government will continue to work with partners across government, as well as the public and civil society organizations, to implement these commitments,” the report said. 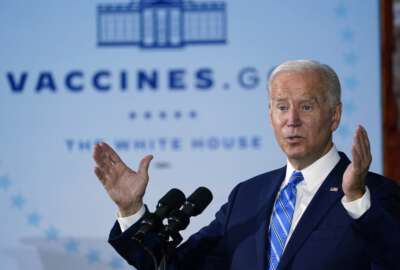 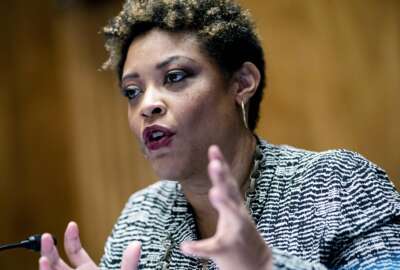 Agencies release over 300 actions to advance equity in federal services