Draining the swamp: Is there a plumber in the house?

Next to kissing babies — infants, that is — and promising a chicken in every pot, or vegan substitutes when necessary, most politicians realize that running against the mess in Washington is a sure-fire vote-getter.

The concept of draining the D.C. swamp is not new, but it has seldom been pursued with more vigor than now. Most Americans, who don’t live inside the Beltway, would probably agree that more Washington-based bureaucrats should be out there...

Next to kissing babies — infants, that is — and promising a chicken in every pot, or vegan substitutes when necessary, most politicians realize that running against the mess in Washington is a sure-fire vote-getter.

The concept of draining the D.C. swamp is not new, but it has seldom been pursued with more vigor than now. Most Americans, who don’t live inside the Beltway, would probably agree that more Washington-based bureaucrats should be out there in the real world where the programs they formulate and the laws they carry out are felt most. If not the actual job-holders themselves, then their slots could be filled by locals who would love to have a federal job with all its benefits.

Having 15% of the nonpostal federal workforce in the Washington, D.C. metro area begs the question. For example, how much of the Interior and Agriculture departments’ workforces should be based in D.C., far from the majority of their constitutents? We do many things well here in Washington, but we don’t plant soybeans or manage national forests or herds of wild horses. Which is probably why the Trump administration decided that the first swamp dwellers to be relocated from D.C. to the real world (Kansas City) should be from operations in Agriculture — this month.

Shouldn’t the feds responsible for programs impacting crops, cattle, minerals, bears, elk and corn be closer to the taxpayers who produce, manage and depend on them?

But what works beautifully on paper, especially if it is part of a political plan, sometimes falls apart when reality rears its ugly head. The relocation plans started with Interior and Agriculture.

Earlier this month Federal News Network’s Nicole Ogrysko reported that most of the Agriculture workers slated to move don’t want to. USDA is exploring whether it can rehire former employees to return to work for the Economic Research Service and the National Institute of Food and Agriculture to supplement potential workforce gaps this fall.

Both bureaus are expected to lose significant portions of their workforces in the coming month, as ERS and NIFA relocate their headquarters to Kansas City by Sept. 30. Employees must accept mandatory reassignments to Kansas City or will lose their current jobs. Ogrysko also wrote that according to an ERS retiree familiar with the plan, “former employees who agreed to return to the agency would receive the same rate of pay they had received whenever they left the agency. Reemployed annuitants would work for 20 hours a week in USDA’s South Building in Washington, D.C., through the end of the year, the retiree said. Annuitants would be allowed to telework starting in 2020.

“It’s unclear at this point exactly how many current ERS and NIFA employees are leaving, but the two bureaus stand to lose a significant portion of the workforces.

“According to the department’s count in mid-July, 58% of the employees at ERS who had been chosen to relocate have declined, while 67% of the selected workforce at the NIFA had also rejected USDA’s mandatory reassignments to Kansas City.

“USDA has said ERS and NIFA employees can change their minds and choose to relocate at any point until Sept. 27, the last Friday before the department’s report-date to Kansas City. In addition, USDA told Federal News Network last week it had offered buyout payments of $10,000 to 43 ERS and 48 NIFA employees. These employees can decline USDA’s Voluntary Separation Incentive Payment (VSIP) offers, especially if they’re eligible for priority selection for other positions at USDA or another agency under the Career Transition Assistance Program.”

USDA is also considering buyouts, which got everybody’s attention.

Some feds have been hanging on to their jobs, many for years, hoping for a return to the Clinton era when thousands of people were offered $25,000 buyouts (in 1995 dollars) to quit or retire. Over the years there have been movements and some congressional interest in updating the buyouts to make them more attractive. Often the number assigned to the wannabe buyouts is $40,000. But apparently that is not going to happen.

In fact, Agriculture’s idea is to limit the VSIPs to $10,000 — before deductions. You can do the math.

So now with moving day approaching, even with delays and a temporary telework option, the drain-the-swamp effort is getting more complicated, and potentially more expensive. Even though most such changes are always sold as saving the taxpayers money, the numbers on this one are still up in the air.

Geese have been used to aide police in several countries, most recently in China’s Xinjiang province. The country’s People’s Daily newspaper reported that the birds “[are known] for being extremely vigilant and having excellent hearing,” and “are very brave. They spread their wings and will attack any strangers entering [someone’s] home … like a radar that does not need power.” The UN Food and Agricultural Organization has also said geese are effective guards against strangers and predators because they cannot be calmed into silence. Meanwhile the U.S. military employed 900 geese to guard military installations in West Germany in 1986, and geese are credited with helping Rome fight the Gaul invasion in 390 BC. 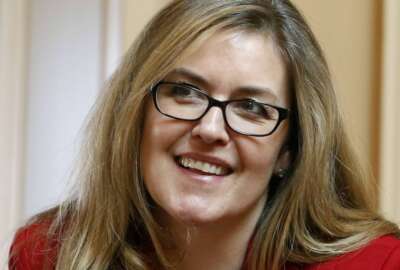