The Democratic presidential primaries are great drama this year. “America’s Got Talent” meets “Survivor.” The GOP contest will be more like a dull public service announcement, but it’s what we have for now.

The coronavirus scare and its impact on the stock market, and maybe literally on our lives, is super important. And as we learn more about the virus and the growing number of victims it may be that the worst is yet to...

The Democratic presidential primaries are great drama this year. “America’s Got Talent” meets “Survivor.” The GOP contest will be more like a dull public service announcement, but it’s what we have for now.

The coronavirus scare and its impact on the stock market, and maybe literally on our lives, is super important. And as we learn more about the virus and the growing number of victims it may be that the worst is yet to come.

That said … until a lot more is known, life goes on. You’ve still got a job to do, duties to perform which, as a federal worker, are or will become super-high profile in the months to come. Members of the general public who view government as a collection of time-serving, fire-proof bureaucrats will get a new look at government scientists, researchers and first-responders who actually do things and get things done. And no matter how bad things get, if they do, life goes on. It’s an election year so anything can happen, including nothing.

The Trump administration has again proposed its round-up-the-usual suspects legislative wish list. The idea is to” reform” the federal retirement package — reform, as in make people pay more for their retirement benefits while working. It calls for a 6% cut in take-home pay over six years while getting less on the receiving end in retirement. Annual cost-of-living adjustments would be reduced for those under the old Civil Service Retirement System and eliminated completely for people retiring under the Federal Employees Retirement System. So-called gap payments currently worth tens of thousands of dollars would be eliminated for FERS employees retiring before they are eligible to collect Social Security at age 62. That would be a major financial blow to air traffic controllers, law enforcement officers, firefighters and others who are forced to retire at age 57.

Plans to revise, modify or kill the government pension offset and windfall elimination provisions have also been reintroduced by pro-fed legislators. GPO and WEP reduce or eliminate the Social Security benefits of civil service retirees or their survivors.

Federal pay raises are always tricky especially when an election is coming. Last year President Donald Trump proposed a zero pay raise for white collar feds. But congressional Democrats insisted on a 3.1% raise for January 2020. And Senate Republicans went along. This year the White House wants a 1% civilian raise for 2021. House Democrats are pressing for a 3.5% increase. So what are the odds?

What are the odds that this election-obsessed Congress now dealing with the threat a pandemic-triggered stock market meltdown will do anything for or against feds?

With all the problems bubbling here in March, is Congress really going to spend real time moving most functions of the Office of Personnel Management to the General Services Administration? Except for some Washington-based technocrats, and some hungry contractors, who cares about that when China is in lockdown and the stock market is free-falling?

Good questions: Which we’ll ask today when Jessica Klement and John Hatton from the National Active and Retired Federal Employees Association join us at 10 a.m. EDT on Your Turn. Listen on www.federalnewsnetwork.com or at 1500 AM in the Washington, D.C. area.

We’ll talk about what Congress may or may not do to your pay and benefits, and to proposals to lower the rate of interest on the G fund which is a favorite “safe” investment during troubled times for many TSP investors. If you have questions for them please send them to me before showtime at: mcausey@federalnewsnetwork.com. If you can’t listen now the show will be archived on our website so you can hear it anytime. 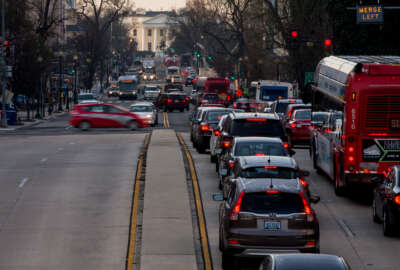 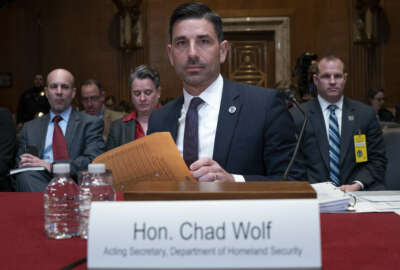