I schlepped to work today with a seriously runny nose, cough and fever I’m suppressing with ibuprofen. To a person, the reaction is a joking, “Coronavirus!”

The virus is no joke, but the federal response does have clown circus qualities. It’ll give fresh ammo to the fed-bashing artillery, but it’s the politicians who are looking incompetent.

Just a few moments ago in the hallway, someone asked me, “What the heck is the federal response to the coronavirus anyway?” He said he and his wife were contemplating stocking up on dog food in case they and their pooch had to head for the hills.

It’s not as if there is no plan. The Trump administration has asked for $2.5 billion in emergency spending. Dig enough through some of the published stories, and you’ll discover this breaks down to $1.5 billion for developing and buying a vaccine, if one can be developed. The rest would go for masks and hazmat jumpsuits, and to the Centers for Disease Control and Prevention for activities to deal with those infected — testing, quarantining and so forth.

To its credit, CDC provides a small textbook’s worth of up-to-date material on COVID-19 on its website. CDC issued a public warning Tuesday, the agency has also been sending test kits to state and local health authorities. The public health apparatus is in fact working on the coronavirus.

But the government’s messaging has devolved into tweets by the president and statements from other officials downplaying the CDC assessment. To some extent, Trump may have been trying to project optimism and positivity, albeit clumsily. But any administration ought to have a thoroughly planned response to something so potentially dangerous, and a unified way of communicating it to the public. Officials, including the president, should project neither panic nor overconfidence.

Various CDC officials have tried to present realistic possibilities. Of course there will be more cases. But that doesn’t mean the nation is on the verge of a Camus-like peste.

At a typically unhelpful hearing — unless you consider airing of political grievance and grandstanding helpful — Department of Homeland Security Acting Secretary Chad Wolf sounded unprepared under questioning by Republican Sen. John Kennedy of Louisiana. Wolf is not a neophyte to Washington in the heat of threat reaction. He’s also been a cabinet level chief of staff. He should know what he’ll be facing in these show hearings, and what he should know factually.

The administration sought to get the messaging under control with last night’s press conference. Now Vice President Mike Pence will coordinate the federal response.

Trump’s opponents in Congress were no better. Senate Minority Leader Chuck Schumer (N.Y.), Senate Appropriations Committee Chairman Richard Shelby (Ala.), and House Speaker Nancy Pelosi (Calif.) all said $2.5 billion isn’t enough. Schumer said Congress should appropriate $8.5 billion. House Minority Leader Kevin McCarthy (Calif.) thinks $4 billion is right. None, I bet, have any clue as to what might be the correct figure. Anyhow, if $2.5 billion runs out, they can always print more money.

As a practical matter, people are more worried about the losses to their Thrift Savings Plan and 401k accounts thanks to the stock market tanking, than they are about the possibility of getting coronavirus’ flu-like symptoms. Political leadership that has its act together could do a lot to temper all of the worries.

Agency: 2nd US case of person who got virus from community 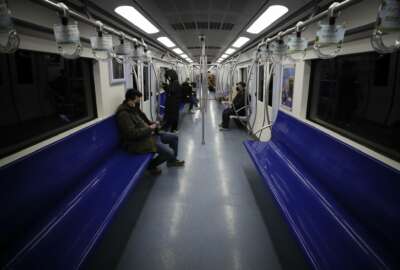 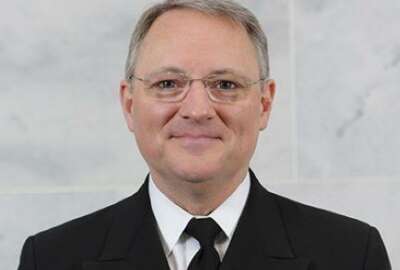 Director of CDC’s influenza division up for Sammies medal