Depending on who is doing the counting, the federal family is around 5 million to 7 million people. They range from newborns to a growing number of centenarians.

They live everywhere — and work in places like the local Veterans Affairs hospital, the Post Office, the Social Security center, the IRS, Departments of Defense, Justice and Interior — to name a few. Or everyone’s favorite, NASA — maybe even the CIA?

The family also includes millions of retirees and spouses. They are scattered all over the country, but have a heavy, sometimes lop-sided, presence in places where you would expect — and some that might surprise you. Most are likely registered voters, as in the kind that actually vote.

The fed family notably has a major presence in many key election states: Virginia, Florida, Texas, California, Pennsylvania, Ohio , Colorado, Washington and more. In some small to medium sized towns, Uncle Sam is the primary employer. Whether it’s a federal prison, military base, VA hospital or IRS service center. Obviously winning their votes would be nice, maybe even critical, in a key state allowing the Electoral College to trump (no pun intended) the popular vote nationwide.

Predicting which presidential candidate federal and postal unions will endorse is not rocket science. If it’s a Democrat, odds are they get the nod from the minority of civil servants who pay dues and carry union cards. The exception is Ronald Reagan. He got the nod of two unions in 1980. One of them was the now-defunct Professional Air Traffic Controllers, which turned out badly for the union — Reagan fired the controllers after they went out on strike.

Earlier, the presidents of the two largest federal unions endorsed Richard Nixon, but as “private individuals” and not labor leaders. That worked out well for the American Federation of Government Employees and the National Association of Letter Carriers who won various perks for members. Though in the end, it didn’t help Nixon very much.

In almost every election the national unions’ executive boards and presidents endorse Democratic candidates. Branches or councils of the unions may back the GOP candidate, as did AFL-CIO’s National Border Patrol Council, which backed candidate Donald Trump, while the union as a whole endorsed Hillary Clinton — and Barack Obama and Bill Clinton before that. No big surprises there.

The twist, the news hook if you like, this time around is that both the National Treasury Employees Union and the American Federation of Government Employees Union last week endorsed Joe Biden. No surprise except that Biden technically isn’t the candidate until named by the convention — a formality at this point — so it is a sign that the two large unions, with a major presence in the IRS, Homeland Security and Defense Department, couldn’t wait — understandable from their viewpoint!

The unions through their political action committees will help mostly Democratic candidates. In past years staffers have taken leave to help out in different areas. The union endorsement is mostly a plus. The question is how much? Does it energize potential Democratic voters or turn off Republicans who think draining the D.C. swamp is great idea? Some would ask if winning the federal family vote, assuming there is such a bloc, is a plus or minus?

When politicians thank unions and welcome their endorsement, they understandably put their best foot forward. So they always say how many federal workers and potential voters the union “represents,” not the actual number of people who belong to the union. A union can “represent” 700,000 workers. Nonmembers represented by a union get the same benefits as those won or granted nonmembers, but without having to join or pay dues. But the actual dues-paying number of members in a union which “represents” 700,000 employees may be closer to 250,000. Still a big deal, but not as big.

Federal workers generally fit well into their communities, and may or may not reflect the political views of their neighbors. Feds are generally better educated and better paid, though many dispute this, than non-federal workers. Virtually all of them are covered by a retirement plan which encourages many to stay on the job compared to the private sector, where Social Security and 401(k) plans encourage mobility. About 30% of the federal workforce are military veterans compared to about 10% of the general public.

Alike, yet different. So how alike and how different? What’s your take: How alike or how different are you compared to your non-federal neighbors?

If you are a national or local candidate in elected office, is the federal vote a blessing or a curse? Is there such a thing, and if so will it make a difference this time? To check on the federal population of your state, click here. You may be surprised by the numbers wherever you live, work and vote — and so may be some politicians.

If ever in the mangrove forests of South Florida, the Caribbean, Central America or northern South America stay away from the manchineel tree, an endangered species which is entirely dangerous to humans. Luckily these trees are usually marked with warning signs. Its fruit resembling crab apples is poisonous, as are its bark and leaves. The sap can burn the skin and paint off cars, so do not sit or park underneath it, even in the rain. Don’t burn the tree, either, as the smoke may injure your eyes. 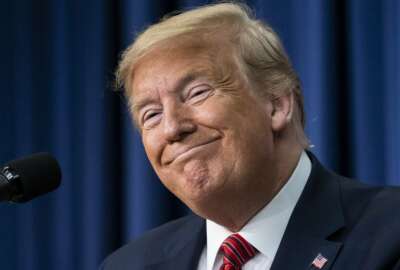