“Silicon Valley,” whatever that is, used to inspire the imagination for the kinds of goodies it offered hard-working employees putting in long hours. Luncheon spreads, dog friendliness, napping pods, foosball tables, Friday beer blasts. What fun!

In the latter days, lurid Me Too reports of sexual harassment and gender discrimination came out. Images of noisy, cheek-by-jowl work floors, and endless hours with no real work-life balance also came out. They all dulled the allure of...

“Silicon Valley,” whatever that is, used to inspire the imagination for the kinds of goodies it offered hard-working employees putting in long hours. Luncheon spreads, dog friendliness, napping pods, foosball tables, Friday beer blasts. What fun!

In the latter days, lurid Me Too reports of sexual harassment and gender discrimination came out. Images of noisy, cheek-by-jowl work floors, and endless hours with no real work-life balance also came out. They all dulled the allure of the Valley, at least as a workplace.

Federal employees never had beer blasts nor foosball tables to begin with. A satisfying work environment for many feds calls for belief in the agency mission and good communication about shared expectations among executives, managers and the rank-and-file. This has, in large measure, to do with respect, a commodity that must travel in two directions to be effective.

Something I’ve always noticed about military agency environments: uniformed people are addressed in meetings or introductions by their rank, Civilians in turn are addressed as Mr., Mrs. or Ms. It’s a convention driven by a shared understanding that both the service members and civilians are working towards a shared goal, and that if uniforms come with honorifics, so do suit-jackets and dresses. It’s a small thing, but it seems to be universal and it enhances the civility.

Made up of people, military related agencies have personnel issues just like all agencies. For instance, the Merit Systems Protection Board regularly gets unfair labor practice claims from DoD agencies. Military agencies run the gamut in terms of employee satisfaction scores and Best Places to Work rankings.

On a trip to Huntsville, Alabama earlier this week, I visited the Army Space and Missile Defense Command (SMDC). It occupies some impressively large buildings on the vast tract of land known as the Redstone Arsenal. “Arsenal” is the wrong word for this city-within-a-city, housing as it does some 78 commands and agencies.

SMDC does serious work. You check your cell phone into one of these tiny lockers near the front door. When I arrived with a public affairs escort, security staff examined my recording device, even down to the serial number, and my microphones. The swinging arms of the entrance gates in the lobby looked as though they could chop you in half. I feel confident no Friday beer blasts take place there, at least not in the headquarters building.

Still, SMDC is an organization of people. The deputy to the commander, Richard De Fatta, and I exchanged motorcycle brand preferences. We joked over who has the most powerful lasers — the Army or the Navy. He doesn’t speak loudly, but he did spend a 30-year Army career dealing with explosives delivered by fast rockets. Also lasers meant to kill, not to wiggle at PowerPoint slides.

I also spoke with SMDC’s Dana Henslee, part of the agency’s workforce development staff. She referred to her work as the “squishy stuff,” compared to the discussion I’d had with De Fatta about the mechanics and technologies of missile defense itself. It might be squishy, but it has the support of the agency’s top brass.

Henslee’s work is crucial to SMDC, which is the Army’s top-ranked command on the most recent Best Places to Work list. It’s in the top quarter of agency subcomponents governmentwide. With an overall satisfaction of 77.5, it stands above the government median of 64.5, and the Army’s 63.7. Plus, SMDC’s scores have risen steadily over the past few years.

The improvement effort, Henslee said, started in 2019. The initial focus aimed at the Federal Employee Viewpoint Survey question about whether people think survey results will be used by management to improve things.

“In brainstorming session, we allowed individuals, supervisors and non supervisors, to share their thoughts, ideas, recommendations, anything that they wanted to share related to that specific question or other questions,” Henslee said.

One immediate outcome, she said, was an improved communication plan, simply to tell people how agency leadership was working to make the agency better.

The listening sessions revealed widespread dissatisfaction with a mundane process required of every employee. Namely, writing a cogent “contribution statement” about themselves as part of their annual appraisal packages.

Henslee said she herself found that task puzzling.

“We did not know how to write a good contribution statement,” she said. “We did not have a format to follow. And we really did not understand what the folks sitting around the table reviewing our appraisal package … were looking for, what the expectation was, or really, how to communicate our contributions.”

That fuzziness seemed related to a spike in employee grievance filings following annual appraisal meetings, Henslee added. “We had a lot of folks just not real happy with the appraisals,” she said.

Henslee asked managers and supervisors what they wanted to get out of employees’ contribution descriptions, how employees could improve their appraisal packages. With this input, Henslee’s staff developed a training class for appraisal writing.

“After the first year of presenting that training to personnel, we received feedback from the managers, that the packages were better, the packages had improved,” Henslee said, “and that over time, the number of grievances have greatly decreased.”

“And so right now I think we have about 12 action items that we’re working,” she said. Henslee didn’t mention nap pods or letting dogs come to work. Like so many other agencies, USMD has many people teleworking most of the time.

“Our senior leaders are very people focused and have a real desire for the Space and Missile Defense Command to be a great place to work,” she said. 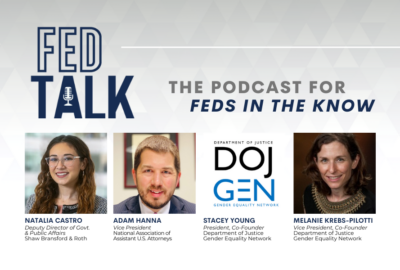 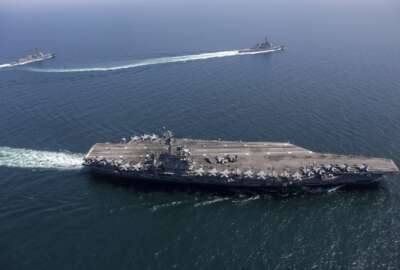 Not everything in the ocean is natural. A look inside the Navy’s mine warfare center.