This fiscal year, the Navy will take five large contracts and break them up into smaller awards so small businesses and others can compete for the work.

Jimmy Smith, the director of the Office of Small Business Programs at the Department of the Navy, said breaking up the contracts so will...

This fiscal year, the Navy will take five large contracts and break them up into smaller awards so small businesses and others can compete for the work.

Jimmy Smith, the director of the Office of Small Business Programs at the Department of the Navy, said breaking up the contracts so will also help the service meet the goals of President Joe Biden’s executive order on “Advancing Racial Equity and Support for Underserved Communities Through the Federal Government.”

The executive order directs agencies to address barriers underserved communities and individuals may face in competing for procurement and contracting opportunities, among other actions.

“We know that the primes are going to the subs anyway, contracting with them directly,” Smith said during AFCEA NOVA’s Oct. 25 “Naval IT Day” in McLean, Virginia. “We can save the pass-through money and get more capability and more service out of that dollar, than just giving a bonus to the industry partner to just pass the money through and take that percentage off the top. So again, we’re serious about making sure that small businesses have an opportunity to do business with us.”

In a follow-up interview with Federal News Network, Smith said the Navy can’t finalize the five prime contracts it will break up due to the ongoing continuing resolution that prevents new spending in fiscal 2023.

“I can’t pull the trigger on a new contract and tell you which ones those are that we’re going to break down and break into many parts until we get past the continuing resolution,” Smith said. “But we know all the contracts that are sun-setting on the horizon. If they fall into the right time frame, we’re breaking them up into many parts to create opportunities for small businesses, to increase our small business participation.”

But Navy Secretary Carlos Del Toro, who ran a small government contractor before joining the Biden administration, has made increasing opportunities for small businesses a top priority, according to Smith.

Del Toro, who spoke earlier at the Naval IT Day conference, described a trend of consolidating work into large contracts in recent years. A February 2022 report on the “State of Competition within the Defense Industrial Base” recommended increasing  opportunities for small businesses as one way to staunch the decline of defense sector companies.

“Over the course of the last 10 years or so, there have been a lot of contracts that have been bundled together,” Del Toro said. “And it made it hard for medium-sized companies and small companies to compete on. And I’m very sensitive to that fact, because I don’t think it’s good for the taxpayer. Competition is what’s important as well. And so we have to have healthy competition across all sectors in order to build efficiencies for the American taxpayer.”

Another priority of Del Toro’s, Smith said, is to ensure prime contractors aren’t using small businesses as bait to win contracts and then failing to live up to their workshare agreements.

“When the secretary meets with the CEO for that given large industry partner company, one of the first questions that he asks that CEO is, ‘So how are you doing on your workshare agreements and honoring those commitments that you gave to those subcontractors that you promised to give work to?’” Smith said. “And trust me, he’s already seen the data about a week and a half before that large industry partner shows up.”

Last year, the Navy began auditing its 10 buying commands to determine whether primes were living up to their workshare agreements. Smith said the Navy has started meeting with large contractors to dig into what they’ve found.

“We’ve met with 13 of our large industry primes,” Smith said. “And we’ve basically shown them for every contract you have across the Department of the Navy, here’s the workshare agreement that you said you were going to execute pre-award. And here’s how you’re actually performing in your post-award status. And these two numbers, in many cases like you might imagine, don’t match.”

This year, the Navy will put terms into five contracts to incentivize prime contractors to meet their workshare agreements, as well as terms that allow the service to withhold payment if the company fails to live up to the agreements.

“Making sure the contracting officers are honoring the enforcement of contracts has turned its head to be more of an important factor within the Navy in areas where we see to there is a degradation,” Smith told Federal News Network.

After the five initial contracts this year, Smith said the Navy will look to use the new carrots-and-sticks approach more broadly across the service.

“Hopefully, we have enough runway in this fiscal year with the continuing resolution and all of those things, but we’re going to take those lessons learned from what we can actually award out and make sure that from an industry standpoint, it’s fair, and from a government standpoint, it’s fair,” Smith said. “And then we’re going to mainstream that across the cross the Navy in a very thoughtful fashion. It just won’t be blanketed across every opportunity. We’re going to do it for the impacts that we’re really trying to control.” 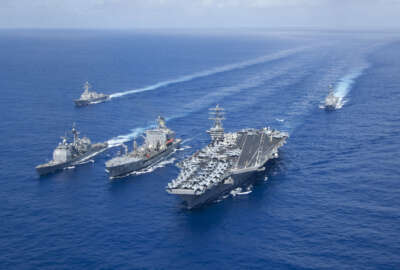 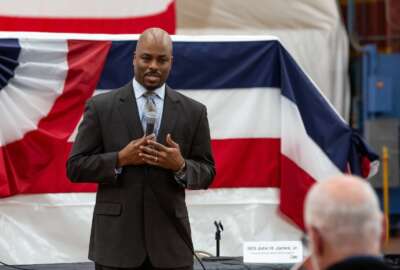 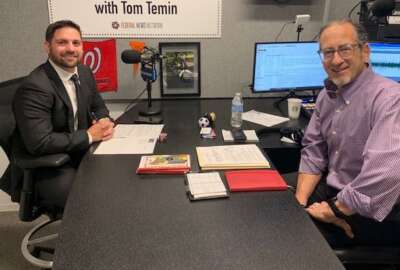