For decades, the federal government has grappled with a pay gap that separates employees by both gender and race.

For decades, the federal government has grappled with a pay gap that separates employees by both gender and race.

As of September 2021, the most recent data available, the gender pay gap for the civilian workforce was 5.9% for all employees. The gender and racial pay gap for the federal workforce previously dropped from 19% in 1999 to 7% in 2017, the Government Accountability Office reported.

Even with the continuous improvement, the Office of Personnel Management’s strategic plan for fiscal 2022 through 2026 includes the goal of completely closing the pay gap in the federal government. In a June report on Performance.gov, OPM reaffirmed its plan to release proposed regulations by next September to help agencies tackle the problem early on, during the hiring and pay-setting processes.

“We are working on guidance to encourage agencies to not use salary history as we have in the past,” OPM Director Kiran Ahuja said at a June 23 press conference.

In the proposed regulations, which stem from a March 15 executive order promoting pay transparency and equity, agencies will also get guidance from OPM for how to conduct pay equity reviews. Additionally, agencies will have to report to OPM and the White House regarding any changes they implemented to advance pay equity for inclusion.

Agencies can start acting now, before OPM releases the guidance. The Department of Justice Gender Equality Network, an employee-run federal advocacy group, said agencies shouldn’t wait to start self-regulating their use of salary history in the hiring process.

“We certainly understand that it can take a long time to draft and implement regulations. But in the meantime, there’s absolutely no reason for agencies to wait to take this commonsense step toward pay equity. There’s nothing in the relevant statutes or regulations that requires agencies to consider past salary when hiring or pay setting,” DOJ GEN President Stacey Young told Federal News Network.

DOJ GEN also wants OPM to go further in its proposal. The group is advocating for a complete ban on both soliciting and considering salary history in the federal hiring process.

“If the federal government bans the solicitation of salary history only, that means an agency can still consider salary history if a job applicant raises it on their own. Job applicants and new hires shouldn’t be able to get around the prohibition by volunteering their past salary in an effort to get paid more,” Young said.

Although agencies cannot prevent an applicant from offering salary history, Young added OPM can still prevent agencies from considering it. The federal government should follow the lead of other entities, she said, that have already completely banned the use of salary history in the hiring process.

“Twenty-one states and an additional 21 municipalities have issued salary history bans. Many major companies throughout the country have implemented these bans as well. There’s strong academic research showing that these bans work. Not using past salary when hiring or setting pay helps to avoid perpetuating past pay inequities,” Young said.

The role of the federal pay system

Compared to the general U.S. workforce, gender and race pay gaps are smaller in the federal government, GAO reported. For example, there is no gender pay gap in the Senior Executive Service for the second year in a row, Ahuja said in March. In comparison, GAO said female managers in the nationwide workforce earned 71 cents for every dollar earned by male managers in 2019.

Currently, 38% of SES employees are women, while GAO estimated that in 2019, about 42% of managers nationwide were women.

Data from 2017 also showed that male federal employees made on average 7% more than their female colleagues, compared with an average 17% nationwide pay gap. Ahuja said the smaller gap is, in part, because the federal government differs in how it determines pay levels.

“The federal pay system is more transparent than other systems and includes more information in its job announcements like salary ranges,” she said. “It also has narrower, defined pay ranges for starting salaries.”

But the pay system may be a double-edged sword, Ron Sanders, former chairman of the Federal Salary Council from 2017 to 2020, told Federal News Network.

The rigidity of the General Schedule pay system causes persistent pay inequity in the federal workforce, said Sanders, who is currently staff director for the Florida Center for Cybersecurity at the University of South Florida. He said the principal driver for any gender-based salary gap in the federal government is tenure. The longer someone has been in the civil service, the higher their pay will be. Since on average more white men have held higher paying positions in the government for longer, they more often have higher pay.

“Because of the way the government personnel system is structured, [white men] progress further and have higher salaries as a consequence, not because they’re men, but because they have more years of service,” he said.

He added that OPM’s plan to release proposed regulations on the use of salary history will not be enough to close the pay gap.

“I think what OPM is asking agencies to do is largely symbolic,” he said.

To correct the problem, Sanders said he advocates for agencies to use more performance-based raises for federal employees.

“There are some provisions for accelerated movement through the range based on performance. That’s the theory, but those are rarely used,” he said. “If you want to eliminate the salary gap, you would have to eliminate tenure as the principal reason for progression through the salary range.”

The reasons behind federal pay inequity are hard to pinpoint. GAO attributed most of the gap to “unexplained” factors in a 2020 report — those include unmeasured factors like discrimination and personal career choices. Overall, though, the federal pay gap continues to trend downward.

There are still larger disparities when looking at the intersection of gender and race. African American and Hispanic women, for example, tend to have an even bigger pay gap.

“We can’t necessarily measure discrimination or other factors that may play into the gap,” Costa said. “If somebody is choosing a job with lower pay because it has more flexibility [and] they’re a primary caregiver, we can’t measure that, because that information isn’t captured.”

Differences in salary can have many long-term impacts, too. In particular, Costa said pay inequity affects retirement savings.

“[Pay inequity has] a much larger impact over time on a woman’s retirement, security and savings than it will have on a man,” Costa said. “For women who have been in the federal workforce for a longer period of time, they’re more likely to have experienced a larger gender pay gap, so the impact on their retirement savings would be more pronounced than just looking at what their current salary is, because it’s increased over time.” 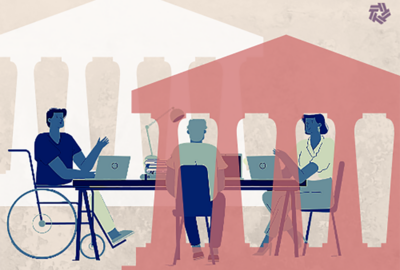 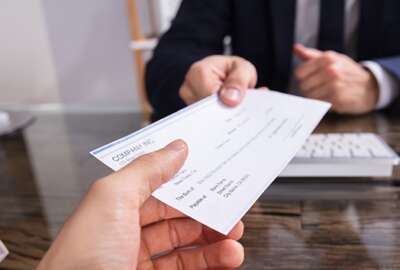