DHS’s Correa to retire after 40 years in government

Soraya Correa, the Department of Homeland Security’s chief procurement officer, is retiring after more than 40 years of federal service.

DHS confirmed that Correa’s last day is July 31. She told her staff last week that she had decided to retire.

“It has been an honor and a privilege to be a member of this amazing department and to have worked with all of you and your predecessors over the last 18 years,” Correa said in the June 29 email to staff obtained by Federal News Network. “When I started working for the federal government in October 1980 as a GS-4 clerk typist in construction contracts, I never imagined that I would spend the next 40+ years in federal service working at a variety of agencies, serving so many critical missions and working alongside such dedicated individuals. This is truly a bittersweet moment, but the time is right for me and for my family.”

Correa has been the DHS CPO since 2015 and worked for the department since 2003.

During her career, she also worked for several agencies, including the Naval Sea Systems Command, the General Services Administration, NASA and the pre-DHS Immigration and Naturalization Service.

During her tenure at DHS, Correa has been known as one of the most innovative and creative procurement leaders in government.

Correa started the Procurement Innovation Lab soon after coming to DHS headquarters to inject some of the Silicon Valley mentality of taking smart risks, and if you fail, failing fast, into federal procurement.

Over the last six years, the PIL has become a model for other agencies, with the Office of Federal Procurement Policy issuing a memo in 2016 calling on agencies to create similar offices.

The DHS PIL has been the most outward facing and active of any of the innovation offices across government.

“Her dynamic leadership and unrelenting focus upon procurement integrity and innovation has been her hallmark within the government acquisition community. In particular, her vision in standing up the landmark Procurement Innovation Lab has paid off handsomely by training hundreds of contracting professionals in emerging and innovative procurement strategies,” he said. “She has been instrumental in deploying cutting edge acquisition procedures and technologies to create and sustain a modern 21st century digital government. She will be sorely missed.”

Correa preached the importance of transparency and communication with industry and across DHS.

“Soraya was one of the leaders across federal procurement. Her relentless focus on people and giving them the tools and capabilities they needed, as well as fostering innovation and experimentation proved to create momentum across DHS. More importantly, it served as an example for other departments to push to them toward the edge,” Waldron said. “I’ve known her for 24 years and there isn’t a more dedicated public servant out there. I hold her in the highest regards for her dedication to federal procurement and to the taxpayer.”

Part of that common sense approach was Correa’s idea to hold reverse industry days where executives from contractors talked to DHS acquisition workers about what goes into bidding on a solicitation.

David Berteau, the president and CEO of the Professional Services Council, said one of Correa’s best attributes from industry’s perspective was how approachable she was.

“She was reachable and responsive no matter the issue. We didn’t always like the response we got, but we always got one no matter the issue,” Berteau said. “She also brought continuity and stability to DHS procurement that was very much appreciated by industry.”

The continuity and stability wasn’t just for DHS headquarters, but across the entire agency.

Collaboration to bring DHS together

Berteau said she pursued internal collaboration that brought the different components across DHS closer together.

“We all know that DHS is still evolving as an integrated institution so it was particularly important she took that approach,” he said. “You could bring issues to her and she wouldn’t say I’m not working on that part of DHS. It is always important to have someone at headquarters who understands the bigger picture.”

“DHS has been pretty smart about leveraging pre-existing contract vehicles like those from GSA, but also understanding when to do their own thing, and they have done a good job leveraging both capabilities,” Waldron said.

But the key to Correa’s success, according to these and other experts, was her ability to empower her people and provide top cover.

When the agile vehicle failed, Correa quickly took responsibility for the problems. At the same time, when DHS found success with the PIL boot camp, she was quick to credit the folks running the training session.

“Soraya always talked about people first,” Waldron said. “The key to be a successful executive is not to be afraid to fail and back up your people if they do fail. That’s the only way to get real progress. Soraya was not afraid to try new things.”

Jim Williams, a former federal executive with GSA, the IRS and the Department of Homeland Security, and now a principal with Williams Consulting LLC, said Correa has been a beacon of innovation in procurement.

“She has always been willing to try new ways of doing business with new technologies and new ways of engaging with the private sector. Her Procurement Innovation Lab (PIL) is a model for every government procurement organization to adopt,” he said. “Her retirement will create a huge void and the government needs someone to step up and continue her outstanding work. She has had an incredible and long career of outstanding service to our nation and deserves a wonderful retirement.” 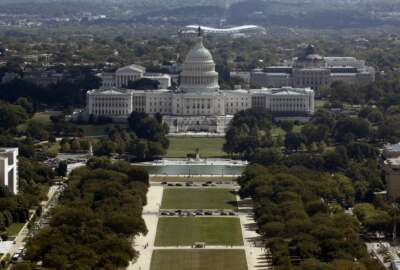 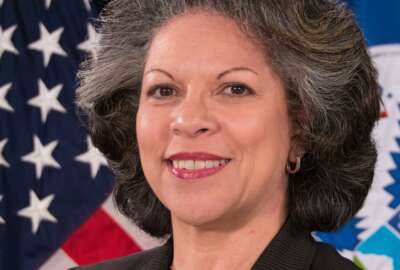