Additive manufacturing, or 3D printing, seems like the answer to a million problems. But if the resulting plastic parts are full of tiny cracks and flaws, well, would you want that as your knee replacement? A materials research engineer at the National Institute of Standards and Technology discovered ways to detect and fix flaws produced by additive manufacturing. She may have saved a manufacturing revolution. A finalist of this year’s Service to America Medals program, Callie Higgins, joined Federal Drive with Tom Temin to talk about her work.

Tom Temin: Miss Higgins, good to have you on.

Callie Higgins: Thank you so much for having me. What a kind introduction.

Tom Temin: I should call you Dr. Higgins to make sure people know that you are a Ph.D. in all of this. Well tell us what you’ve done here. Because we’ve all seen 3D printers. And I’ve seen various health agencies actually make…here’s an artificial knee or hip replacement or heart valves, you name it. What’s the problem here?

Callie Higgins: Yes, that’s a great question. So 3D printing, specifically in the kind of 3D printing that I do, which is using polymers, which are these chains of organic molecules, what ends up happening is you have this liquid vat of resin, so it’s like a liquid material, and then you shine light into it. And wherever you shine light, it solidifies the material. And you could do this in an iterative process where you can build up a three dimensional structure layer by layer. And it’s a really exciting kind of revolutionary technology, except for the fact that inherent to the printing process is this need to incorporate what’s called an absorber into this liquid resin material, which makes it so that the light can’t go too deeply into the material so that you can print like bridge structures or overhanging structures. And this builds in this inherent heterogeneity or gradient and mechanical properties in every single layer of the print. And so you can imagine that if you’re printing a structure and at every single layer there’s this gradient and mechanical properties, there could be a lot of flaws that are introduced or failure points that wouldn’t necessarily be predicted if you’re doing some other kind of mechanical testing.

Tom Temin: By the way, we’re talking not just about hard plastic parts, like a knee replacement, or a ball and joint socket type of thing, but also the 3D additive manufacturing of tissue replacement.

Callie Higgins: Exactly. And so what’s also important about understanding these mechanical and chemical properties in these printed structures, specifically for these bio applications or tissue like applications, is that cells respond to their local environment. And local environment meaning right next to them. So cells are on the order of 10 microns, which is roughly a tenth of the width of a human hair, you need to be able to engineer those mechanical and chemical signals that the cell is receiving. And if we don’t understand what we’re printing, then the cells aren’t receiving the correct signals and it won’t turn into the tissue that we’re hoping for down the line to be able to put maybe an artificial lung or an artificial cartilage replacement. And if we don’t engineer those environments then we won’t end up with a representative organ.

Tom Temin: So to summarize, then you can only partially engineer it, but you can’t engineer it deeply enough, until you came along, to be able to make sure that the fissures and tiny internal flaws are not there anymore.

Callie Higgins: Exactly. So essentially, what we’re trying to do is, first understand what’s happening in the printing process and what’s happening to that chemical change and mechanical property change during printing, and then also reverse engineer that. So, change the exposure conditions, or change the light conditions and change the resin properties, such that we get the exact representative structure surrounding every single cell. We’re not there yet, but the field is moving so quickly that it’s really exciting to have so many incredible collaborators to push the field forward.

Tom Temin: We’re speaking with Dr. Callie Higgins. She’s a materials research engineer at the National Institute of Standards and Technology, and a finalist in this year’s Service to America Medals program. So your contribution then is a way of being able to look deeply into the material and find the flaws and fix them, tell us what you were able to do.

Callie Higgins: So, what we’ve done is, and I have to definitely highlight my group, which is incredible. Obviously, none of this could be done in a vacuum. So my project leader Jason Kilgore has been pioneering, especially because a lot of the research that we developed is based off of his specific expertise, which is atomic force microscopy, which is a really cool tool that allows you to understand not only potentially topography at a very, very small scale, but also different mechanical properties and chemical properties. And so what we’ve done is build this instrument around an atomic force microscope, which is essentially a very, very small diving board that can come into contact or right next to a sample, and it can obtain mechanical and chemical properties of that structure just by coming into contact with it. And what we’ve done is build a 3D printer into that local environment so you can be sensing using this atomic force microscope while you’re printing. So you can understand how this print develops as a function of different exposure conditions. And then also, we’ve developed some other techniques that allow us to understand the print after it’s been printed. So say we print a representative, little, tiny me. And we want to understand what happened — the structure looks fine, but the properties inside of that “me” aren’t necessarily known. And so we can cut that very, very precisely using cryo-ultramicrotome, then we can go back in with an atomic force microscope and map the mechanical properties and really demonstrate that we either printed exactly what we thought we printed, or actually, no, we didn’t. And so how do we compensate for those flaws?

Tom Temin: Got it. So basically, this microscope is applied in a kind of feedback mechanism that corrects the manufacturing as it’s moving along. So that in theory, that part comes out right.

Callie Higgins: That’s the idea, long term. I think right now we’re more in the stages of understanding it, and then having to go out of the system and then come back and have a new method. So in the printing process, we’re not able to compensate during the printing. Not yet. But we’re we’re going in that direction, certainly.

Tom Temin: So we’re moving from the iron lung to the plastic tissue lung, and that’s quite a leap in technology over the decades. Well, let me ask you this about yourself, because your Sammie citation, I can say it because they did, that you’re 31 years old. In my day you didn’t say a woman’s age. But you’re young, and you are a highly accomplished STEM type of person. How did you get into this?

Callie Higgins: So I’ve always been fascinated by physics. And I’ve always loved the sciences. And I’m the youngest of four very powerful women. And so I’ve never, ever really seen a barrier, I never really felt like I had a barrier. And so I came into my undergraduate program at the University of San Diego and pursued physics. I was the only graduating physics major it had. The program had a tendency to weed out people, but I just loved it, and I never stopped loving it, and I knew that I wanted to either teach or pursue research. And so I continued on to go to graduate school at the University of Colorado Boulder and found an incredible professor who was applying physics from the perspective of optics, like different laser systems and combining it with matters, so manipulating matter using light. And so that’s kind of how all of these technologies got married together to then study this type of 3D printing, and then eventually tissue engineering. I feel very fortunate, because I’ve been able to pursue and fall in love with a science that is so relatable. I think there are very few people that are able to talk about what they do and have anybody understand and kind of relate to the impact of their work, potentially. Who wouldn’t want an artificial lung if say they were having lung issues? I think that it’s just exciting to see where the field can go and is going.

Tom Temin: And you’re getting interest from industry outside of the medical field in this process that you are working to perfect.

Callie Higgins: Yeah, so we’re fortunate in that, as part of your role in academia or in research, you go to lots of conferences to present your work so that you kind of get your name out there, in addition to writing publications, but one of the vice presidents of 3D Systems came up to me after I gave a presentation at one of these kinds of conferences, and he just was really enthralled by the work that we were doing and saw the value in it. And so we started those conversations about how can we really understand this printing process, and we’ve been collaborating with them ever since. They’ve come out to NIST. And their largest collaborator in this tissue engineering space is actually United Therapeutics, which is a revolutionary company trying to fabricate and replicate the lung tissue. So we’ve been very excited and thrilled to be a part of that collaboration.

Callie Higgins: No, so I’ve been in talks with with Ford Motor Company also kind of since the beginning. And they’ve started to kind of go a little bit more towards, obviously, the print-to-production, in terms of automobiles. And so we haven’t done extensive work with them, but we continuously keep tabs, and we’ve hosted them a number of times to kind of participate in these workshops that we’ve hosted to make sure that we touch base with industry touch base with academia, to ensure that all the work that everyone is doing is serving industry and pushing it forward. And so they’ve been very involved in those talks as well.

Tom Temin: All right, attention injection molding industries, the competition is on its way. Dr. Callie Higgins is a materials research engineer at the National Institute of Standards and Technology. She’s also a finalist in this year’s Service to America Medals program. Thanks so much for joining me.

Callie Higgins: Oh, absolutely. Thank you so much for having me. This is a joy. 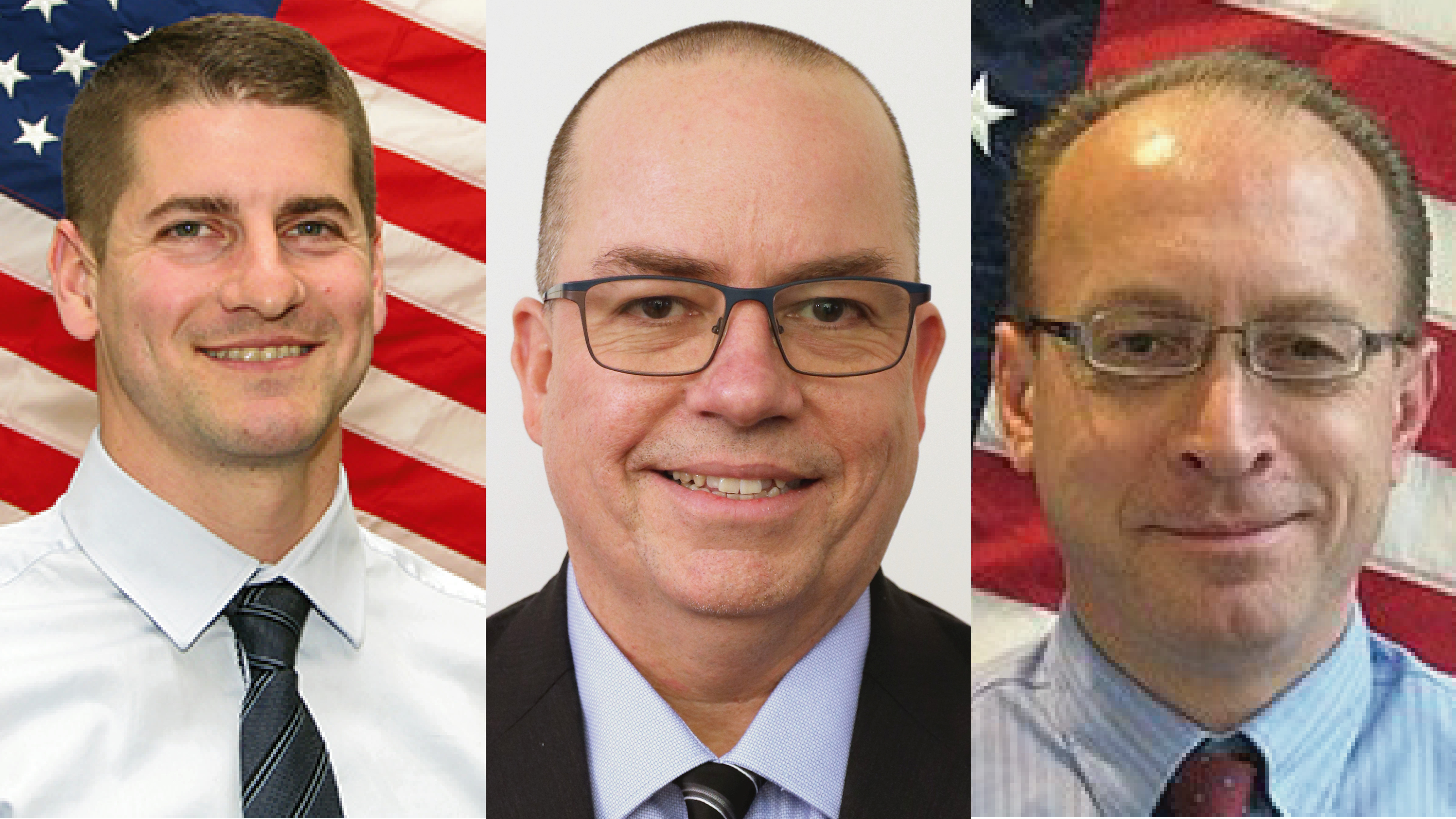 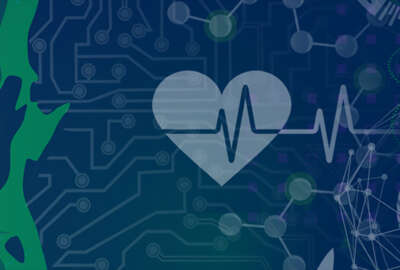 NIST seeks input on guidance to pin down trustworthy AI