Federal employees, no less than people in other occupations, sometimes have to deal with pain resulting from injuries. In recent years, many of them have become addicted to opioids. Thanks to the work of Antonio Rios, over the past five years, the number of federal employees using opioids has dropped by 58%. For his work, he’s a...

Federal employees, no less than people in other occupations, sometimes have to deal with pain resulting from injuries. In recent years, many of them have become addicted to opioids. Thanks to the work of Antonio Rios, over the past five years, the number of federal employees using opioids has dropped by 58%. For his work, he’s a finalist in this year’s Service to America Medals program. Antonio Rios is the division director of Federal Employees’, and Longshore and Harbor Workers Compensation at the Department of Labor and he joined The Federal Drive with Tom Temin.

Tom Temin  And let’s just briefly so we can set the scene here, the Division of Federal Employees Longshore and Harbor Workers Compensation. That seems like a funny combination.

Antonio Rios  Yes. So the division administers three federal workers compensation statutes. And as a division director, I’m the administrator of those three laws. It used to be two different programs, but they combined it in 2020 into one division. So it is funny because they’re two separate statutes. There’s three in total and the division, but I oversee all three.

Tom Temin  But basically, it’s workers comp for these particular types of individuals.

Tom Temin  Alright, so we understand the combination of longshoreman and federal employees. But let’s get into the real issue here and that is that you decided to take on the opioid use issue. How did this all work? Tell us what you did here?

Antonio Rios  Well Tom, it’s an incredibly complex issue that involves a lot of different players, from the prescribers to the pharmacies and ultimately to the patients who are taking the opioids. It’s not an epidemic that was created overnight and understanding the multiple facets around it was critically important in order to come up with the solution. So when I first came into the program, new opioid prescriptions were given to injured workers way too often, and they lasted too long. And that led to many of them taking opioids long term and at really high doses. So in 2017, for example, we had roughly 28,000 injured federal employees actively taking opioids. So because the problem took a long time to create, the solution had to be multifaceted. The first thing that I felt was a priority was that we needed to stop the bleeding, meaning stop the new folks from becoming dependent on these drugs. So in collaboration with some of the best experts in opioid overuse, with our team of physicians and pharmacists, we instituted pharmacy controls. So for initial recipients of opioid prescriptions, we began requiring prior authorization and in letter of medical necessity for all new prescriptions that exceeded a certain timeframe. Now, the timeframe changed over the course of a period of four years. But now we auto-approve your initial opioid prescription, but it can’t be for more than seven days. You can continue to get additional seven day prescriptions, but only until you reach day 28. At that point, your doctor is required to explain why extended use of opioids is necessary.

Tom Temin  Sure. I guess in many cases, the practice has been to simply throw a bottle of a couple of 100 of them at a patient and say, “Here you go.” And it was kind of sloppy in the way these types of drugs were prescribed.

Antonio Rios  That’s exactly what we found. And we knew that the first issue that we needed to address was to stem the population from growing. But once we turned our attention to the folks that had been taking opioids for several years, we realized that it was a tough issue to address. So we first started breaking the group of 28,000 into different categories. We developed a morphine calculator to assess the dosages of opioids that each person was taking on a daily basis. And based on that we’ve grouped them into different risk categories. Obviously, the ones taking higher dosages were at highest risk. We then began communicating with the patients themselves, and also with their prescribers, because in some instances, folks were getting prescriptions from multiple prescribers. So what we would do is we would write to the prescribers, especially if there were multiple ones and everybody was copied on the letter, and we would let them know, did you know that patient X is receiving a prescription from you and also from a different prescriber? Now, those are the outlier cases but what we’re trying to do is we’re trying to be as transparent as possible, and just letting them know that there were exceeding the CDC guidelines for dosages, and that the prescription timeframes were extended. So what we did is we asked most physicians, if there was any indication for a treatment plan that would be reducing the high dosage of opioids that they were prescribing. We also afforded alternative therapies to pain management, and when someone was prescribed higher doses than what they were already taken, we would ask the pharmacy to contact our pharmacist. And then at that point, we had pharmacists at the ready, who would personally evaluate that person’s case, look at their medical records in real time and if necessary, they would contact the physician and engage them in that dialogue to see if the increasing opioids was absolutely indicated based on the examination.

Tom Temin  We’re speaking with Tony Rios. He’s the division director of Federal Employees, Longshore and Harbor Workers Compensation at the Department of Labor, and a finalist in this year’s Service to America Medals program. Were other agencies dealing with this, and I’m thinking specifically of Veterans Affairs (VA), which has also an organized program to try to reduce opioid use and addiction? Was their practice something that you looked at or discussed with them?

Antonio Rios  What we did is we commissioned a study to look at the different controls that different states and different federal organizations had instituted, and to see which worked and which didn’t. In addition to that, we worked with the Department of Health and Human Services (HHS), also the Centers for Disease Control (CDC) to make sure that we were utilizing the latest techniques and addressing the pandemic. So yes, we looked at basically anybody who had instituted any controls, we had analyzed whether those controls worked or not.

Tom Temin  And I guess one of the theories behind this methodology that you’ve described, which is similar to what I think VA has done, and that is that the opioids in general and for most people are only indicated very early after an injury or after some type of surgery. Then you can reduce it and go to alternative methods as soon as possible. You can still mitigate the pain but also avoid the danger of opioid addiction.

Antonio Rios  Correct. And we are not in the business of telling physicians how to treat their patients or what to prescribe them. We simply gently reminded them about what the CDC’s recommendations were, and also required them to provide a medical rationale whenever they extended the duration of the opioids.

Tom Temin  Alright, so that was in 2017. This got underway. What have the results been so far?

Tom Temin  And of the active users, is it possible to discern what percentage is actually addicted, versus those just using it properly and can quit when the time comes?

Antonio Rios  Well, I don’t like to use the word addicted, there’s opioid overuse. And we’ve segmented them into those that have been taking them for 60 days, for 90 days, a year and two years and more. And what we’re doing is, because we still have a population of 12,000, we’re working actively with their physicians to try to develop a treatment plan that will wean them off. But for some of these folks, they’ve been taking these drugs for years. And based on the dosages, they have already developed the dependency on it and if there is not an obvious increase for an overdose, we’re not going to push the physicians to take more of an aggressive treatment plan.

Tom Temin  And let’s talk about you for a minute because this is not something that is the director of a program for workers comp, it’s just one element. How did you come into this work? Tell us a little bit about your federal history and how this came to be something that was important to you.

Antonio Rios  While nobody grows up thinking that they want to run a worker’s comp program for the federal government. And, frankly, as a migrant farm worker who worked in the fields until the summer that I went to Marine Corps boot camp in San Diego, I would never have thought of having a position with this much responsibility. My ambitions to become a career marine ended when I was discharged from the military for being gay. And while it was traumatic and sad, and embarrassing at that time, it was the best thing that ever happened to me, both personally and professionally. With nothing but a high school degree and my military occupational skills, I refused to go back to Texas and scoured the wanted as until I found the perfect job posting. I put on my prom jacket and I went on this interview and I landed a job at a law firm that specialized in representing injured workers. Before you know it, I was negotiating settlements with insurance companies. And then I started working for insurance company. And this is all in the beautiful state of Hawaii. I eventually moved to D.C. and everybody who is in D.C., or at least a large portion of the population here works in the federal government. So I applied for a federal job. And I started with the Department of Labor about 29 years ago.

Tom Temin  Wow, that is quite a story. Well, we’re glad you are where you are now. And I guess one door closes and others open. Tony Rios is the division director of Federal Employees Longshore and Harbor Workers Compensation at the Labor Department. Thanks so much for joining us.

Antonio Rios  Thanks for having me, Tom.

Tom Temin  And he’s also a finalist in this year’s service to America Medals program. 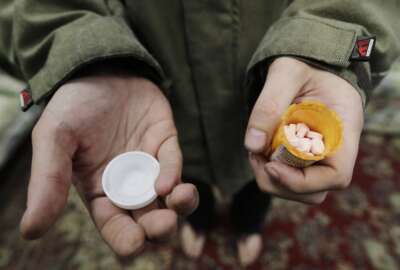 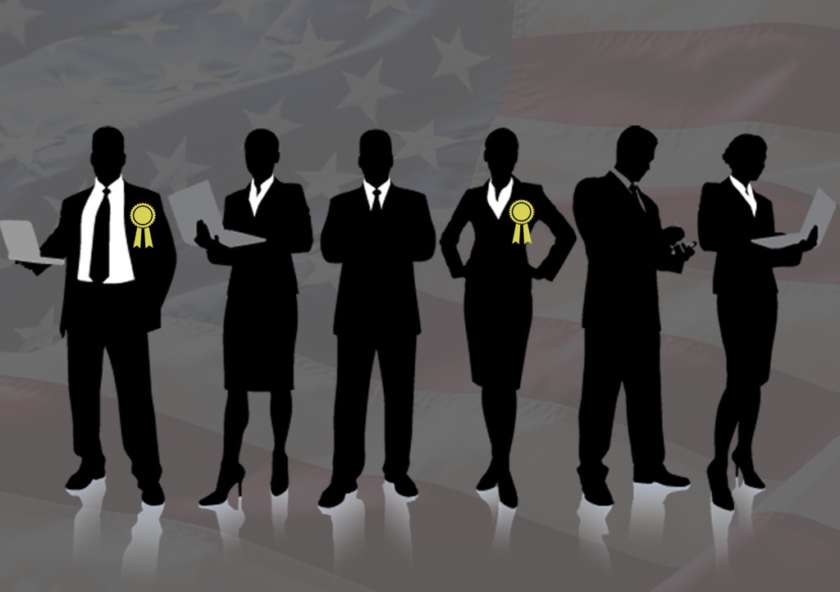