The new year always seems to bring a migration of federal employees. January is commonly held as a good time to retire. There are quite a few people on the move to start 2017, so here are some of those retirements and changes in the federal IT and acquisition communities.

Haith has served in her role since...

The new year always seems to bring a migration of federal employees. January is commonly held as a good time to retire. There are quite a few people on the move to start 2017, so here are some of those retirements and changes in the federal IT and acquisition communities.

Haith has served in her role since 2010 and has worked for the government for 33 years.

There is no word on who will replace Haith, even on an interim basis.

In addition to being the Navy Department’s deputy CIO, Haith served as the principal deputy/CIO for the Defense Security Service as the director for Intelligence Access for Warfighter Support (Under Secretary of Defense (Intelligence) to oversee development of Defense Intelligence policy for information sharing, foreign disclosure and management of the IT portfolio.

During her time with the Navy’s CIO office, she worked on a variety of programs, including IT modernization and the move to Windows 10, as well as cybersecurity, especially aboard ships.

She also helped lead the effort to consolidate and get rid of duplicative or unnecessary software.

Diaz joined the consulting firm Deep Water Point as a principal, where she will be working on strategy development, implementation planning, IT investment planning and innovative technologies projects, the company announced in a press release.

Before coming to NASA in 2009, Diaz also worked at the U.S. Patent and Trademark Office, the Homeland Security Department, the General Services Administration and the U.S. Agency for International Development.

Diaz was known for leading several notable programs during her career, including creating many of the first e-Government initiatives such as USA.gov (FirstGov) and USA Services.

During her time at NASA, Diaz worked on a host of programs, including the I3P contracts, collaboration and more recently, technology infusion pilots around new technology investments, applications and innovations such as 3D printing in space, artificial intelligence development and visual analytics.

Another significant retirement in the federal IT community — Curtis Dukes, the former director of information assurance at the National Security Agency, retired after more than 30 years at the agency.

Dukes moved to the nonprofit Center for Internet Security (CIS), where he will serve as its executive vice president responsible for managing the Security Best Practices Automation Group, which includes the CIS Security Benchmarks, the CIS Controls and the tools to automate the evaluation of these standards.

During his career at NSA, Dukes oversaw the security of National Security Systems, served as director of the NSA/Central Security Service (CSS) Commercial Solutions Center, where he was responsible for leading the agency’s portal to the commercial world and was NSA’s chief of the Systems and Networks Analysis Center, where he led a technical workforce in providing risk assessments, cyber defense operations and advanced vulnerability research.

NSA recently reorganized with Dukes getting a title change to director to deputy national manager of national security systems, and new responsibilities to oversee the IA portfolio and how it applies to the six new directorates under NSA21.

Douglas Bailey, who was the CIO and deputy administrator for the Agricultural Marketing Service (AMS) within the Agriculture Department, also retired on Jan. 2.

Bailey spent 35 years in government, including the last 16 as the AMS CIO and deputy administrator.

Along with these retirements, a handful of federal employees found new jobs.

Brig. Gen. Kevin Kennedy is moving from the Air Force to the Office of the Secretary of Defense to be one of its deputy CIOs. Kennedy will be the deputy CIO for Command, Communications and Computers (C4) and Information Infrastructure Capabilities.

In his new role, Kennedy will provide policy, programmatic and technical guidance for C4&IIC capabilities, as well as help define DoD policies and strategies for design, architecture, interoperability standards, capability development, and sustainment of critical C2 and communications for nuclear and non-nuclear strategic strike, and Defense and National Leadership Command Capabilities.

Kennedy replaces Maj. Gen. Sandra Finan, who has been in the role since October 2015.

Jim Tunnessen, the chief technology officer of the Food Safety and Inspection Service in the Department of Agriculture, also took a new job.

In an email obtained by Federal News Radio, Tunnessen said he is joining Voice of America as its chief digital officer on Jan. 9. In that role, Tunnessen will oversee all IT and the digitization of the organization.

Jerry Horton is heading back into a CIO role. The former CIO of the U.S. Agency for International Development is heading to lead the Consumer Financial Protection Bureau’s IT office.

Horton comes to CFPB after spending the last two-plus years as part of the Department of State’s Office of the Chief Architect for State’s global information presence. He worked at USAID’s CIO from 2009 to 2014.

As the bureau’s CIO, Horton will oversee eight functions ranging from product design and development to security, privacy and end-user support.

“From the bureau’s founding in the wake of the 2008 financial crisis, it has always been clear that we need to leverage modern technology and take a data-driven approach to achieve these goals,” wrote CFPB executives Adam Scott and Ashwin Vasan in an October blog post kicking off the search for a new CIO. “The CFPB technology team uses and produces open source code, has embraced systems in the public cloud, and follows an Agile software development model. Our team is made up of talented individuals from both the public and private sectors, and through CFPB’s Technology and Innovation Fellows program, we bring together designers, developers, data scientists, and security professionals to collaborate and solve business problems using technology.”

Vasan was CFPB’s CIO for almost three years until August 2016.

One other CIO note that you may have missed, Sean Torpey became the Federal Aviation Administration’s acting CIO in December. He was the acting deputy CIO since July.

“Sean brings with him decades of executive and senior leadership experience. Most recently, he served as [the FAA’s Office of Information and Technology’s] director of infrastructure and operations, a position he has held since 2013,” wrote Tina Amereihn, FAA’s former CIO and currently the acting assistant administrator for Finance and Management, in an email obtained by Federal News Radio. “In this role, Sean was responsible for delivering enterprisewide IT services and optimizing the infrastructure that supports our networks and technical capabilities. Sean also spearheaded the FAA Cloud Services program. Prior to the formation of AIT, Sean spent eight years in the FAA’s Aviation Safety organization and prior to his Federal service, Sean spent more than 10 years in several executive leadership positions in private industry.”

Amereihn said Manikoth will strategically manage information assets of the agency, creating value by unlocking and sharing data and information in ways that will spur innovation inside and outside the agency, and managing the risk inherent in massive and fast-changing data resources.

Manikoth served previously as the chief scientific and technical adviser for the National Airspace Systems software division. In this role, he provided technical guidance, advice and leadership in software-related areas of FAA system acquisition and development activities. Previously, he was the CTO for the transportation and central government sector of Xerox.

If you know of others how have retired or left government service, email me at jmiller@federalnewsradio.com. 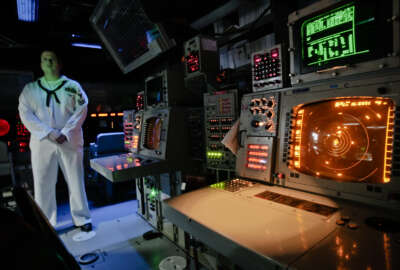 Navy finds billions of dollars in under-the-radar IT expenses 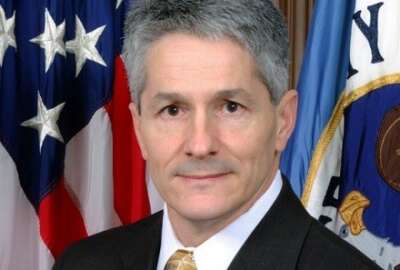