No longer a dirty word for cloud, ‘lift-and-shift’ can work for some agencies

It’s always entertaining to follow the path of any new technology initiative through government and industry. When the Office of Management and Budget first kicked off the cloud-first initiative, some of the thinking was clear, picking up and moving existing technology to the cloud was a decent stop on the path toward modernization.

Then over the last few years, what became known as “lift-and-shift” became a dirty word. Vendors and federal chief information officers alike...

It’s always entertaining to follow the path of any new technology initiative through government and industry. When the Office of Management and Budget first kicked off the cloud-first initiative, some of the thinking was clear, picking up and moving existing technology to the cloud was a decent stop on the path toward modernization.

Then over the last few years, what became known as “lift-and-shift” became a dirty word. Vendors and federal chief information officers alike repeatedly said picking up existing infrastructure and putting in a commercial or private cloud wasn’t worthwhile.

Several agency technology executives at different cloud events recently said the concept of “lift-and-shift,” if done within a long-term strategy, can lead to cost savings and better capabilities more quickly.

Joe Paiva, the CIO of the Commerce Department’s International Trade Administration (ITA), said he used the “lift-and-shift” approach instead of signing a new memorandum of understanding (MOU) for its government-only data center.

“Sometimes it makes sense because it gets you there,” Paiva said at the Advanced Technology Academic Research Committee (ATARC) cloud summit in August. “That was the key. We had to get there because we would be no worse off or no better off, and we were still spending a lot of money, but it got us to the cloud. Then we started doing rationalization of hardware and applications, and dropped our bill to Amazon by 40 percent compared to what we were spending in our government data center. We were able to rationalize the way we use the service.”

Paiva said agencies could save 5-to-15 percent just by picking up their current technology and moving it to the cloud.

“We are paying about $15,000 per user per year for technology, while the rest of Commerce is paying around $38,000 per user per year and the government average is closer to $39,000,” he said. “Those are crazy high numbers, so at end of the day, that is why I believe we have to go to the cloud.”

Now before you say ITA is a small agency, and what’s good for a small agency rarely works for a larger organization, take the Department of the Navy’s perspective.

Dan DelGrosso, the technical director of the Navy’s Program Executive Office for Enterprise Information Systems (PEO-EIS), said while he’s not a fan of “lift-and-shift,” the counter argument holds a lot of water.

“By putting your hardware or software in the hands of a commercial cloud provider and then they will help you modernize it is not a bad thing,” said DelGrosso at the Cloud Summit sponsored by FCW in Washington on Aug. 23. “We are looking at it and have not written off ‘lift-and-shift.’”

DelGrosso said the Navy is moving toward a fee-for-service model for cloud where commands and bases would buy these services based on a set of standards developed by PEO-EIS and the CIO’s office. He said by 2019, the Navy will have cloud brokers who will help bases and commands buy cloud services.

Doug Bourgeois, the managing director in the federal technology strategy and architecture practice for Deloitte, said he’s seen a shift in the federal market over the last year or so where agencies are understanding when “lift-and-shift” has value and when it doesn’t.

“For many agencies, lift-and-shift is phase one and then you figure out which apps could be moved to the cloud,” he said. “Maybe the fog has been lifted around lift-and-shift and agencies can understand how it can be valuable and why they may want to take that approach.”

Bourgeois said Deloitte has a large Homeland Security Department customer that is shutting down its data center on a tight timeline, so doing a “lift-and-shift” may make sense.

“The big lesson we’ve learned over the last five years is not to stop there,” Bourgeois said. “There are some unintended consequences with lift-and-shift, mostly around cost, because you are still paying for all the hardware and software you had in your data center.”

Others still aren’t convinced that anything good comes from “lift-and-shift.”

Tony Cossa, acting chief technology officer at the Agriculture Department, said nothing good ever comes from just picking up your current technology and putting it in the cloud.

“You will not get value. If you need to do ‘lift-and-shift’ to save costs in your data center, fine, but don’t stop there,” he said. “You have to put forth an application rationalization effort as the trigger to focus attention and direction. You have to know what business systems can move to the cloud rapidly, and which ones are duplicative.”

Cossa said if an agency has a strong hardware and software inventory and can define its business functionality, that is the first step to moving technology to the cloud and rationalizing applications.

Bourgeois said since the 2011 cloud-first strategy, agencies are more enlightened about what it means and what makes sense for their agencies. The almost six years of starts and stops and the obstacles that they have overcome along the way are making for better decisions today.

Commerce’s ITA getting out of IT business 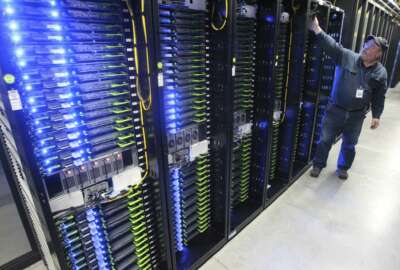 How one small agency is cutting its IT spending 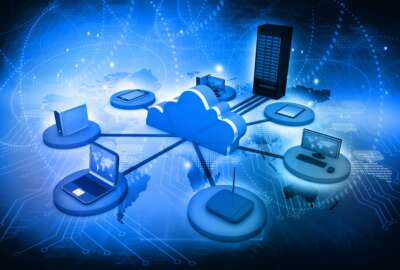 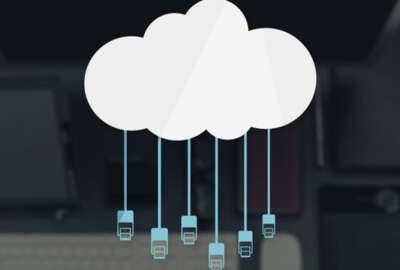 Before moving to the cloud, optimize your network