Trump to nominate retired Marine to be VA’s new CIO

It’s been 18 months since the Veterans Affairs Department had a permanent chief information officer and has had only two permanent technology executives since 2009, both of whom lasted on average of three years.

In the meantime, VA has faced a host of challenges ranging from continued cybersecurity shortfalls to delays and problems in developing an electronic health record that is interoperable with the Defense Department to programs and projects falling behind or not meeting...

It’s been 18 months since the Veterans Affairs Department had a permanent chief information officer and has had only two permanent technology executives since 2009, both of whom lasted on average of three years.

In the meantime, VA has faced a host of challenges ranging from continued cybersecurity shortfalls to delays and problems in developing an electronic health record that is interoperable with the Defense Department to programs and projects falling behind or not meeting expectations.

This is why President Donald Trump’s decision to nominate James Gfrerer to be the next assistant secretary for information and technology and CIO at VA is significant.

If confirmed by the Senate, Gfrerer would join VA from his current position as an executive director with Ernst & Young, where he worked in the firm’s cybersecurity practice. He also joins a long list of VA CIOs — both permanent and interim — who are veterans. Gferer served in the Marine Corps for more than 20 years, and was a Defense Department detailee to the Department of State, where he led interagency portfolios in counterterrorism and cybersecurity.

“Having permanent leadership in place to oversee these projects and the VA’s various information and technology systems will be critical as Congress works with the VA to address concerns and make improvements to bring VA into the 21st century,” said Sen. Johnny Isakson (R-Ga), chairman of the Veterans Affairs Committee, in a statement.

Gfrerer seems to be another in a long line of qualified CIOs for VA having earned a bachelor’s degree in computer science from the U.S. Naval Academy and Masters of Science in national resource strategy from the National Defense University.

He would replace Laverne Council, who left in January 2017, as the last permanent VA CIO. Over the last 18 months, Scott Blackburn and Camilo Sandoval have been acting CIOs or executives performing the duties of the CIO. Blackburn left VA in April and Sandoval has been acting since then.

The big question is whether his experience at E&Y will translate in being able to manage a $4.4 billion IT budget that may go up to $5.5 billion in fiscal 2019 if Congress approves the White House’s request, and a workforce of more than 377,000 spread across the country serving more than 20 million veterans.

The budget increase would include “$381 million for development projects such as modernization of legacy systems; development of a Digital Health Platform, and a new financial management system,” states VA’s budget request to Congress.

More good news for Gfrerer is how much the agency is spending on legacy systems. The VA CIO’s office reported in January that about 60 percent it’s budget on operations and maintenance. The governmentwide average is closer to 80 percent.

“VA now plans to move critical functions from outdated and unsustainable platforms to more modern systems that operate at lower maintenance costs. We expect this change to save millions of dollars that can be reinvested in projects that directly enhance services for all veterans,” the report states. “A significant part of this reinvestment focuses on cloud and IT infrastructure improvements. Moving these functions to new platforms requires careful, thoughtful planning, and we accomplished much of that necessary planning in 2017.”

Among Gfrerer ‘s biggest challenges is moving from strategy to implementation for the electronic health record. In May, VA awarded Cerner Corp. a 10-year, $10 billion contract to implement the same EHR system that the Defense Department is deploying and abandon its own, existing Veterans Information Systems and Technology Architecture (VistA).

In June, VA executives told the House Veterans Affairs Committee that Cerner will build and provide project management, planning and pre-initial operating capabilities under the first task order. It will conduct facility assessments at three sites in the Pacific Northwest under the second task order and provide an EHR hosting solution under the third, acting VA Secretary Peter O’Rourke said in his written testimony.

VA will begin deployment at those three sites in October, with the goal of fully implementing the system by March 2020.

Gfrerer will have to make quick work of the learning curve and begin managing VA’s technology transformation across several fronts. 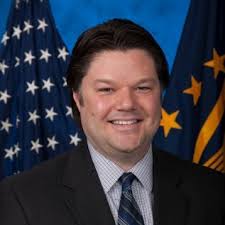