Few were surprised by the General Services Administration’s decision on Dec. 6 to extend the time for agencies to transition to the new Enterprise Infrastructure Solutions (EIS) telecommunications and network contract.

GSA announced agencies would have up to three more years to move to EIS from the Networx telecommunications contract. Originally, GSA set a deadline of May 2020 for agencies to finish the transition. After remaining firm on the timeline since it awarded EIS in...

Few were surprised by the General Services Administration’s decision on Dec. 6 to extend the time for agencies to transition to the new Enterprise Infrastructure Solutions (EIS) telecommunications and network contract.

GSA announced agencies would have up to three more years to move to EIS from the Networx telecommunications contract. Originally, GSA set a deadline of May 2020 for agencies to finish the transition. After remaining firm on the timeline since it awarded EIS in August 2017, agency officials over the last year — as the likelihood of meeting that deadline waned — started to offer some daylight around a possible extension.

Now agencies have two new deadlines to focus on. By March 31, departments must release their EIS solicitations, and by Sept. 30, they must award their EIS task orders.

Alan Thomas, the commissioner of GSA’s Federal Acquisition Service, wrote in a blog last week that the decision to extend the transition timeline came from their “continuous engagement and dialogue” with agency customers and contractors.

An interagency group made up of the 20 largest agencies under the Networx contracts and led by senior executives from the Justice and Defense departments sent GSA a letter in the last month expressing concerns about the transition timeline. Multiple industry sources confirm the letter played a significant role in getting GSA to extend the transition timeline.

“Over the last several months, GSA has learned of challenges our customer agencies have encountered when transitioning to EIS,” said a GSA spokeswoman in a statement. “It is imperative agencies maintain their current EIS fair opportunity solicitation and award schedules, and continue to timely award their EIS contracts, so their new contract is in place with enough time to effectively transition to the new services.”

No choice but to extend the deadline

Diana Gowen, the senior vice president and general manager at MetTel Federal, one of the nine vendors on the EIS contract, said she wasn’t surprised by GSA’s decision given the current state of the contract.

“We are a year plus into the contract, a year and a quarter from March 2020, [and] no awardee has an authority to operate (ATO), no awards have been made on EIS,” she said. “How could any agency transition from Networx to EIS in the remaining time, with no awards and no ATOs? [GSA had] no choice. Additionally, I believe that GSA was reluctant to take their foot off of the gas pedal for fear that the agencies would breathe a sigh of relief and relax again.”

Rep. Gerry Connolly (D-Va.), the incoming chairman of the Oversight and Government Reform Subcommittee on Government Operations, said the transition to EIS is his agenda for 2019.

“Enterprise Infrastructure Solutions is an opportunity for federal agencies to modernize their telecommunications and network infrastructure. It is disappointing that a lack of planning by both GSA and agencies will result in an extension of old contracts, which could potentially cost taxpayers hundreds of millions of dollars,” Connolly said in a statement to Federal News Network. “I plan on conducting close oversight of this transition to EIS so that agencies will complete their transitions sooner rather than later, use EIS to truly modernize their telecommunications and networks, and avoid another prolonged and costly transition like we experienced with Networx 10 years ago.”

Connolly and GSA are trying to avoid a repeat of the problems with the transition to Networx starting in 2007 and lasting until 2013. The Government Accountability Office estimated agencies spent $395 million more and took 33 months longer than expected for agencies to transition to Networx from FTS-2001, which was arduous and costly.

Bob Woods, a retired federal executive who managed telecommunications transitions and now the founder and president of Topside Consulting Group LLC, which works with the industry, said interest from Capitol Hill will give this effort some much needed momentum.

“Vendors haven’t been as aggressive as I would have thought they’d be with the Hill,” he said. “I think there’s no reason for the transition to EIS to go this slowly, and there is no reason why the Oversight Committee wouldn’t have more interest. I hope it doesn’t have to reach a state of almost failure for Congress to get involved.”

Falling away from the IT modernization goal?

The Office of Management and Budget and Congress didn’t get involved in Networx until that transition was on shaky ground.

In 2008, OMB issued a memo at the start of the Networx transition detailing its expectations and the requirement to use the contract, but it never issued another policy during the transition. House oversight committee lawmakers held a hearing in 2010 asking why the move to Networx was behind schedule, but there was little oversight beyond that one hearing.

Connolly, and hopefully others in Capitol Hill, will take the same approach as they are taking with the Federal IT Acquisition Reform Act (FITARA) where there are constant oversight hearings reviewing the law’s implementation. In fact, the committee will issue version seven of the FITARA scorecard on Dec. 12.

While OMB hasn’t issued any recent memos on EIS, the administration did focus heavily on it in its IT Modernization report. In the report to President Donald Trump, OMB said EIS is the vehicle to achieve the goals of consolidating and standardizing “network and security service acquisitions to take full advantage of economies of scale, reduce burden, and dramatically improve technical development and operations.”

But so far the focus on IT modernization has fallen short, and now with GSA’s new deadlines, some are concerned that agencies may stray farther from the goal.

Gowen said the “artificial” deadline GSA created is concerning for her company and other new entrants into the market.

“Responding to a ‘tsunami’ of task orders in less than nine months will be difficult for all awardees, but this ‘tsunami’ puts significant pressure on three of the new awardees, who are small businesses,” she said. “Few awardees will be able to respond to all task orders, even if they are in our sweet spot, in such a short period of time—it will be quite expensive, and in some cases impossible, so agencies may miss out on the benefits some awardees could offer them. I fear that this ‘forced’ tsunami will also push agencies toward a winner-take-all award mentality and/or a like-for-like task order, which also advantages the incumbents.”

The lack of progress is frustrating for agencies and vendors alike. ACT-IAC’s Network and Telecommunications Community of Interest estimated in an April report that on average the cost for services under EIS are 21 percent cheaper than under Networx.

“It’s pretty safe to say that nearly every product and service on Networx that are now on EIS have cost savings. While they all vary by carriers, there are double digit cost savings to be had especially if you transform,” said David Young, senior vice president of CenturyLink’s strategic government group in an interview with Federal News Network. “There are technologies that industry is moving away from and as fewer and fewer buy those things from carriers, there are fewer people to support them and the cost structure will go up. So that’s why it’s important for agencies to just not move like-for-like, but to transform.”

Young said a perfect example of this is agencies need to move away from time-division multiplexing (TDM), which is a method of transmitting and receiving independent signals over a common signal path. He said if agencies continue to use TDM, they will pay a lot more than if they move to Ethernet.

“We are hearing different things from different agencies. Some of them have their fair opportunity solicitation ready to go, while others are still trying to decide their technical direction or are putting their entire inventory together. I think agencies are motivated to move to newer technology. I hope agencies move forward quickly because the outdated technology isn’t getting any newer or easier to keep running.”

CenturyLink’s Young added the extension is critical to give agencies and carriers much more latitude in how the transition from one contractor to another will be successful. He said more time makes the effort “more feasible and not rushed because when things are rushed, they can cause some problems.” 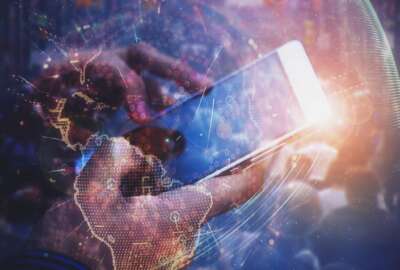 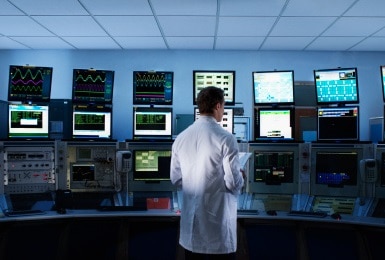