The crown jewel of the Modernizing Government Technology Act isn’t the Technology Modernization Fund. If you’ve paid attention to federal technology over the last 20 years, Congress rarely throws much support behind what appropriators like to call “slush” funds.

Instead, as Rep. Will Hurd (R-Texas) will tell you, the best thing about the MGT Act is the ability of agencies to retain or save money and apply it to IT modernization programs through working capital...

The crown jewel of the Modernizing Government Technology Act isn’t the Technology Modernization Fund. If you’ve paid attention to federal technology over the last 20 years, Congress rarely throws much support behind what appropriators like to call “slush” funds.

Instead, as Rep. Will Hurd (R-Texas) will tell you, the best thing about the MGT Act is the ability of agencies to retain or save money and apply it to IT modernization programs through working capital funds.

But what Hurd and Rep. Gerry Connolly (D-Va.), the two main authors of the bill, either over looked or didn’t quite grasp is how difficult it would be for agencies to establish these working capital funds.

Since President Donald Trump signed the MGT Act into law in December 2017, only the Small Business Administration persuaded lawmakers to give them the authority to set up a working capital fund and transfer unexpired funds into it. SBA says in its fiscal 2021 budget request it expects to have $4 million in 2020 and another $2 million in 2021 in the fund.

Besides the SBA, no other agency got through the appropriators’ gauntlet. Three agencies, the departments of Education and Commerce and the U.S. Agency for International Development, asked for working capital funds in their 2020 requests.

Two others, the Labor Department and the General Services Administration, satisfied the spirit of the MGT Act using existing working capital funds, which led them to earning “As” on the most recent Federal IT Acquisition Reform Act scorecard.

But for the most part, Congress has applied only lip service to its support of the MGT Act.

Despite this limited success, the Office of Management and Budget and six agencies are making their cases again as part of the 2021 request. The departments of Education, Labor, Agriculture, Treasury and Commerce, and USAID are asking for the authority to either expand existing working capital funds or create new ones.

“Importantly, the budget is signaling two very important points — (1) that IT modernization can often take time and that the limitation of one-year appropriated funds can prohibit the ability of agencies to thoughtfully plan for and execute modernization projects and (2) that OMB is willing to work on a subcommittee by subcommittee basis to help achieve agreement on both the critical need for these transfer authorities and the level of oversight necessary to ensure Congress is comfortable in enacting such necessary legislative language,” said Matt Cornelius, the executive director of the Alliance for Digital Innovation and a former OMB cybersecurity and senior technology adviser.

Part of the challenge for agencies when it comes to working capital funds is many already have one. When Congress passed MGT Act, 17 agencies already had this authority in one way or another, so why should lawmakers give them one more of these “slush” funds?

For instance, the Commerce Department has working capital funds at the headquarters level, the Census Bureau and the National Institute of Standards and Technology. Additionally, the Environmental Protection Agency, GSA and the departments of Justice, Treasury, State, Labor, Transportation and Interior are among the agencies with working capital funds.

This is why after two budget cycles and little support from Congress, some agencies are taking a new approach to obtaining the authority to save money and apply it to IT modernization programs.

For instance, Treasury proposes to “change the name of this account to Treasury Capital Investments and Modernization Fund (TCIMF) from Departmentwide Systems and Capital Investments Program (DSCIP). This proposed name change reflects the evolving vision for the account to focus on modernization of Information Technology (IT) and increased cybersecurity along with the existing authorities supporting repairs and renovations to Treasury’s White House complex buildings and facilities.”

Treasury would like to put $7 million in the fund in 2020 and $10 million in 2021 to “provide greater flexibility for Treasury bureaus to invest in IT projects that advance their mission and align to departmental chief information officer priorities. Funds transferred into the account from bureaus are intended to be used for IT modernization efforts to address Treasury’s technology needs and modernize business processes.”

USDA is asking Congress for permission to transfer $3 million into its existing working capital fund for IT modernization.

In Labor’s request, it would “establish an Information Technology Working Capital Fund (IT WCF). This IT WCF would include all activities currently financed through the WCF, as well as the development and operational costs for agency-specific applications currently funded directly by agencies. Shifting these activities into an IT WCF has no impact on total spending at the department.”

In Education’s request, it said it would create “the Information Technology System Modernization and Working Capital Fund (IT WCF), authorized by the Modernizing Government Technology (MGT) Act in 2018, [which] may only be used: (A) to improve, retire, or replace existing information technology systems to enhance cybersecurity of existing systems and to improve efficiency and effectiveness; (B) to transition legacy information technology systems to cloud computing and other innovative platforms and technologies, including those serving more than one covered agency with common requirements; (C) to assist and support covered agency efforts to provide adequate, risk-based and cost-effective information technology capabilities that address evolving threats to information security; and (D) to reimburse funds transferred to the agency from the Technology Modernization Fund. Establishing this account under the MGT authority would enable transfers of expiring administrative funds to this account with a three-year period of availability for use on IT modernization activities.”

Commerce asked for permission to establish a “Nonrecurring Expenses Fund,” which would let it transfer $20 million to be used for business system modernization through Sept. 30, 2022 as well as any expired discretionary funds over the next five years.

And finally, USAID is asking for an IT working capital fund to hold up to 5% or $30 million of discretionary funding from five different operating expenses and those funds would be available for three fiscal years.

“It appears that with the FY2021 President’s Budget, OMB has worked with agencies to push for the establishment of new IT WCFs or to modify existing an Working Capital Fund (presumably with the agreement of the agency CIO and CFO) to ensure that the agency has both the authority and scope to effectively manage IT Modernization projects and finances from a current Working Capital Fund,” ADI’s Cornelius said. “We imagine this is in part due to current appropriations law and the continued negotiations between the executive branch and the Congress on the appropriate use and oversight of taxpayer dollars.”

He added that both the appropriators and authorizers should look at these requests seriously as the time is right to make the MGT Act more than just a feel-good talking point.

“These select agencies will be more empowered to deliver IT modernization in a smarter, more cost effective way and can invest more wisely in commercial capabilities,” Cornelius said. “OMB and Congress get enhanced oversight of IT spending and deliverables, and can ensure better accountability for precious taxpayer dollars. And citizens will get the modern digital services they deserve from the government. Ultimately, IT modernization is about delivering better mission outcomes through technology and IT WCFs can be powerful, helpful tools to achieve that goal.” 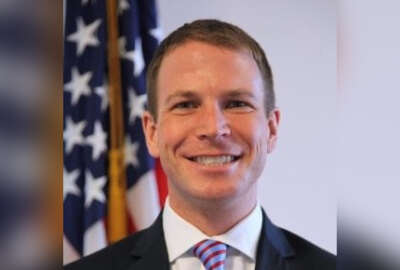