Even before agencies face the expected huge turnover in political appointees in January, the chairs across the federal technology and acquisition communities continue to shuffle.

Two long-time acquisition executives moved on and two technology leaders have new jobs, and one other decided to call it a career.

Here are some of the people on the move over the last few weeks across the federal community.

Chris Chilbert, the chief information officer for the Office of...

Even before agencies face the expected huge turnover in political appointees in January, the chairs across the federal technology and acquisition communities continue to shuffle.

Two long-time acquisition executives moved on and two technology leaders have new jobs, and one other decided to call it a career.

Here are some of the people on the move over the last few weeks across the federal community.

Chris Chilbert, the chief information officer for the Office of Inspector General in the Department of Health and Human Services, is leaving to be the new lead technology executive at the Consumer Finance Protection Bureau (CFPB).

Chilbert replaces Donna Roy, who became the agency’s chief operating officer in July after serving nine months as its CIO.

“After five years at HHS OIG, I have accepted a position as CIO of another agency — it was a hard decision to leave, but I’m excited about the new opportunity. This announcement is for my current position. HHS OIG is a fantastic place to work, and there is a great team in place. I have tremendous respect for the work of HHS OIG and would highly recommend anyone looking for a federal CIO job consider applying,” Chilbert wrote on LinkedIn announcing his new position.

He joins the CFPB after spending the last five years as the CIO for the IG office. During his tenure at the HHS OIG CIO, Chilbert focused on improving network performance and moving applications to the cloud.

Chilbert, who also worked at the Department of Homeland Security and in the private sector upon leaving the Navy after eight years of service, said the focus on network upgrades became more important during the pandemic.

“We did make some additional investments during the pandemic to increase our VPN capacity to ensure that we had the capacity to operate remotely for an extended period. Because our approach was part of a deliberate strategy, the changes are sustainable, and we will continue to look for ways to improve,” he said as part of a recent Federal News Network survey of agency CIOs.

As the new CIO of CFPB, Chilbert will be, what the agency called in its job posting, “a hybrid of a traditional CIO, providing services that support the bureau’s operations, and a CTO, responsible for the technology that amplifies the mission effectiveness of the CFPB.”

CFPB said in its fiscal 2020 performance plan that in 2021, “the bureau will continue to invest resources to maintain a robust cybersecurity program to safeguard the bureau’s information and systems. The bureau will make significant investments in information technology (IT) as it continues to implement its vision and strategy to modernize its IT systems and services, which includes migrating to cloud native applications and leveraging cloud technology infrastructure and services. This modernization will provide the bureau with the flexibility, scalability, and on-demand capacity that is necessary to support an agile and expanding IT environment. The bureau will also increase design and software development as well as portfolio management support services as it implements its long-term IT vision and strategy. During this implementation, the bureau will begin employing elements of the Technology Business Management (TBM) framework to increase transparency with respect to the Bureau’s IT costs and investments.”

CISA gets some mobility expertise

In another executive move, Vincent Sritapan is taking his cybersecurity skills to the new Quality Service Management Office (QSMO) run by the Cybersecurity and Infrastructure Security Agency in the Department of Homeland Security.

Sritapan comes to the QSMO from the DHS Science and Technology Directorate where he led the effort to secure mobile devices for the last six years. He worked at S&T for nine years in all.

He announced the new position on LinkedIn.

Sritapan, who will be a QSMO section chief, likely will continue his work on mobile device security by helping on initiatives around managing emerging risks and developing services.

He also will continue to help lead the cross-agency Federal Mobility Group.

During his time at DHS S&T, Sritapan led a host of efforts to address challenges with securing mobile devices. One of his most recent efforts is reviewing agency mobile infrastructure under the government cybersecurity architecture review (GovCAR) initiative.

“We are looking at things like leveraging the National Information Assurance Protection (NIAP) protection profiles, and talking about picking a device that has been trusted and secured,” he said in 2019. “We have rechartered and renamed the federal mobility services category management team and mobile security tiger team to be one federal mobility group. It includes 45 agencies and departments to help move us all toward a better security posture.”

Lester Diamond, an assistant commissioner at the Social Security Administration, retired on Nov. 6 after 22 years in government.

“There have been plenty of challenges, but the mission is strong, and my colleagues have been outstanding. I’ve always enjoyed the people I worked with. I think we’ve done some good work. In some things, we’ve been among the best,” Diamond wrote on LinkedIn. “I don’t have many specific plans for retirement. I want to travel, when I can. And I’d like to consult some, perhaps. I used to be an expert. I may have some of that in me still.”

While many people may not recognize Diamond’s name, though he did spend six years at the Government Accountability Office auditing agency technology efforts, he was one of the first people I met as a reporter who helped me understand federal technology issues. He was always thoughtful, patient and responsive — all good things for new reporters.

During his almost 16 years at SSA, Diamond worked on IT governance and architecture projects before moving into the financial management support area over the last three years.

Munsell, who also served as the agency’s CIO and IT services deputy director, joined NGA’s predecessor agency, the Defense Mapping Agency, in 1996, where he led the update of the agency’s aeronautical production systems.

He also worked in many senior positions across NGA operations, including a deployment to Iraq in 2008.

Prior to taking a post at NGA, he worked for the National Oceanic and Atmospheric Administration and spent some time as a government contractor, and later founded the Internet Marine and Aviation Planning Services in 2000 to offer flight and maritime planning services to individuals, industry and government.

Before retiring, Munsell finalized NGA’s technology focus areas and technology strategy for 2021, which are designed to solve some of NGA’s mission areas’ most pressing challenges.

As the CTO, Munsell focused on transforming and modernizing NGA’s technology to better serve mission partners, and oversaw and streamlined information technology capabilities and services.

Two other changes of note, but these are from the acquisition community.

“Monica set the Office of Procurement’s vision and priorities resulting in transformative, innovative and diverse procurement strategies which translated to approximately $19.5 billion in obligations and 36,000 contract actions in support the agency’s Mission. She has been recognized as an outstanding leader and her contributions led to NASA ranked the highest in the quality of support and solutions received for contracting functions across the 24 CFO Act agencies, in the 2019 Mission-Support Customer Satisfaction Survey administered to all Federal employees. Monica’s contributions on the Agency Executive COVID-19 team and the Unity Campaign’s diversity and inclusion incentive will leave an indelible mark on the agency,” wrote Bob Gibbs, the Mission Support Director Associate Administrator, in an email to staff obtained by Federal News Network. “I thank Monica for her exceptional service to NASA. Leaders who embrace change, accept challenge, and take care of their people all at once are a rare commodity. I count Monica among those exceptional leaders who leaned-in and rose to every challenge in front of her.”

Finally, Mauricio Vera, the director of the Office of Small Disadvantaged Business Utilization (OSDBU) at the U.S. Agency for International Development retired on Nov. 6 after 30 years in government.

“I did my absolute best to support small business interests every day for these 30 years. At USAID, I led an amazing OSDBU team that achieved an unparalleled record of success: we increased our contract dollar awards and percentages to small businesses every single year for the past 12 years. Our total small business dollar awards increased by tenfold during that time. Over the past five years, we shifted our focus primarily to USAID’s overseas missions and our efforts resulted in a tripling of small business dollars awarded overseas, without the benefit of FAR Part 19 which does not apply to those acquisitions,” Vera wrote on LinkedIn. “I am honored and humbled by all of the congratulatory messages and notes of gratitude I received from many of you! I’m taking a couple of months off to reconnect with family over the holidays and then plan to re-engage next year fully energized in another capacity. I look forward to connecting with many of you in that new role!” 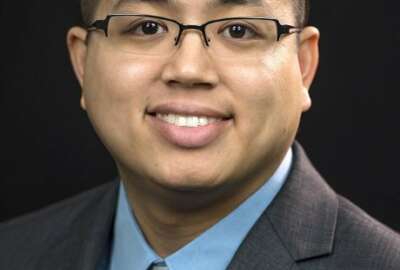 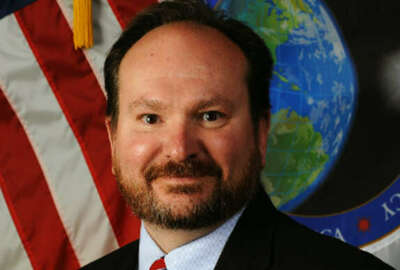 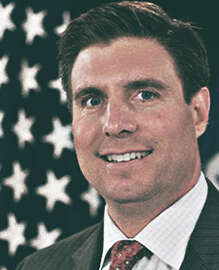 HHS OIG adding some IT Drano to its sluggish network 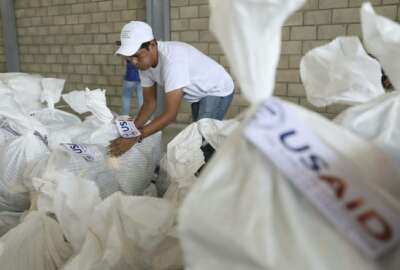