The last time the General Services Administration asked agencies to transition to a new telecommunications contract, it took 33 months longer than expected and cost the government an extra $395 million.

With its new telecommunications effort, called Enterprise Infrastructure Solutions (EIS) under the NS2020 program, GSA promised to learn from its mistakes with Networx by listening more to its agency customers and industry partners and simplifying the entire effort.

But with less than three years...

The last time the General Services Administration asked agencies to transition to a new telecommunications contract, it took 33 months longer than expected and cost the government an extra $395 million.

With its new telecommunications effort, called Enterprise Infrastructure Solutions (EIS) under the NS2020 program, GSA promised to learn from its mistakes with Networx by listening more to its agency customers and industry partners and simplifying the entire effort.

But with less than three years until the expected transition date of May 2020, at least one major agency is uncertain if there is enough time to move to EIS.

Beth Killoran, the Department of Health and Human Services chief information officer, said she submitted the HHS Transition plan to GSA in October and is concerned about meeting the program’s timetable.

“Our Operations Division has validated their inventory and [is] working to develop their plans and cost estimates for transition. HHS has significant concern that GSA EIS awards are now six months behind schedule, but they have not extended agency time for EIS transition,” Killoran said during an Ask the CIO online chat on March 28. “During the last contract transition HHS had 200,000 inventory items and had six years to transition. This time, we have 400,000 inventory items and two-and-half years is not feasible.”

And HHS is not alone in having a growing list of circuits, devices and telecom peripherals that need to be moved. The Interior Department issued a request for information in January, detailing more than 148,000 inventory items.

In the Justice Department’s RFI from January, the agency has to transition more than 359,000 inventory items.

“DoJ is seeking options/alternatives to transition from transitional services under Networx to the target state under EIS. DoJ is seeking to identify risks and challenges of such a migration and any potential strategy or steps that can be taken to mitigate such risks. The department is seeking a fully managed service while minimizing capital expense,” the DoJ RFI stated.

But only Killoran said publicly what many likely are thinking.

Bob Woods, president of Topside Consulting and a former GSA executive, said the government executives he’s talking to have expressed similar concerns as Killoran about the transition.

“It’s the law of physics, time, motion and space, and time can’t be made up. They will not make the time up once there are delays in EIS,” Woods said. “Some agencies will be transitioned, but not all of them, and there will have to be an extension. It’s not going into the current contract and extending the ending date. You are putting in place a sole source award. GSA has said it will not do that for everybody en-masse, and those extensions will have to be done by individual agencies. But the practical part of this is when push comes to shove, it’s more efficient to do just one extension for everyone than 140 agencies doing it individually. So it will get done.”

GSA released the solicitation for the 15-year, $50 billion EIS in October 2016. In the 251-page statement of work, GSA details four mandatory services: virtual private network service, Ethernet transport service, voice and managed network service. GSA says all other offerings are optional, and it recognizes the changing nature of technological and user requirements and encourages vendors to incorporate upgrades and innovations into their offerings.

A GSA spokeswoman said the agency has been taking steps to ensure a smooth and timely transition since 2015.

“We are well ahead of the previous transition in terms of planning and execution, however, agencies must be prepared to execute task order requests soon after the EIS contract is awarded,” the spokeswoman said. “If agencies wait until after award of EIS to develop requirements, their transition will be delayed, regardless of when EIS is awarded.”

One agency CIO, who requested anonymity to talk about their plans with EIS, said they are expecting GSA to extend the deadline beyond 2020.

The CIO said their agency is putting a lot of energy into the planning for the move to EIS, but still isn’t sure their agency will meet GSA’s deadline of 2020.

“There are a lot of transition costs and we are not sure what the budget will look like, so there is a lot that goes into this,” the official said. “We are eager to see GSA make the awards so we can get started.”

This is why Interior, Justice and others have issued RFIs, and most, if not every, agency has submitted transition plans to GSA.

GSA says awards are expected in the spring, while industry sources say awards will be closer to mid-June.

The question then comes to whether GSA awards places on the $50 billion multiple-award contract to all rumored 10 bidders to avoid the inevitable bid protest, or whether some vendors self-disqualified by not following the solicitation and force GSA not to award them a contract.

Woods said June awards would not stretch the transition deadline, but agencies will have to work hard to make sure they meet the goals.

“The chance GSA will just have smooth award without a protest are relatively low,” he said. “The only thing that may change that if they award to everybody and there are some folks in this process that say we shouldn’t discount that and it may happen.”

GSA already faced a delay of sorts for its transition support contract when the winning company, Redhorse Corp., faced a protest over its certification as a small disabled veteran-owned business. The Small Business Administration decided at the end of March, letting GSA and Redhorse more forward.

The GSA spokeswoman said the agency has made significant investments to support the transition to EIS from Networx.

“GSA has reached out to ensure agency involvement at the executive level and within key functional areas as well as requested that each agency appoint a senior executive ‘sponsor,’ transition manager, and lead contracting liaison,” the spokeswoman said. “Agencies have complied with these requests. The three-year transition timeline is aggressive but it is achievable if agencies have spent the time to plan and put resources in place to execute. A successful transition requires agency, industry and GSA working together and we are pleased with the progress we see many agencies making.”

Woods said agencies should have an easier time transitioning to EIS as compared to Networx. He said the move to Networx was a “fairly drastic” change in how the process worked as compared to FTS-2001 — the predecessor to Networx.

“You have to be closer to what you had in last round and I think they have that,” he said. “The X factor is they have introduced the ability of the vendors not to have to bid on everything and that some companies decided to bid on less but be compliant and get an award and worry about it later. Then you have to go through modifications and other changes, and if GSA makes seven awards, and you have seven companies submitting modifications all at once and they are uptight because solicitations are coming out, then you might have a problem. But EIS is better than Networx, though not perfect.”
Killoran or any of the other agencies probably understand perfection isn’t achievable, but a little more realism in terms of what they are up against, especially given the expected budget cuts may be necessary.

Next generation telecom RFP a test of GSA’s listening skills 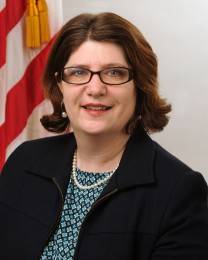