Agencies overwhelmed by a cluttered IT market, lack of federal guidance

Some IT managers say they could solve many of their biggest challenges with tools that already exist, if they had the proper guidance to quickly and easily implement them.

“There’s so many great tools available nowadays and everybody uses them,” said Tony Summerlin, special adviser to the Federal Communications Commission chief information officer, at an Oct. 20 FedInsider briefing in Washington. “We stood up [Amazon Web Services] and all of the sudden there were over 60 instances of AWS. I said, ‘Hello, what are you doing?’ It’s crazy. There are too many tools. There’s too little control.”

With 1,700 employees, FCC also has 320 IT contractors and 1,800 databases. Its universal licensing system consists of 26 applications, and each app has three separate databases.

“We have challenges,” Summerlin said. “I believe a lot of them … have been solved. … Just use the tools that are there and stop trying to invent something else.”

Agencies say they’re still looking for vendor solutions that can connect the dots between those tools, as well as federal guidance and policies that can help IT shops quickly implement them.

The Transportation Security Agency, for example, is in the process of moving its systems out of the Homeland Security Department’s data centers and into the cloud, said Paul Morris, acting chief information officer for TSA.

And when TSA’s systems were first built, they were designed to handle mostly administrative work.

“Really, I have quite a few tools out there,” he said. “But they don’t talk to each other. It’s up to my staff to make all those things talk to each other. The demand from the White House and DHS is growing everyday on how many ways they want me to slice my data.”

“The vendors need to come up with an open solution that talks well with everything else that I can come up with, a secure data layer that I can then make rapid decisions that have an enterprise effect that won’t upset 63,000 people at once … or impact the traveling public,” Morris said.

For Morris, finding solutions that can help TSA officers collect and manage data in the field is key.

“How do we do mobility? How do we get to data and how does it go in a multi-cloud hybrid environment? The current playbooks and the rulebooks weren’t written for that. I spend most of my day making decisions about policy that don’t exist,” Morris said.

Governmentwide policies and processes such as FedRAMP are also making agencies’ moves to the cloud more complicated, Morris and Summerlin said.

“It was supposed to facilitate agencies going to the cloud by providing a vehicle by which they could be assured that that application running in the cloud was secure,” Summerlin said. “Instead, it turned into a bureaucratic nightmare with 1,500 pages of documentation, which hopefully will be fixed soon.”

The agency has had five cloud implementations certified by FedRAMP — more than any other agency — Summerlin said.

But Summerlin and others agreed that there are still many barriers that prevent agencies from getting these projects off the ground.

“We’re not helping ourselves, and GSA is totally incompetent in submitting contracts to allow agencies to buy [software-as-a-service and platform-as-a-service] products,” Summerlin said. “They don’t even know how to do a data center consolidation contract. Without any playbooks, people don’t have time to work through these things.”

“We need help from the agency that’s supposed to be doing that. … Because not everybody has those kinds of partnerships that we’ve been lucky enough to have to get that stuff done.”

The FCC has seen some success where other departments haven’t in closing data centers and modernizing IT. The agency, for example, now spends 35 percent less on legacy IT than it did two years ago. And Summerlin said the FCC cut down its server farm by 40 percent.

If FCC gets more resources, it could move everything to a true cloud by 2018, the agency’s original IT modernization goal. If FCC stays on its current funding path, Summerlin expects the agency will meet its goal in 2020.

“We’ve only been able to achieve 50 percent of what the goal was, because we asked for $9 million for modernization and [Congress] gave us $2 [million]. Everything that we bring in, I have to cut something that gives me at least one and a half times that money back. It has to be immediately, so it’s a hard pull for us.” 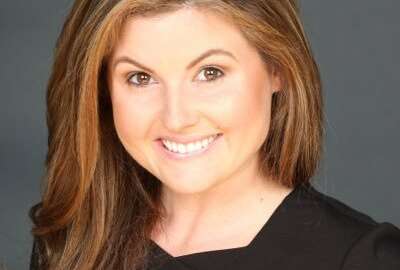