With the launch of Code.gov, agencies now have a new place to go to find open source solutions that other departments are already using across government.

The site is designed to help agencies as they implement the Federal Source Code Policy, which the Office of Management and Budget introduced in August. It sets them on a path toward making any new, custom source code developed specifically for an agency available for others to use, and it requires...

With the launch of Code.gov, agencies now have a new place to go to find open source solutions that other departments are already using across government.

The site is designed to help agencies as they implement the Federal Source Code Policy, which the Office of Management and Budget introduced in August. It sets them on a path toward making any new, custom source code developed specifically for an agency available for others to use, and it requires that agencies release annually at least 20 percent of their custom-developed code as open source.

Code.gov has about 50 open source projects from 10 agencies so far, a number which Federal Chief Information Officer Tony Scott said he expects will grow as more agencies implement the administration’s policy.

The goal of the new policy, OMB said, is to cut back on 42,000 different transactions and the $6 billion agencies spend a year on new software.

“For most things that we do, we should not be coding,” FCC Chief Information Officer David Bray said during a Red Hat panel discussion in Arlington, Virginia, Nov. 3. “We are not in competition. I understand that code is secret sauce, and that makes sense. We should be working with commercial partners that maybe are using open source and are hosting it for us. But if we customize code, that’s all well and good until five or six years from now.”

But some in the federal IT community say this push toward open source needs to go even one step further.

Bray said he sees the open source movement as an opportunity to change the way the public thinks about government.

“The bigger conversation is how you can use open source to actually get trust because you’re now exposing what your code or your algorithm is doing, what is being done with the data,” he said. “That’s necessary because really we need to think about government as a 20th century term, and instead we need to talk about public service.”

In particular, it’s a chance for the public to slowly develop more trust in government, as agencies begin to share what they’re doing with the data they collect and the algorithm they use to process it, Bray said. He envisions a future where agencies encourage the public to share data on water or transportation quality, for example, and citizens knew and trusted that government kept that information private and anonymous.

“I recognize that there may be some that signed up for public service thinking that they were going to be coding, I still think there’s a place for you, but it really should be more about stitching together API calls across different micro-services or modules but not actually diving into the engine and actually trying to write code itself,” Bray said. “There’s enough you find that you can almost stitch together as pieces of a quilt as opposed to building the quilt yourself.”

The FCC has moved its entire data center to a public cloud. But other agencies haven’t had that success.

The trust factor is what’s partly holding some agencies back from adopting open source cloud solutions and cutting down their IT spend on legacy systems or new software.

“We are not yet ready to go to the cloud, because [as] I think all of you will attest to this … IRS is dependent on the public trust,” Nitin Naik, technical director for strategic planning and technology direction at the IRS, said. “If we don’t have the public trust, we will not be able to execute all that we do today.”

Yet Bray said he doesn’t understand why agencies have to embark on these major projects with little help.

“GSA needs to step up a schedule of à la carte cloud services so that way we just pay for seats or consumption-based as opposed to having each organization trying to do it itself,” he said. “That just doesn’t make sense to me. Maybe … if you re-pivot what 18F is doing and they stop coding  and actually focus on reusable cloud services, that would be a welcome gift to CIOs and CTOs around the entire public service.” 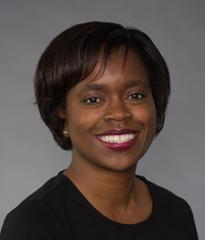 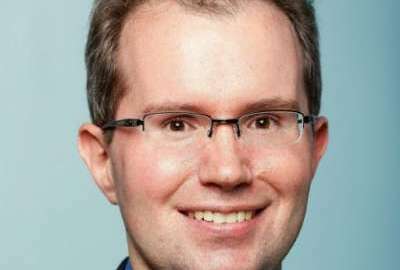