The Army is officially setting up a new vehicle to circumvent the bulky military acquisition process for areas serving immediate needs like electronic warfare and cyber.

The Army’s Rapid Capabilities Office (RCO) follows in the footsteps of the Defense Department’s Strategic Capabilities Office and the Air Force’s own Rapid Acquisition Office. All of those organizations were created as a means to deliver critically needed products to the warfighter quickly.

“A goal of the Rapid Capabilities...

The Army is officially setting up a new vehicle to circumvent the bulky military acquisition process for areas serving immediate needs like electronic warfare and cyber.

The Army’s Rapid Capabilities Office (RCO) follows in the footsteps of the Defense Department’s Strategic Capabilities Office and the Air Force’s own Rapid Acquisition Office. All of those organizations were created as a means to deliver critically needed products to the warfighter quickly.

“A goal of the Rapid Capabilities Office is to prioritize cross-domain and integrated solutions. It will put those solutions in front of senior leaders in enabling us to provide necessary pressure at the start of the process to drive innovation, continuous improvement and iteration,” said Army Secretary Eric Fanning during the RCO rollout at an Aug. 31 Bloomberg event in Washington.

RCO will be used as a means to maintain the technological overmatches the Army has over its adversaries, Fanning said. The Army will not look just for isolated instances where capabilities are needed, instead it will look across the whole service to see how it can inform future programs of record. In addition to focusing on electronic warfare and cyber, RCO will put an emphasis on survivability and position, navigation and timing.

The office will be run by a board of directors who will have all decision making authority over acquisitions, testing and fielding as well as executing contracts. The board will be chaired by Fanning. Army Acquisition chief Katrina McFarland and Army Chief of Staff Gen. Mark Milley will also have spots on the board.

The board will meet within the next 30 days and hopes to have a list of specific capabilities it wants to work on by the end of the year.

Fanning said the office will not be used to make new systems or platforms, but will be used solely on capabilities.

“We are not focused, for example, on building a new helicopter, but we would turn to this office if some capability on an existing helicopter is no longer sufficient or some capability needs to be iteratively fielded because we need it operationalized faster than the complete platform,” Fanning said.

The Army will try to deliver those capabilities in a one to five year timeframe, Fanning said.

RCO will be headed by Douglas Wiltsie, who formerly served as executive director of system of systems engineering for the Army. Maj. Gen. Walter Piatt was tapped as the deputy director for operations.

“The Army’s emphasis on getting new technologies into the hands of our troops faster is commendable, and we appreciate the Service’s willingness to work closely with the Armed Services Committee on this critical issue.  The push to fund more experimentation and prototyping of weapons is not only an important step in simplifying and reforming the acquisition process, it is essential to our security, helping us keep pace with our adversaries, and maintaining the United States’ technological superiority on the battlefield,” Thornberry said in an Aug. 31 statement.

McFarland said the office has nonpartisan support, which will help usher it into the next administration.

The Army will need Congress’ blessing in the future to fund the plan.

“We need to have flexibility in defining how that money is used and we should be able to be accountable for that at the same time,” McFarland said.

She added that the Army is looking at something under $100 million for its first allowance for the program.

RCO director Wiltsie said the Army has had discussions with congressional authorizers and appropriators about the office and the 2017 budget.

“There is a discussion that has to go on because the budget for 2017 is already over there and there needs to be some adjustments. … Clearly, dollars dictate velocity to an extent. The Army has to build in the budget process and in the programing process a line. There have been discussions about top level numbers and that’s going to work its way through. We have ways to pay for [20]17 we have to work with Congress to make sure that that gets aligned and then in [20]18 and beyond we will put this into the normal process,” Wiltsie said. 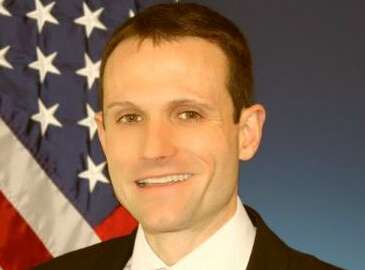