The Federal Retirement Thrift Investment Board, the agency that administers the Thrift Savings Plan, decided to expand the plan’s L fund from a 10-year increment asset allocation to a five-year increment.

Moving to a five-year increment would give participants a narrower window of time to match their intended retirement date with their asset allocation.

The Federal Retirement Thrift Investment Board, the agency that administers the Thrift Savings Plan, decided to expand the plan’s L fund from a 10-year increment asset allocation to a five-year increment.

Moving to a five-year increment would give participants a narrower window of time to match their intended retirement date with their asset allocation.

“It makes a lot of sense to allow participants to better target their retirement plan,” said Sean McCaffrey, deputy chief investment officer for the FRTIB. “It’s an industry best practice that we think is worth replicating.”

The decision moves the TSP in line with other comparable plans, according to Aon Hewitt Investment Consulting group, which reviewed the plan’s investment options and offered recommendations at the board’s May 31 meeting.

FRTIB would implement the new increments for the L fund around 2020.

The board also decided it would move forward and study the implications of diversifying the I fund to include stocks in Canada or other emerging markets. The agency hopes to have that study finished by the fall.

“With the I fund we have to be careful,” McCaffrey said. “Each market has its idiosyncrasies. We want to make sure we’re fully comfortable with what we’re getting into with this change. We’re looking at some countries where we haven’t worked in the past. From what we understand, the market has moved more toward a ‘total market’ approach outside of the U.S., just like we have in the U.S. … We’re optimistic. We think we’ve evolved over the last 10 years or so that we can invest there even with our size.”

The board is also closely watching Congress, as it waits to see what appropriators will do with President Donald Trump’s federal retirement proposals included in his 2018 budget request.

“To the extent that these require employees to pay more for their defined benefit, we would have to be concerned about whether people would be able to to continue contributing to the TSP at the same level in the future,” said Kim Weaver, director of external affairs for the FRTIB.

With these changes, federal employees would certainly decrease an employee’s monthly take-home pay with higher annuity contributions, federal financial experts said, and the FRTIB remains concerned its participants would have fewer dollars to set aside and contribute to the TSP.

The Office of Management and Budget has also assured the agency the president’s budget does not include any changes to the G fund interest rate. Congress, however, has made such proposals in the past. Depending on the proposal, changing the interest rate on the G fund would ultimately lower the rate of return for TSP participants.

“Given the very fluid nature of the conversations on the budget resolutions, we will be keeping a very close eye on that,” she added.

The board is also moving forward with its preparations to automatically enroll tens of thousands of new military members into the TSP by Jan. 1, 2018.

FRTIB is increasing staff at its two call centers by 30 percent, and it’s implementing a stronger telephone exchange system to help handle the coming influx of new participants.

At least 163,888 people have taken the board’s TSP opt-in course since it was deployed in February, and the agency will soon launch a blended retirement comparison calculator. The tool will help military members compare benefits under the new blended and current plans.

The agency is also ahead of schedule and will begin testing its blended retirement systems with payroll systems at each of the military services next month. Those preparations are part of the board’s broader plans to modernize and secure its IT infrastructure over the next six months and beyond.

The agency is also taking stock of its accomplishments as the TSP celebrates its 30th birthday this year.

The board launched a new “TSP at 30” marketing campaign, and it created a new working group with representatives from 20 agencies to review how the agency can better onboard new participants and employees to the plan. 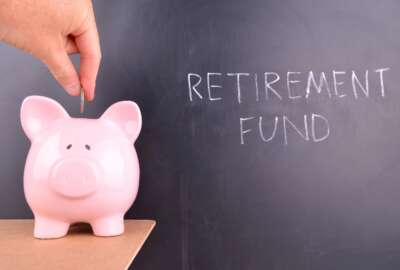 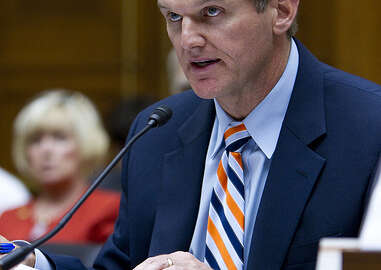