The Thrift Savings Plan has a busy year ahead, as the agency that administers the plan is preparing to implement more withdrawal options for participants, as well as a series of new tools designed to help federal employees better save for retirement.

New withdrawal options are first up on the to-do list for the Federal Retirement Thrift Investment Board (FRTIB), the agency that administers the TSP. The new withdrawal flexibilities will be available for participants...

The Thrift Savings Plan has a busy year ahead, as the agency that administers the plan is preparing to implement more withdrawal options for participants, as well as a series of new tools designed to help federal employees better save for retirement.

New withdrawal options are first up on the to-do list for the Federal Retirement Thrift Investment Board (FRTIB), the agency that administers the TSP. The new withdrawal flexibilities will be available for participants starting Sept. 15.

The agency has been preparing for the changes for the past year or so, well before the President signed the TSP Modernization Act into law in November 2017.

Congress gave the FRTIB two years two years to implement the new law, which authorizes a variety of new options for TSP participants to withdraw savings from their accounts. Feedback from federal employees had initially pushed Congress to authorize more TSP flexibilities, as 62 percent of have said they were satisfied with the current options, according to the agency’s 2017 participant survey.

To prepare for the new withdrawal options, the TSP agency is developing several new forms, which participants can use to make changes to or stop withdrawal payments and make in-service and post-separation withdrawals.

The TSP will accept the existing withdrawal forms until Sept. 6, said Tanner Nohe, the FRTIB’s withdrawal project manager. New forms will be available Sept. 15 and will include online “wizards” to help participants more thoroughly fill them out with the correct information.

The online wizards are more user-friendly than the existing TSP paper or PDF forms, and they’ll walk participants through the process of making changes to the way they withdraw funds from their accounts. Specifically, the new wizards will show participants the Roth balance they might have in their accounts, for example, and the wizard will show exactly what future distributions might look like based on an individual’s unique account information.

“[Participants] can walk away from this wizard at this point, and they have about seven days to come back and all that information is saved,” Nohe said. “If they wanted to model a different type of withdrawal, they can go in, cancel this current one and start all all over … and create a new transaction.”

Participants can expect more information directly from the TSP about the upcoming withdrawal options starting in July, and the FRTIB plans to post the regulations and open up a public comment period near the end of this week.

Beyond the new TSP withdrawal options, here are four other features coming to the TSP within the next year or so that participants can anticipate.

The TSP agency will also take action within the next year to help participants better plan and make “catch-up” contributions to their retirement accounts.

“If you talk to our trainers and folks who actually go out and teach about the TSP, they’ll tell you that our participants struggle with the details around catch-up contributions,” said Jim Courtney, the FRTIB’s director of communications and education, said Wednesday a joint meeting of the TSP board and the Employee Thrift Advisory Council.

Nearly a quarter of the 125,000 participants in the Federal Employee Retirement System who made catch-up contributions in 2017 were nowhere near the elective deferral limit, the board said.

And two-thirds of the 39,000 FERS participants on track to reach that limit early were age 50 and older last April.

“At some point, we would have stopped accepting their contributions simply because they hit the elected deferral limit even though the ability for them to continue saving existed,” Courtney said.

To combat the confusion, the TSP agency in January 2020 will implement a new “spillover” strategy.

Participants over the age of 50 will no longer need to make a separation election for catch-up contributions, Courtney said.

“They just have to make their regular contributions, and if they hit that elected deferral limit, any additional contributions would then spill over and become catch-up contributions,” he said. “The matching for FERS and [blended retirement system employees] would continue until they’ve reached the 5% of their salary. The ‘easy-button’ for payroll offices and for us is we would no longer need to track these two sets of contributions separately.”

Two-factor authentication will be mandatory

The Federal Retirement Thrift Investment Board will make two-factor authentication mandatory for all TSP online account holders some time in December.

The board added tougher security measures to TSP participants’ online accounts back in April. Participants can currently choose to add two-factor authentication, but the security feature will be required by December.

Participants will get a one-time verification code by email or text each time they log into their TSP accounts.

Some 133,000 participants had opted in to use two-factor authentication as of mid-April, said Tee Ramos, the FRTIB’s director of participant services. Another 11,000 people enrolled this week.

New ways to communicate with participants

The TSP this summer will begin sending a new e-newsletter, called the “Thrift Savings Planner” to the 3.5 million participants for whom the agency has email addresses, the agency said.

In addition, the FRTIB will begin this summer to send targeted emails and postcards to their participants reminding them of savings they could uncover by making simple changes to their TSP contribution rate.

The agency last fall identified 1,254 active federal employees who had auto-enrolled at the 3% contribution rate in the TSP. With help from a behavioral scientist, the FRTIB crafted two different emails to send to 60% of these participants.

One email, which went to 30% of this group, included a line that told participants how much they personally were missing out on matching contributions from their agencies. It also provided clear instructions on how participants could change their contribution rates within their agency’s payroll system.

A TSP participant must contribute at least 5% of his or her salary to reach the highest match from an agency employer.

The second email went to another 30% of these participants. It simply stated some federal employees are missing out on full contributions from the agencies.

Participants were twice as likely to make changes to their contribution rate after having received one of the two emails — compared to the remaining 40% of participants who didn’t receive an email from the FRTIB at all, Courtney said.

For those participants who did make a change, the median contribution rate went up by $140 a month.

Clifford Dailing, chairman of the Employee Thrift Advisory Council and secretary-treasurer for the National Rural Letter Carriers’ Association, said he sees direct outreach from the TSP as a valuable tool to help federal employees better understand and plan for their retirement.

“It’s a scary thing,” he said at Wednesday’s meeting. “A lot of the feedback that I’ve received from our groups and individuals is, ‘I wish I had known something a little different, knowing now what I knew then.'”

In addition, the FRTIB in October 2020 will begin to automatically enroll new participants to the TSP at a 5% contribution rate.

Currently, participants who are automatically enrolled in the TSP are contributing 3% of their salaries to their retirement accounts.

The FRTIB has said it sees this as a simple way to have federal employees contribute more toward their retirements. Participants who don’t want to contribute 5% can actively change their rates on their own. 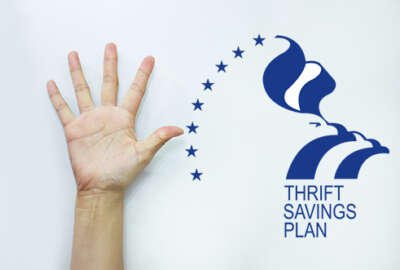 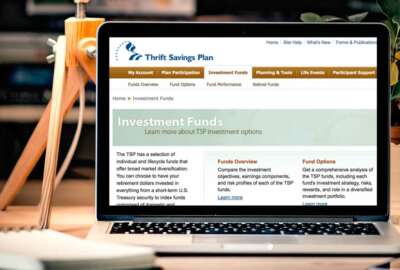