Tensions appear to be rising over the relatively unassuming Federal Retirement Thrift Investment Board, which is pressing on this year with its plans to expand the international fund benchmark to emerging markets, including China.

President Donald Trump on Monday announced his plans to replace at least three of the current TSP board members — months after lawmakers spent much of 2019 calling for the FRTIB to reverse course with the international fund.

Members of Congress have...

Tensions appear to be rising over the relatively unassuming Federal Retirement Thrift Investment Board, which is pressing on this year with its plans to expand the international fund benchmark to emerging markets, including China.

President Donald Trump on Monday announced his plans to replace at least three of the current TSP board members — months after lawmakers spent much of 2019 calling for the FRTIB to reverse course with the international fund.

Members of Congress have said moving the I fund to a new benchmark will expose the retirement assets of federal employees and military members to severe and undisclosed risks with Chinese companies.

Trump hadn’t appointed any of own his members to the FRTIB until Monday, when he sent three nominations to the Senate.

Five presidentially-appointed members, together with an executive director, all administer the TSP on behalf of the plan’s 5.9 million participants. These members can serve past their nominated terms, and unlike other agencies, there’s no provision in the board’s governing statute that sets one-year holdover terms for the appointees.

Their recommendation came amid ongoing frustration with the board, which all stemmed from a decision the FRTIB made back in 2017.

Following the advice of an independent consulting firm, the board chose to move the I fund to the Morgan Stanley Capital International All Country World Ex-U.S. Investable Market Index (MSCI ACWI Ex-US IMI). This index covers 22 developed and 26 emerging markets and consists of large, mid and small-cap stocks from more than 6,000 companies, including Chinese securities.

It wasn’t until 2019 when members of Congress expressed bipartisan concern with the move.

Their opposition, which Rubio (R-Fla.) and Sen. Jeanne Shaheen (D-N.H.) spearheaded, led the board to reconsider its plans late last fall.

But after some deliberations, the majority of the FRTIB members agreed to press ahead with its original plans.

The board, its members said, is supposed to serve the fiduciary interests of 5.9 million TSP participants. Not moving the I fund to a new benchmark would, according to the data the board reviewed, would make the TSP an outlier among other comparable 401(k) style plans.

Both the top 10 publicly traded U.S. companies and the top 10 federal contractors all offer their defined contribution participants access to an emerging market equity, including China.

The board instead suggested the Treasury Department’s Office of Foreign Assets Control (OFAC), which administers and enforces economic and trade sanctions based on U.S. foreign policy, is best suited to weigh in on decisions like this one.

“To the extent that a comprehensive ban on investing in one or more countries or companies is issued by OFAC, that country or company would be dropped from the index and, thereby, eliminated from the TSP line-up, and no US investor would invest in those countries or companies,” Kim Weaver, the FRTIB’s director of external affairs, said in an email to Federal News Network. “That would ensure a level playing field for all Americans who are investing and saving for retirement. The board is acting in TSP participants’ interest by providing them with the same opportunities to save for their retirement as are afforded to every other American.”

Weaver said the TSP planned to move the I fund to the new benchmark during the second half of the year.

“The transition to the new index will happen over weeks or possibly months,” she said. “There are a number of factors that come into play, particularly liquidity to facilitate trading.”

But members of Congress are actively pursuing legislation that would essentially reverse the upcoming I fund changes.

The bill would prevent any TSP fund from being invested in securities that are listed on certain foreign exchanges.

Unions and other organizations representing federal employees, however, are pushing back.

“This partisan approach to interfering with the decision-making process of the Federal Retirement Thrift Investment Board is the wrong path and places federal employees at a distinct disadvantage compared to private-sector workers,” Clifford Dailing, chairman of the Employee Thrift Advisory Council, said in a May 1 letter to Waltz and his fellow co-sponsors.

The FRTIB manages federal employees’ retirement assets, which are not, as the board has stated, property of the U.S. government. TSP participants themselves choose where to invest their savings, not the board or Congress.

“Contrary to the narrative that this fund will force federal employees to place their hard-earned wages in foreign coffers, the I Fund is one of many optional funds offered for TSP participants,” the letter reads. “Should they choose, employees may decide that this investment strategy is not for them and instead direct their retirement savings to other funds in the plan.”

Meantime, Rubio, who first led the congressional opposition to the board’s decision last year, said he was encouraged by reports that indicated the president’s plans to make major changes at the board.

“It’s outrageous that five unelected bureaucrats appointed by the previous administration have ignored bipartisan calls from Congress to reverse this short-sighted decision, and I applaud President Trump for directing his administration to take swift action preventing this from going forward,” Rubio said last week in a statement.

It’s unclear whether Trump will ultimately choose to replace all five of the FRTIB’s members.

The president nominated John Barger, a current member of the Postal Service Board of Governors, to replace David Jones. Barger is also the managing director of NorthernCross Partners, an advisory and investment firm, and he served for three years as chairman of several boards for the Los Angeles County Employees Retirement Association.

The president also nominated Christopher Bancroft Burnham, who co-founded and leads the Cambridge Global Capital consulting firm, to replace Ron McCray. He was a political appointee in the State Department during the George W. Bush administration and served on Trump’s transition team.

The current FRTIB members will continue to serve until Trump’s nominees go through the Senate confirmation process, Weaver said. 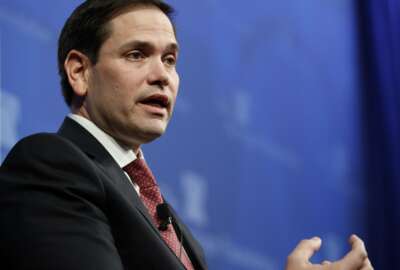 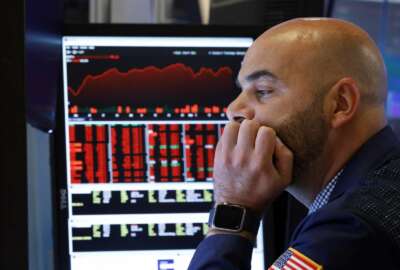