Lawmakers want to re-examine the structure of the Veterans Health Administration after a report the Veterans Affairs Department Inspector General referred to it as “serious” and “disturbing.”

In 1995, the VHA was divided into 22 regional Veteran Integrated Service Networks (VISNs), later reduced to 18, each of which oversee six to eight medical centers. The idea was to decentralize budgetary planning and decision making in order to promote accountability and improve oversight.

But at a May 22 hearing of the House Veterans Affairs Committee, VA IG Michael Missal said that when investigating the VA medical center in Washington, D.C., his office found at least seven written reports that had reached the D.C. VISN. The reports documented many of the medical center’s supply chain and inventory management issues, but officials responsible failed to rectify the situation.

“The chronic deficiencies noted in these reports underscore the inability or unwillingness of leaders at various levels to implement and sustain lasting change within various services,” Missal said. “While the failures present significant challenges, we believe the greatest obstacle to change is the sense of futility and a culture of complacency among staff and leaders. At the core, the D.C. VA report is about the breakdown of systems and leadership at multiple levels, and the acceptance by many personnel that things will never change.”

Carolyn Clancy, the executive currently in charge of the Veterans Health Administration, did not dispute the problems faced by certain VISNs, especially those detailed by the IG report. Instead, she focused on how the VHA is responding to the issues.

In particular, she said the VHA is getting a new financial management system to provide better oversight and ensure that VISNs and medical centers are not spending too much money to try to solve their inventory issues.

Gaps in hiring and logistics also have made the problem worse. Clancy said the VHA has done a lot of hiring since then, and that the chief of logistics had been held accountable and terminated.

She also said that VISNs are a necessary part of the VA structure. They exist as a way to build accountable regional leadership, she said, for no one could oversee day-to-day operations in so many dispersed areas from D.C.

But some lawmakers believe that VISNs, rather than providing a solution through greater, more localized oversight, could instead be another bureaucratic point of failure.

Rep. Bruce Poliquin (R-Maine) specifically called the VISNs a middle-management bureaucracy and asked if there had been any measurable improvements since their creation. But Missal said the OIG had not investigated that specifically.

Clancy said VISNs use the same performance metrics as private sector health networks, and that the primary measure of accountability is whether performance at a VISN improves. Rep. Jodey Arrington (R-Texas) said he would like to see a scorecard for VISNs, to look at data on how they are performing.

Rep. Mike Coffman (R-Colo.) said the governance structure deserves to be studied, and asked if the issues in procurement could stem from too much flexibility. Missal said sometimes that could be the case.

On that subject, Clancy told lawmakers the VISNs have little uniformity between them. Each has its own processes and job descriptions, and its own systems for handling whistleblowers. She said VHA is looking to establish a single mission statement for all VISNs. Bryan Gamble, deputy chief of staff at Orlando VA Medical Center, said he is currently working on creating a playbook for all VISNs.

Gamble was appointed by then-VA Secretary David Shulkin in March to oversee and restructure three troubled VISNs: the New England Health Care System, the Capitol Health Care Network for Washington, D.C., and parts of Maryland and Virginia, as well as the Desert Pacific Healthcare Network in California, New Mexico and Arizona.

Clancy said another major problem was the culture at VA.

“In many of the instances we’ve looked at, we’ve seen a cultural problem where people aren’t taking responsibility to do the right thing, not performing as they should be, which results in significant problems,” she said. “We’ve obviously seen more than just problems at D.C. We’ve seen them at a number of facilities. Obviously, either when information comes to our attention or through our proactive efforts we find it, we address them as quickly as possible.”

But Rep. Lou Correa (D-Calif.) pointed out that the VISNs are siloed and leadership at the VA frequently tends to try to handle problems in secret. Clancy agreed, saying that instead, these problems need to be shared as soon as possible, because it is likely that other networks are having exactly the same problem. Handling these issues more openly could help the agency develop best practices to avoid the more common ones, but that would require a culture change. 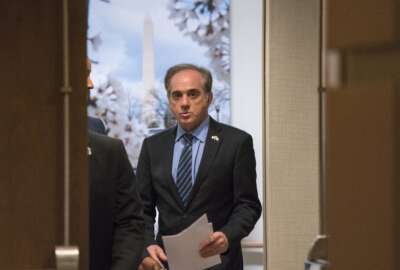 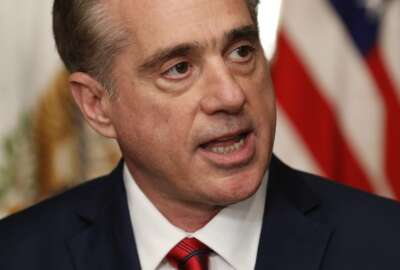