Lawmakers are finally nearing the long-term legislative solution to the Veterans Choice Program they’ve been looking for for more than a year.

The Maintaining Internal Systems and Strengthening Integrated Outside Networks (MISSION) Act already had bipartisan support from leadership on the House and Senate Veterans Affairs Committees, and 38 veterans service organizations, who wrote to congressional leadership Monday...

Lawmakers are finally nearing the long-term legislative solution to the Veterans Choice Program they’ve been looking for for more than a year.

The Maintaining Internal Systems and Strengthening Integrated Outside Networks (MISSION) Act already had bipartisan support from leadership on the House and Senate Veterans Affairs Committees, and 38 veterans service organizations, who wrote to congressional leadership Monday in support of the “historic” legislation.

The bill cleared the House Veterans Affairs Committee Tuesday morning with a 20-2 vote.

“This is a compromise agreement,” House VA Committee Chairman Phil Roe (R-Tenn.) said at Tuesday’s markup. “I can ensure you that this was not where we started one year ago. None of us sitting at this dais or in the Senate got everything we wanted.”

The MISSION Act continues to require that the Veterans Affairs Department coordinate and direct veterans’ care. The legislation requires veterans receive access to community care if VA doesn’t offer the services they need, if the department doesn’t offer a full-service medical facility in a veteran’s state, if a veteran was eligible to receive community care under the 40-mile rule in the existing Choice program or if the agency can’t provide care within designated access or quality standards.

The legislation also authorizes an additional $5.2 billion to continue the current VA Choice Program for the next year while the department implements the new MISSION Act.

The process, however, wasn’t easy. Both committees have been working on new community care legislation for at least the past 15 months. Committees in both chambers have come close with their own legislation during that time, but no other bill has garnered this much support from veterans service organizations, forcing Congress to quickly pass several emergency stop-gap measures to avoid a funding crisis.

The White House also announced its support for the MISSION Act. The legislation will next go to the House floor for debate.

Lawmakers are still under a tight deadline, as acting VA Secretary Robert Wilkie informed the House and Senate committees this week that funding for the existing Veterans Choice Program would run dry by May 31.

Unlike markups of previous Choice bills, there was little to no mention of VA privatization.

“The Choice program is not designed to replace the VA,” said Rep. Bruce Poliquin (R-Maine). “That is not the goal. We have 66,000 veterans that we just adore in our second district of Maine, and they heal better when they’re with other veterans. We understand that. But sometimes it’s just not practical for our veterans, because they live so far away from a veterans facility.”

Yet the American Federation of Government Employees says the MISSION Act “kicks the door wide open to VA privatization.”

“Nowhere in this 200-page bill does Congress address the serious issues confronting the VA — inadequate funding and staffing to meet the growing demand for care at VA hospitals and clinics,” AFGE National President J. David Cox said in a statement. “Instead the focus is on sending money and veterans outside to costly and unaccountable private care and walk-in clinics that lack the ability to treat veterans’ complex needs.”

Committee Ranking Member Tim Walz (D-Minn.) tried to appease some of those concerns with new provisions. One, for example, would have required VA to annually review veterans who are authorized to receive private care to ensure the community is still the best option for them. The White House, however, struck down that provision and others, Walz said.

Roe during Tuesday’s markup announced his intention to name the MISSION Act after two lawmakers who are leaving Congress this year. Rep. Sam Johnson (R-Texas) and Sen. John McCain (R-Ariz.) served a total of 14 years as prisoners of war.

The bill ensures that once VA signs a contract with Cerner Corporation to begin implementing a new electronic health record, Congress will receive constant, written updates on the status of the project.

“The legislation simply brings the authority of the oversight back to us,” said Walz, who noted that Congress will have little to no say in how VA implements an eventual contract with Cerner.

Updates on the EHR project, however, have been slow in recent months with the departure of VA acting Chief Information Officer Scott Blackburn and former Secretary David Shulkin, who made the decision to abandon the Veterans Health Information Systems and Technology Architecture (VistA) and adopt the same EHR as the Defense Department.

The committee also passed the VA Medical Cannabis Research Act, which would explicitly let VA conduct and support research on medical marijuana use for veterans diagnosed with post-traumatic stress disorder (PTSD), chronic pain and other injuries.

Less than a quarter of the Legion’s members say they’re currently using medical marijuana to treat a medical condition.

The bill cleared the committee with a bipartisan vote.

“I’m amazed we waited this long to study this,” Roe said. 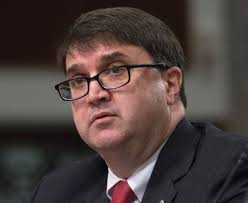