Whistleblowers at the Veterans Affairs Department have received a disciplinary action within the first year of making a disclosure 10 times more often compared to their colleagues in the rest of the agency.

Whistleblowers at the Veterans Affairs Department have received a disciplinary action within the first year of making a disclosure 10 times more often compared to their colleagues in the rest of the agency.

GAO’s findings come days after the House Veterans Affairs Committee expressed some concern with reports of whistleblower retaliation, which members heard amid preparations for a hearing on VA’s implementation of the Accountability and Whistleblower Protection Act.

Though GAO acknowledged the data was only an indication that whistleblower retaliation could be happening, the agency reported higher attrition rates for VA whistleblowers compared to the rest of the department’s workforce.

Six VA whistleblowers also spoke with GAO and described instances where their managers had retaliated against them after making a disclosure. The whistleblowers claimed they had been reassigned to other duty locations or had been denied access to equipment.

GAO began its study of disciplinary actions and misconduct at the agency in 2015, before Congress passed the accountability act in 2017. But GAO had plenty of criticism for the VA’s new Office of Accountability and Whistleblower Protection (OAWP) , which the agency stood up to comply with the recent law and previous executive order.

New policies and procedures at that new office have a created a less-than ideal environment for whistleblowers, GAO said.

“OAWP has a practice of allowing VA employees who are subjects of the allegations brought forward by whistleblowers to review or participate in investigations, or both, which could make the whistleblower feel uncomfortable or intimidated,” GAO said.

In addition, new VA policy allows the agency’s program offices or facilities where a whistleblower filed a complaint to conduct many of the investigations, but GAO said this procedure may cause conflicts of interest.

Whistleblowers also told GAO many VA employees were confused by the process for filing a disclosure with the department or with the Office of Special Counsel, GAO said. The American Federation of Government Employees (AFGE) reiterated this same point in a congressional hearing earlier this week.

Conflicts of interest in SES investigations

GAO also found problems and conflicts of interest with VA’s investigations of misconduct of senior officials.

When an inspector general receives allegations of employee misconduct, the IG can choose to take no action, open an investigation or refer the case to VA facility or program offices.

In the latter situation, the IG will recommend that those investigations before the program offices include six different elements. GAO reviewed 23 cases of senior official misconduct between 2011 and 2014 and found many examples of elements lacking from those investigations.

In three of those cases, an executive at a higher level or grade than the implicated senior leader didn’t conduct the investigation, as recommended by the IG.

GAO also cited other mistakes, such as missing supporting evidence and documents and missed deadlines. Some investigatory files named points of contact, but the individuals mentioned were also often accused in the allegations.

Once the investigations were complete and misconduct was substantiated, the proposed disciplinary or adverse action wasn’t always taken, GAO said. VA officials were often given a lesser penalty than what was originally proposed.

Many senior officials who have been previously disciplined remain in management positions, GAO said.

Missing, unreliable or overlapping employee misconduct and disciplinary data underlies most of GAO’s work on this topic.

VA has used or continues to use as many as 12 different IT systems to track employee misconduct and disciplinary actions. Each of these systems has different aspects of misconduct data, but none include all information, GAO says. No two VA systems are interoperable, and none give senior agency leaders easy access to data.

GAO said it took its own staff two months to obtain usable misconduct information, “suggesting that there was not already a process in place to provide this information to senior officials on a routine basis.”

Some of VA’s systems lacked all of the necessary information and filed to track an employee’s disciplinary action from the time of the proposed penalty to the final action. Roughly 35 percent of VA disciplinary files, for example, lacked a written acknowledgement from the employee that he or she had received a decision letter,

Again, GAO’s study details data and circumstances that date back, in some cases, to 2009. VA has been making upgrades to its human resources tracking system, HR SMART, in recent months. 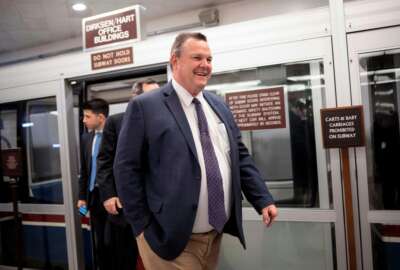