The Department of Veterans Affairs said it has the practice, the people and the technology ready for the agency’s new appeals modernization program, which officially launched Tuesday.

The new program launched on Congress’ original implementation date of Feb. 19 — a point VA was proud to point out to the public and press — is the culmination of at least three years of collaboration with lawmakers, veterans groups and partners across government.

The Department of Veterans Affairs said it has the practice, the people and the technology ready for the agency’s new appeals modernization program, which officially launched Tuesday.

The new program launched on Congress’ original implementation date of Feb. 19 — a point VA was proud to point out to the public and press — is the culmination of at least three years of collaboration with lawmakers, veterans groups and partners across government.

It began back in 2016, when VA convened a group of veterans service organizations, legislative staff and other advocacy groups to design a new, streamlined appeals process for the future.

Congress, after listening to that feedback, wrote new legislation to change the complicated, lengthy appeals process. It passed the VA Appeals Improvement and Modernization Act in 2017.

“There is no greater testament to the work, to the dedication and [to] the fact that we have the most outstanding federal workforce in this country than this department’s ability to deliver appeals modernization to 21 million veterans, should they decide to use it,” VA Secretary Robert Wilkie said Tuesday at a kickoff event in Washington, D.C. “From the earliest beginnings until today, appeals reform has been about great people and public servants making government work for those we are charged to serve.”

The previous appeals process was confusing, complicated and time-consuming for veterans. Many veterans had been waiting for five years or longer for a decision on their appeals. The board famously spent at least 25 years and 27 separate times adjudicating one appeal.

The new appeals law didn’t change the eligibility requirements for veterans or the kinds of benefits that they’ll receive. But it did change the process that veterans must go through to appeal a benefits decision they don’t like.

Under the new program, veterans have three options to pursue an appeal. First, veterans can choose the “higher-level review lane” and submit their appeal to one of two decision review operations centers in Seattle, Washington, or St. Petersburg, Florida, where a more experienced adjudicator will take a fresh look at their case. Second, veterans can choose the supplemental claim lane, where a regional office will review and assist with developing new evidence to support the claim.

The goal is to process appeals that go through these two lanes within an average of 125 days, McLenachen said.

Or third, veterans can appeal a decision directly to the Board of Veterans Appeals, which also offers three of its own options.

Veterans will receive a decision at any of these levels of review. Once a decision is made, they’ll receive a notification letter that describes why VA made a particular decision and how veterans can move forward.

The new process is designed to let veterans continue to try as many lanes as they choose but provide more decisions on those appeals more quickly.

“[For] two of the three options without a doubt you’re speeding up the decision process, [with] an average of 125 days as opposed to years,” McLenachen said. “In a disability compensation program where disabilities change, that’s really important. When you’re appealing for a number of years, your disability picture is changing. Here, we’re making quicker decisions, getting them the decision that they want so they can make a choice of … do I need to add additional evidence or should I go to the board where a veterans law judge is going to take a look at it?”

Every decision that VA makes about a veteran’s pension, disability compensation, insurance, housing or other benefit will follow this new process, McLenachen said.

Unlike perhaps other major IT projects or procedural overhauls that VA has attempted in recent years and even months, the department is confident it has the right pieces in place to achieve the shorter appeals wait times it’s been promising.

“How does it improve our training, so veterans are getting better decisions? How do we simplify it? How do we be more transparent with the outcomes? We’re convinced that we have the right approach, but it’s like all legislation,” McLenachen said. “We may have tweak a few things in the future after we run it for awhile, but we’re convinced that we do have the right approach.”

First, VA got practice. The appeals modernization law authorized VBA to test the three options for up to a year in pilot form. Some 84,000 veterans opted into the pilot, called the Rapid Appeals Modernization Program (RAMP).

“It is because of what I saw with the success of RAMP that I am so confident and positive about appeals modernization,” Paul Lawrence, VA’s undersecretary for benefits, said Tuesday afternoon.

VBA finished some 70 percent of those cases from the 84,000 opt-ins, McLenachen said.

In addition, the department has hired more employees and trained them to handle the new appeals program.

The Board of Veterans Appeals, meanwhile, has also added more staff. Congress gave the board an additional $42 million to hire more employees. The board’s chairman, Cheryl Mason, said her organization used those funds to bring the total number of veterans law judges up to 98 and 1,000 employees overall at the agency.

Training has been a major focus for both VBA and the board, as both organizations prepare to implement the new appeals program. Both organizations are implementing new customer service training with help from VA’s Veteran Experience Office.

Mason also reorganized the board itself. She launched “Board 2.0” to better prepare for appeals modernization and moved some administrative and senior staff to more veteran-facing positions.

“The board is a very resilient organization,” Mason said. “Part of it was rebuilding the confidence that we can handle it and we can do it, and the board’s staff has stepped up and shown that.”

New technology is also part of the launch. The department retired its 40-year-old legacy appeals system and designed and developed a new system with help from the U.S. Digital Service.

The new system, called Caseflow, takes a veteran’s case from the claims agency, like VBA, through certification. It uses an algorithm to assign the case to one of the board’s judges. Once the board makes a decision, Caseflow will process the outcome and can send the case back to VBA to disburse benefits, if any.

“It’s an end-to-end [system],” Mason said. “It’s been built over a period of a couple years. It’s a foundational piece, and we can continue to tweak it and build it; it’s very fluid.”

Sens. Johnny Iskason (R-Ga.) and Jon Tester (D-Mont.), the leaders of the Veterans Affairs Committee, praised VA’s implementation of the new appeals program. They said they were “optimistic” the new process would bring improvements and applauded VA’s constant communication with Congress. 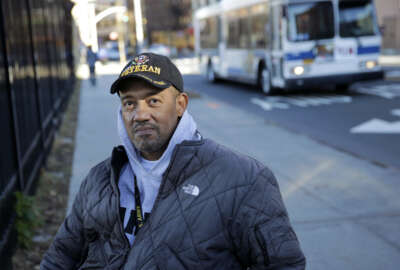 VA says it’s ready for appeals modernization, but IT upgrades have fallen behind