The Department of Veterans Affairs continues to juggle a massive IT modernization to-do list, and a bipartisan group of senators hope new legislation will help them keep better tabs on an agenda that seems to grow larger every few months.

“When veterans aren’t getting their earned benefits as a result of poor planning or IT system failures at VA, we’ve got to hold the department accountable,” Tester said. “This is especially critical as more folks seek care and services from VA as a result of the ongoing COVID-19 pandemic. Our bipartisan bill will increase transparency and provide VA with the right tools to deliver 21st century technology systems that work for all veterans.”

Specifically, the bill sets procedures for VA to come to Congress early on before launching a major IT projects.

VA should inform Congress in advance of major IT projects that cost at least $50 million a year, $200 million to implement or $500 million across the entire scope of the initiative, according to the legislation.

The bill also prohibits VA from starting major IT projects until it submits a report to Congress detailing the costs, schedule and performance of each initiative, as well as an estimate of the total acquisition, implementation and life cycle costs, an anticipated implementation schedule with specific milestones and key business and performance objectives.

The department should use these metrics as a baseline for the project, and VA will update those details each year through its annual budget submission to Congress.

If the project’s timeline, budget or requirements shifts significantly, the legislation requires VA to update Congress about those changes.

Tester and a few of his colleagues introduced a similar bill in the previous Congress, which passed the Senate but not the House.

The new version contains few technical changes and updates, and it’s an attempt to help Congress better understand the needs of a massive department with a large customer base of veterans, employees and contractors, a Senate aide told Federal News Network.

While the bigger initiatives like the 10-year, $16 billion electronic health record modernization effort or the transition to the Defense Department’s supply chain management system take center stage, VA has a long list of IT projects that often struggle to get attention and proper investments from Congress.

The department is juggling a $2.5 billion upgrade to its 30-year-old financial management business systems, as well as a needed overhaul to the VA legacy systems that administer education and housing benefits under the GI bill.

The Senate aide acknowledged VA has lower-profile IT initiatives as well that may not get the attention they deserve but still have the potential to make a big impact on veterans and VA employees.

Those projects require an investment and congressional oversight as well, the aide said.

The new legislation calls on VA to provide a list of all ongoing IT projects and an update on their schedule and costs with its annual budget submission to Congress.

The bill  asks VA to provide a single, prioritized list of unfunded IT projects with its annual budget submission. VA leadership should rank each IT project based on the benefits it will bring to veterans or the operations of the department and the costs, cost savings and risks associated with the initiative, among other factors.

A holistic view of VA’s IT portfolio will help Congress as well, the Senate aide said, especially as lawmakers task the department with implementing new legislation and programs that may require major technology upgrades.

VA in recent years has struggled to implement new pieces of legislation, including the Forever GI bill and pieces of the MISSION Act, because of IT challenges.

The VA IT Reform Act would also require the department to provide an update on the IT systems it wants to decommission, including the costs and savings associated with each effort and a transition plan to move from VA employees and other users from one platform to another.

Finally, the legislation asks VA to predict its IT funding needs for the next year, five and 10 years. The department would submit most of these reports through its annual budget submission to Congress. The congressional aide said senators were cognizant of the administrative and reporting demands VA already faces and tried not to pile on too many more requirements for the department.

“We want to have visibility on the things that have an impact,” the aide said. “They might impact thousands of vets, or it might impact a few hundred workers … and that’s important too.” 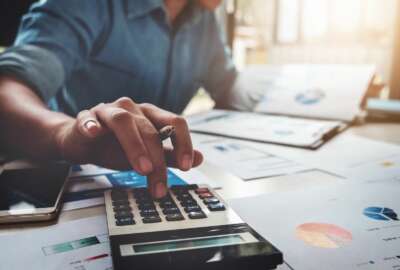 Is VA’s $2.5B financial management overhaul getting lost in an IT budget stretched too thin?